By Dilshat Zhussupova in Business on 8 November 2018

ASTANA – Kazakhstan has entered the top 30 countries in the world in ease of doing business and will continue fostering a dynamic environment, said Minister of National Economy Timur Suleimenov at a Nov. 6 government  meeting chaired by Prime Minister Bakytzhan Sagintayev. 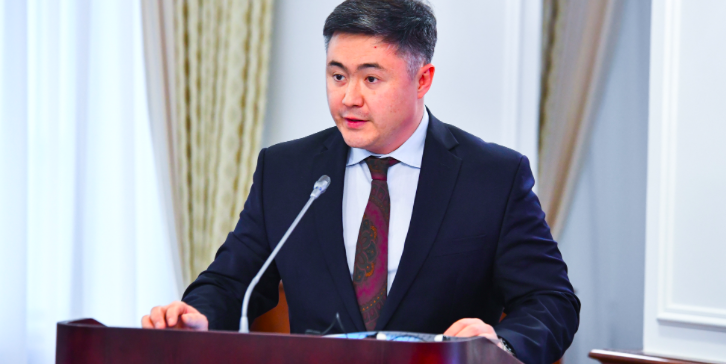 Kazakhstan jumped from 36th place last year to 28th in the 2019 World Bank Doing Business Report, the 16th in a series of annual reports investigating the regulations that influence domestic firms’ activities in 190 countries. In the Ease of Doing Business score, the country ranked higher in enforcing contracts, starting businesses, trading across borders, enforcing contracts dealing with construction permits, getting credit and resolving insolvency.

Kazakhstan shifted from 41th to 36th place in starting new businesses, having simplified the process by eliminating post-registration procedures such as tax registration, social security registration and licensing. This, in turn, reduced the time needed to open a business from nine to five days. In addition, the nation moved from 123rd to 102nd place in international trade, having introduced the ASTANA-1 IS electronic customs declaration system and trimmed customs administrative fees. The changes reduced the time and costs of border and documentary compliance for export.

Regarding the improvements, Suleimenov noted the number of documents for customs declaration was reduced to one, adding the financial costs of customs clearance for goods and vehicles have also been minimised. As of October, more than 600,000 declarations on goods have been issued electronically and without the participation of customs officials.

Kazakhstan shifted from sixth to fourth place in enforcing contracts, having simplified the process by providing open access to court decisions and statistical reports and expanding court automation so that the proportion of electronic applications is now in excess of 90 percent. The country also moved from 52nd to 35th in dealing with construction permits.

“Three suggested reforms from the World Bank have been taken into account,” said Suleimenov on Kazakhstan’s performance on contract enforcement and acquiring construction permits. “First, eliminating the need to obtain additional building permits from local executive bodies in the case that a customer has rights to the plot of land. Secondly, reducing the timeline for draft design approval by Almaty’s department of architecture and urban planning from 15 to 10 working days. Thirdly, providing the option for electronic construction commencement notification, which now takes no more than 10 minutes.”

Kazakhstan shifted from 77th to 60th place in getting credit, as it reformed pledged asset description. The country also moved from 39th to 37th place in resolving insolvency and maintained first place in protecting minority investors. Regarding the latter, Suleimenov emphasised the level of trust among companies, shareholders and board of director members has increased while continued improvement is imperative.

Although the meeting concluded Kazakhstan exhibited strong performance on several indicators, the government must continue enhancing its business environment in a systematic manner.

The seventh legislation amendment package is under consideration by the Parliament and the Ministry of National Economy is tasked with passing the draft law before year’s end to ensure improvement on next year’s indicators.

Atameken National Chamber of Entrepreneurs Chairperson Ablai Myrzakhmetov emphasised the sixth amendment package incorporated most of the chamber’s 5,000 proposals, meaning further improvement on these indicators is well under way via the coordinated work of the state and businesses. Equal emphasis was placed by various ministry representatives on the ongoing work to improve indicators on paying taxes, getting electricity and registering property, where Kazakhstan occupies a relatively low position.