By Saltanat Boteu in Sports on 6 November 2018 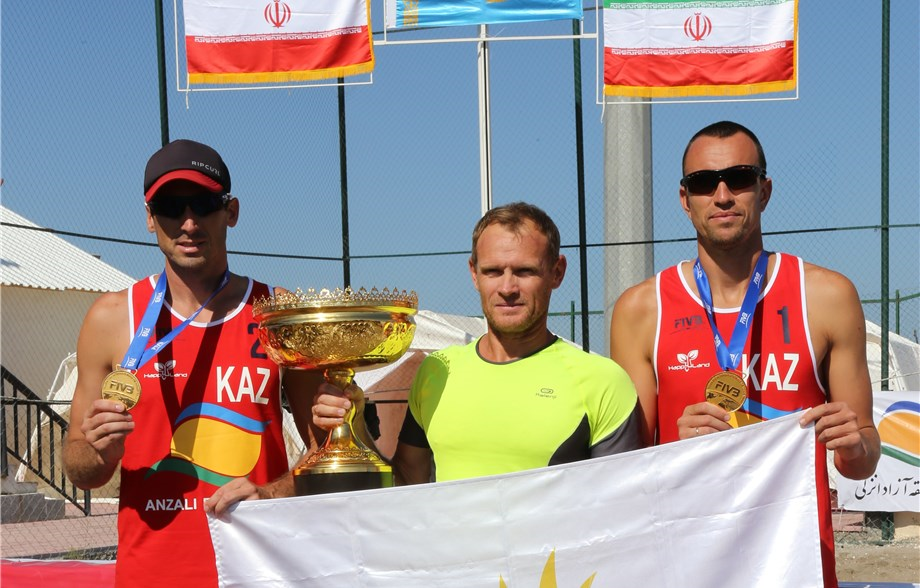 In the finale of the Caspian Sea Series, Sidorenko and Dyachenko competed against Iranians Bahman Salemi and Arash Vakili.

“Sidorenko and Dyachenko are our leading volleyball players. In competition with the strongest competitors from around the world, they managed to win a competitive tournament in Iran, which indicates their strength and serious intentions. In the final match, our duo overcame the experienced and titled hosts of the site, the silver medallists of the last Asian championship,” said Volleyball Team Coach Denis Rovkin.

In the first set, Sidorenko and Dyachenko took the lead. Near the end of the game, with the score 20-18 in favour of Kazakhstan, Vakili injured his ankle and was unable to continue the game.

In the World Tour rankings of International Volleyball Federation (FIVB), the Iranian team is at 111th and Kazakhstan team is at 187th place.

The Caspian Series third and final tour has one-star status in World Tour FIVB. Twenty-six male pairs from 11 countries attended it this year.

The main draw of the competition is 16 pairs that are divided into four groups. The best 12 pairs are directly seeded into the main draw. The remaining four places are for the best teams of the qualifying round.

This year, the main draw of the tour consisted of five pairs from Iran, one pair each from Poland, Slovenia and Thailand, and two pairs from Kazakhstan. The Kazakh teams included the pairs of Bogatu and Yakovlev, and Sidorenko and Dyachenko in the main draw and Aldash and Mohammad, and Kuleshov and Petrosyants in the qualifying round.