Investment into Kazakh geology and subsoil use industry to be heavily incentivised, says minister

By Dilshat Zhussupova in Business on 15 November 2018

ASTANA – The geology and subsoil use industry is a significant contributor to Kazakhstan’s economy, accounting for approximately 50 percent of investment inflow, and is undergoing major reform, said Kazakh Minister for Investments and Development Zhenis Kassymbek at a Nov. 13 government meeting. 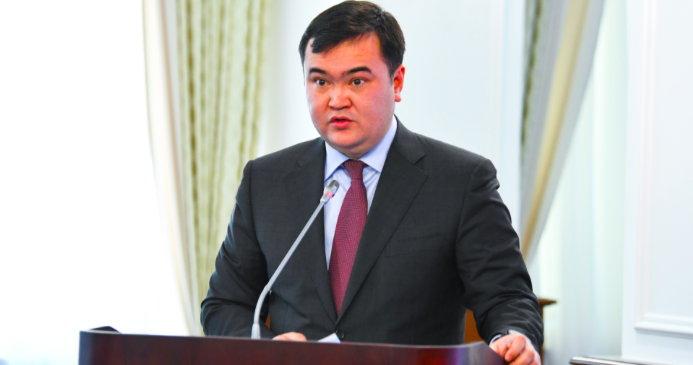 The recently adopted and implemented code on subsoil and subsoil use corresponds to international approaches to geology and subsoil use regulation and is an example of the industry’s major regulatory reform.

“Under the code, the first-come, first-served principle was introduced, terms for granting subsoil use rights were reduced, the state subsurface resources management programme was adopted, freer access to geological information was provided and many administrative barriers were eliminated,” said the minister.

In the Fraser Institute’s recent ranking on investment attractiveness in geology and subsoil use, Kazakhstan improved from 73rd to 24th place among 104 countries. Kassymbek put forward that reform of imposing royalties on the sale of raw materials in place of the existing mineral extraction tax would allow for further improvement. Save for Kazakhstan and Russia, countries with a booming mining industry have adopted this practice.

A national database of mineral resources will also launch in late 2019 under the Digital Kazakhstan programme. Funded by Kazgeology, the data bank will increase investment inflows through easing investors’ access to subsoil use and ensuring accurate information and the transparency of state bodies and subsoil users’ activities.

“These kinds of databases exist in all the leading countries of the mining and metallurgical industry. This system will combine all historical geological data and deliver it in a modern format,” said the minister.

In addition, the ministry is to allocate grants for geology training and retraining and update training programmes with the Ministry of Education and Science, given the industry’s shortage in human resources despite more than 1,600 Kazakh university students training in geology and 41 studying under the Bolashak programme abroad.

“There is a gap in continuity,” said Kassymbek. “The average experienced geologist is close to retirement, while young professionals have only recently completed training.”

The minister noted that electric vehicle engines and smartphone fillings have sharply increased rare earth metal demand. Given the industry’s new trends and technologies, “additional budget financing is needed for geological exploration and incentivising investment in the search for rare earth elements to improve Kazakhstan’s competitiveness,” he said.

Investments have been attracted through public-private partnership projects with Kazgeology, with market leaders, such as Rio Tinto conducting research and transferring technology in the country. Investors are usually interested in pre-studied objects, necessitating early-stage research in the country.

“The increase in state funding of early-stage exploration to 20 billion tenge (US$53.47 million) annually will improve the sites’ investment potential,” he noted speaking about the 1.2 million square metres available for geological study in Kazakhstan.

Upon hearing the report, Kazakh Prime Minister Bakytzhan Sagintayev called for greater efficiency in replenishing the country’s mineral resource base. He emphasised the importance of fully utilising Kazgeology in realising these goals and tasked the Ministry of Finance with securing additional financing for the industry.