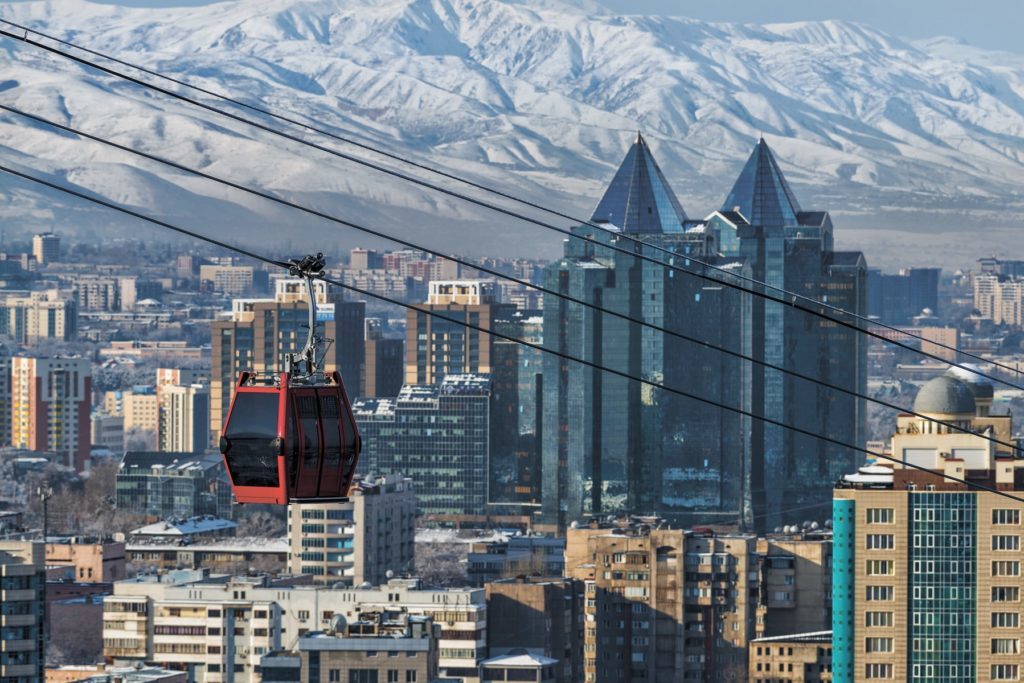 In September, Almaty city Department of Architecture and Urban Planning published its plan to rebuild some of the central streets of Kazakhstan’s largest city. Kazybek Bi Street will be reconstructed in the 4.07 hectares from Dostyk Avenue to Nauryzbai Batyr Street. The plan is to plant 1,288 trees, change the colour of house and public building façades and install bins and lights.

This year, the city administration has been working on improving pedestrian walkways on Abai, Abylaikhan and Nazarbayev avenues, Republic Palace Square and Gogol and Zheltoksan streets. The reconstruction process, however, did not involve the public in the discussion.

Experts noted the information published on the department website and its Facebook page, which mostly includes before/after images, is insufficient to draw conclusions and understand the scale of the work.

“During two weeks, our experts were working, examining materials and projects and collecting documents that we have consolidated into a single presentation. The main task was to examine the planned project taking into account three questions – what information is lacking, what we can conclude from the proposed material and whether we can take into account the experience from past years,” said Urban Forum director Assel Yeszhanova to open the meeting.

“The point is that we, as citizens, learn about the upcoming reconstruction post factum and we could no longer have a voice in the decision-making process. We must take part in these projects at the invitation of the city administration and not gather at a neutral platform. Our experts analysed the reconstruction plan, but the information is not sufficient,” he added.

“We started to study the projects published on Facebook and their official website and it was evident from the start that this information is not sufficient to make conclusions in full,” she said.

Uali underlined the need for project documentation, an important link in the process from contract to working project.

“When we see that, for instance, Kunayev Street [three kilometres subject to renovation] has only one picture, there is not a general plan, façades or any information about the materials’ use. We would like to note this and receive some feedback from the department and receive, first and foremost, the general plan. We also would like to know whether there was any concept design stage. It is a very important part, because we are talking here not about an individual building, but the city where thousands and hundreds are living and we need to bring this to discussion,” she added.

Experts raised questions about the streets’ capacity to manage precipitation and runoff, which has proven to be a serious problem for the city after heavy spring and summer rains and the failure of the sewage and water management systems to properly control them.

They also underlined the lack of lighting at roads and walkways and need to adapt streets for the low mobility population.

The plan should be more practical, they noted, and take into account historical buildings located on the streets.

“It would be good if the architecture and urban planning department published the list of buildings with their addresses and type of planned work. The status of buildings should also be mentioned. Many were built in different years and different styles. We need to assess to what extent these buildings need reconstruction,” said sustainable transport expert Elena Yerzakovich.

“Changing the cladding and colour of some façades contradicts the goal to preserve the architectural landscape of the Almaty historic centre. In particular, the colouring of natural stone on some buildings subject to reconstruction in 2019 is unacceptable,” experts stated in the document with recommendations.

Petr Smirnov, speaking on behalf of residents, questioned the need to renovate the central streets.

“The key question is whether we need these projects in the central part of the city, which is in proper condition now. Many wonder why we are dealing with the centre and not doing anything with the city’s peripheries,” he said.

“We will take into account, without doubt, all your comments. We will once again raise some serious issues and will make changes to the project documentation. We would disagree with you at some points, because there are still certain construction norms and requirements of the current legislation. I would like to note that all our projects are evaluated by international experts,” he said.