By Staff Report in Business on 15 November 2018

ASTANA – Changes in Russian rouble rate should not be directly projected on tenge and Kazakhs are better off paying attention to the level of inflation instead of currency fluctuations. These opinions were expressed at the Nov. 8 Forbes Club business breakfast, the first in a series of such events. 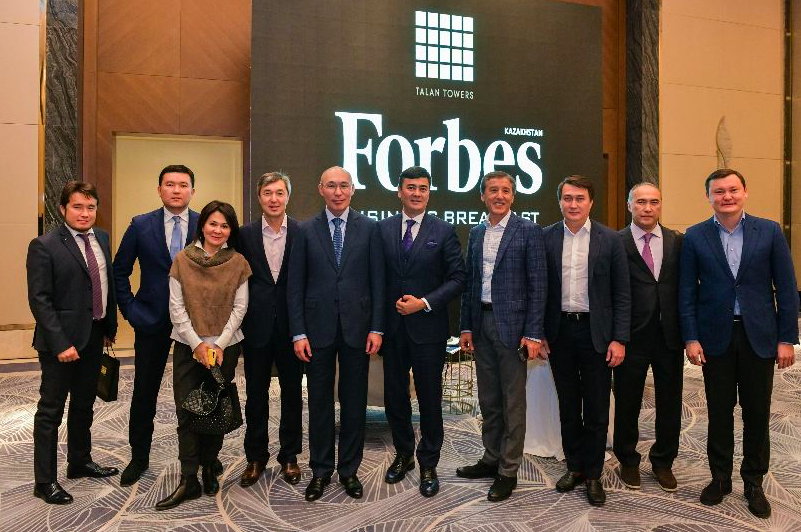 Business people chose Astana’s landmark Talan Towers, the first “A” class mixed-use development in the capital as a place for the meeting to discuss economy issues and developments in currencies.

“I expect our business breakfasts to become a good platform and after the event you will have new ideas, contacts and networking opportunities. I would like to thank our keynote speaker, Kairat Kelimbetov, especially since AIFC is important and relevant now, not only for Kazakh entrepreneurs, but for the investors around the globe,” Forbes Kazakhstan publisher Armanzhan Baitasov said in his welcoming remarks.

According to the Chairman of Kazakhstan Development  Bank Bolat Zhamishev, the Kazakh economy is in a tight relationship with Russia’s, yet it should not be construed that the changes in the Russian rouble rate are directly projected on the tenge.

“I would object to the notion that the tenge currency rate curve should repeat exactly the ups and downs of the Russian rouble curve. Why? First, if we talk about our economic relations, direct Russian investments into our economy make up [only] 5.7 percent of the total, while foreign direct investments into our oil and mining sector are 80 percent. … It’s clear that foreign direct investments made in rouble do not affect our economy, while our trade balance does,” he said. 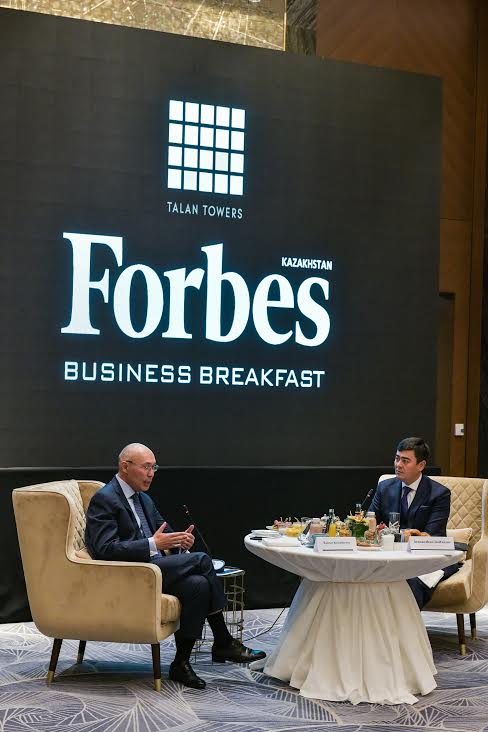 In his turn, Astana International Financial Centre’s (AIFC) Governor Kairat Kelimbetov expressed his opinion that the fluctuating tenge rate should be accepted as a norm and instead citizens of the country should pay attention to inflation rates and make investments accordingly.

“The population should not be worried about the currency rate, but about the inflation rate,” emphasised Kelimbetov.

Kelimbetov went on to introduce the work of AIFC and discussed its importance for citizens, business people and local and foreign investors. In his opinion, AIFC is an important institution for the Kazakh economy on all levels – it is relevant both for the activities of big corporations as well as for small and medium businesses. 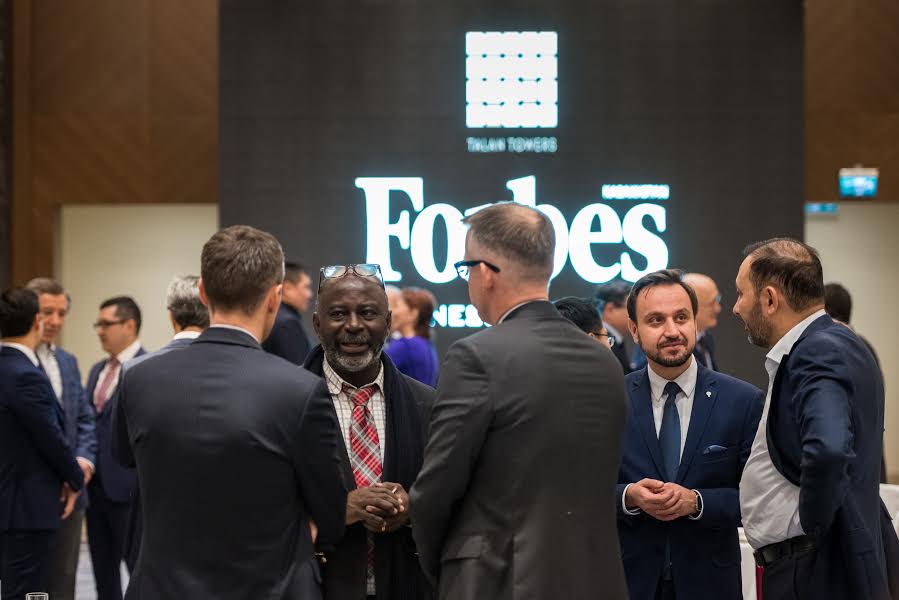 Forbes Club members plan to go on meeting at Talan Towers, which gives its residence easy access to AIFC activities.

Talan Towers is the first mixed-use development in Kazakhstan recognised by LEED Gold certificate (Leadership in Energy and Environmental Design) according to international standards of “green buildings.” 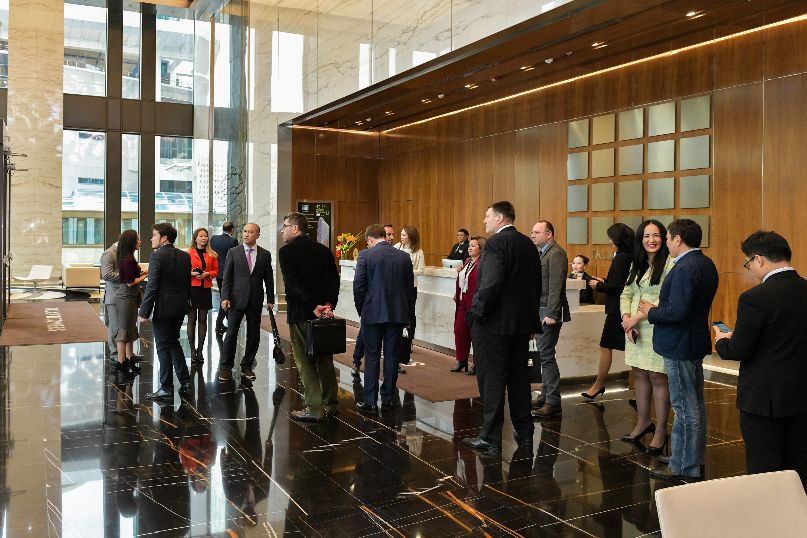 “Talan Towers is unique in Kazakhstan complete with A-class offices with high quality infrastructure, wonderful views and thought-out design This type of building including its inner content – the hotel and offices – makes an indelible impression. I can say for sure that the guests who are going to visit Astana experience the city through living in the hotel,” said Verny Group General Director Erlan Ospanov.

“These are the architects who designed Burj Khalifa, Freedom Tower and Empire State Building, which is in New York, and they entered Astana with the Talan Towers project. All of this was coordinated by American company Turner International. More than 100 international companies took part in the construction of the Talan Towers. The owner of the complex is our company, Astana Property Management,” noted leasing manager Almas Nyssanbayev.