By Saltanat Boteu in Tourism on 12 November 2018 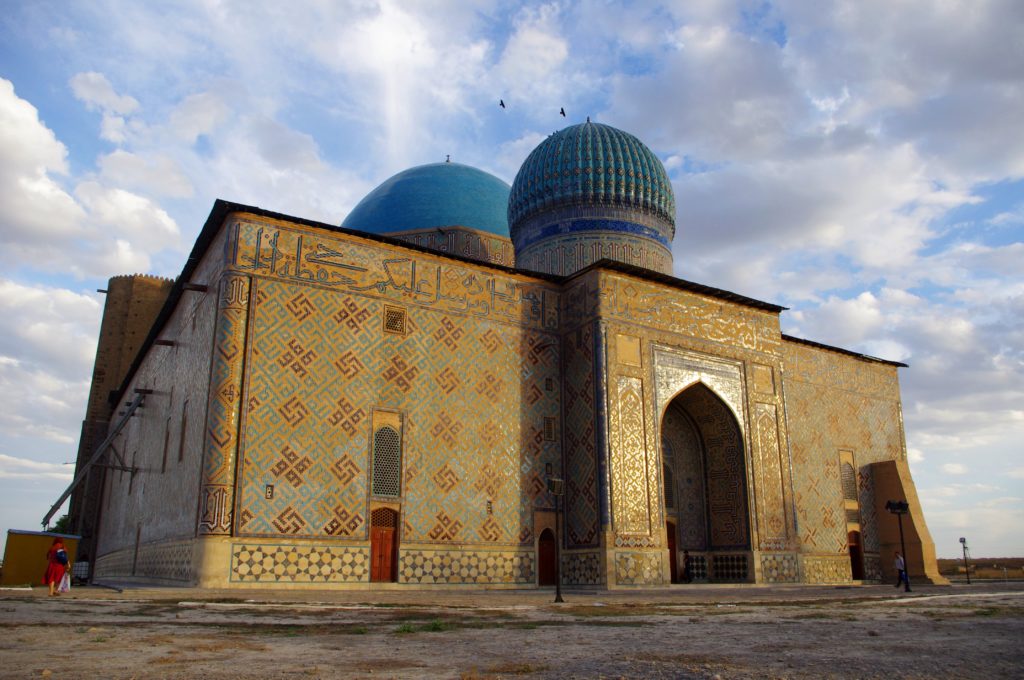 The videos and documentaries were produced by the Kazakh Ministry of Culture and Sports as part of the Sacred Geography of Kazakhstan project, which seeks to showcase Kazakh attractions worldwide.

The 40-second videos in mobile format were produced for social networks in Kazakh, English and Russian languages.

“These videos are business cards of the regions, where sacred objects are located. They are [made] for recognition of Kazakhstan, its cultural context in the world as a country with a rich spiritual history and long traditions. Also, they contribute to the development of foreign and local tourism,” said Kazakh Culture and Sport Minister Arystanbek Mukhamediuly in a meeting to present the project’s results.

The series of films “Sacred Geography of Kazakhstan,” “Golden Warrior,” and “Mausoleums of Khoja Ahmet Yassawi and Aisha Bibi” were also produced with the participation of the BBC World News TV channel. The shooting took place in the cities of Issyk, Ushkonyr, Turkestan and Kapchagai.

The documentary historical films “Kultegin. New Perspective” and “The Land of Nomads,” which were filmed in Eastern Kazakhstan, were made with the American company Castlefilm with the participation of the famous actors Cary Tagawa, Mark Dacascos, Bai Ling and Michael Madsen.

“The film will popularise the tourist cluster of the region, we need to introduce it to the world’s tourists. Now there is a great interest in the nomadic culture… I think that, other regions following the example of the East Kazakhstan region will consider this idea and many popular stars will visit our country,” said Producer  Arman Asenov.

“We want to show the real power of Kazakhstan, because the people are its most important wealth,” added Tagawa, American actor of Japanese origin.

Most of the films were released with subtitles and dubbing in six United Nations languages and broadcasted on Discovery, Viasat history and National Geographic TV channels with an audience of more than 700 million people.

In November, in cooperation with BBC World News, it is planned to launch the Travel Shows of Kazakhstan project, which includes five programmes on tourism opportunities in Kazakhstan.