By Staff Report in Astana on 1 November 2018

ASTANA – The speed on certain sections of bus lanes in Astana will be reduced to decrease the number of traffic accidents, said Deputy Chairman of Astana LRT Beibut Yeszhanov at a recent press conference. 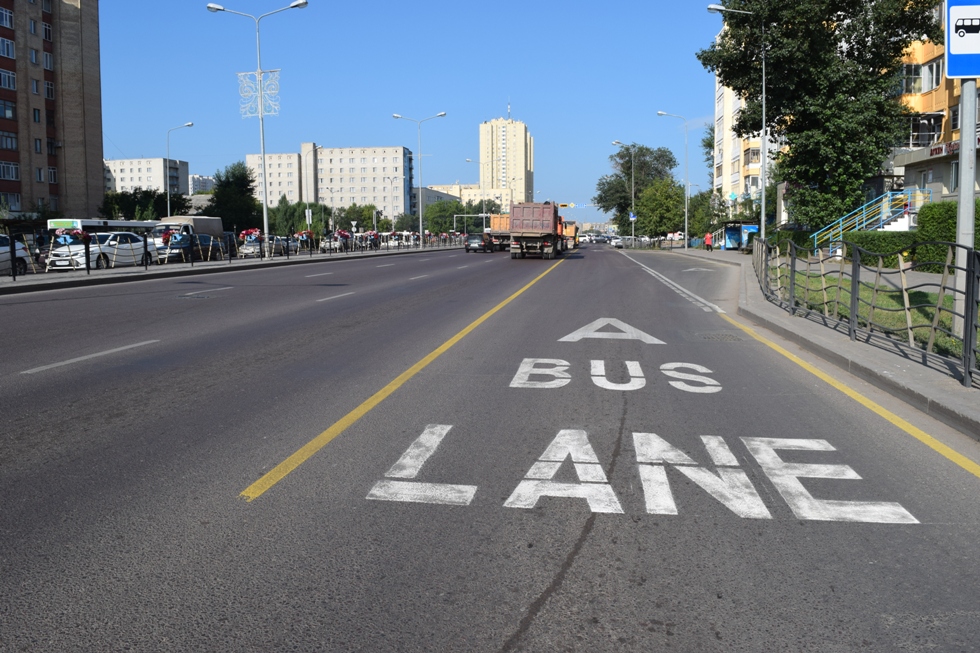 To reduce the number of accidents involving cars and public transport, the Administrative Police Department of Astana Internal Affairs and Astana LRT transport company started work to limit bus lane speeds. The police department has designated several sections of the lanes, where speeds will be limited.

“As a proposal (to reduce the number of accidents), the only way is to reduce the speed of public transport on the bus lane. But even having reduced speed, drivers and pedestrians should be vigilant,” said Yeszhanov.

The possibility of introducing this practice on certain sections of the lane is being considered. Astana LRT and the police department have already marked emergency sites. After several accidents, signs of 50 and 40 kilometres per hour were installed at these sites. Analysis of the sites will continue.

In this regard, road users are advised to be attentive since a set of road signs 3.24 (the article about maximum speed limit) and 7.14 (the article about lane) will appear above the public transport lane. The first such sign has already appeared on Turan Avenue.

According to the police department, currently, road gaps are also being studied with the possibility of increasing the speed of movement to improve turnover capacity.

If this practice decreases the number of traffic accidents, the speed at other problem areas will be reduced.

This initiative is being implemented with the Astana Passenger Transport Department and the police department.