By Saltanat Boteu in International on 7 November 2018

ASTANA – The Astana Club international forum will host a Nov. 12-13 annual meeting of 50 leading experts, politicians and diplomats from 33 countries. The fourth meeting will be dedicated to the prospects of building Eurasian strategic architecture in a multi polar-context and strengthening medium-sized powers’ capacity to shape a new geopolitical reality. 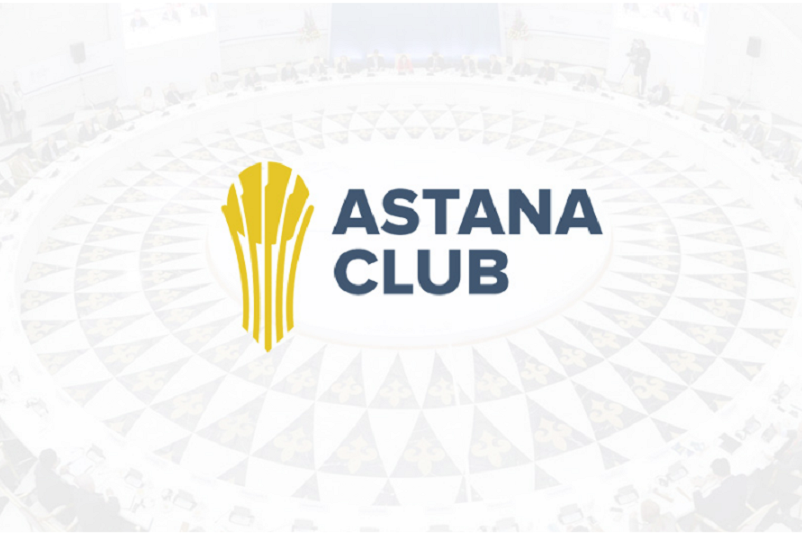 Astana Club is one of the largest international platforms where the global expert and political community gather. According to Institute of World Economics and Politics (IWEP) Director Yerzhan Saltybayev, the club is unique to Central Asia, given that other platforms are more narrow or wider in scope.

“The International Discussion Club Valdai is engaged in the promotion of the Kremlin’s foreign policy. The Boao Forum in China is focused on Beijing’s agenda. The World Economic Forum covers [everything] from financial markets to the problems of the Earth’s ozone layer. Astana Economic Forum (AEF) is focused on issues of economic development. Herewith, except for the AEF, Central Asia and Kazakhstan are the objects for discussion on other platforms. Astana Club’s format makes Kazakhstan a shaper of the international agenda discussion,” said the director.

This year, the meeting’s theme is “Toward a Greater Eurasia: how to build a common future.” The discussion will centre on prospects for building Eurasian strategic architecture in a multi-polar context, which strengthens medium-sized powers’ ability to shape a new geopolitical reality. The panel sessions’ themes include future scenarios on a Greater Eurasia, prospects for development of the Belt and Road Initiative, the Eurasian Economic Union and modern transformation processes in Central Asia.

“The current meeting will take place in a difficult time… The world entered the era of new protectionism, which is characterised by a more nationalistic agenda and internally-oriented policies of major states, increased military activity, cross-sanctions and mutual trade wars. These processes provoke new conflicts and aggravate the existing contradictions,” said Saltybayev. “Kazakhstan seeks to contribute, providing its platform and making efforts to obtain a consensus between interests of all Eurasian countries.”

This year, 11 former presidents, four former ministers of foreign affairs, a Nobel Peace Prize laureate, the President of United Nations’ 67th General Assembly, seven authors of world bestsellers in geopolitics and 21 experts in international relations, geopolitics and economics will participate in the event.

“We do not pursue quantity but focus on quality. We strive to create a dialogue, to hear the opinions of each state that is actively interested in strengthening international cooperation,” emphasised the director.

The main outcome of the 2018 meeting will be the presentation of “the Global Risk Rating for Eurasia in 2019.” The rating is based on a survey of more than 1,000 experts from 60 countries, and 30 experts provided their substantive opinions on global risk assessment.

The Astana Club was created in 2015. The organisers are the Foundation of the First President of the Republic of Kazakhstan – Elbasy and IWEP. The main themes of discussion are geopolitical, security, and economic issues in Eurasia.

The topic of the first Astana Club was the “Geo-economics of Eurasia.” The second meeting in 2016 was on the opportunities and challenges of the upcoming transformations in the region. The third meeting was held under the motto “Big Eurasia – 2027: confrontation or partnership.”

In 2017, for the first time, a panel session was organised for mass media and national experts, moderated by Stephen Sackur, the host of the Hard Talk programme on BBC. This year’s discussions will also be open to media.