By Saltanat Boteu in Culture on 20 November 2018

ASTANA – Kazakh contemporary artist Suinbike Suleimenova presents a documentary about artist Lidia Blinova as a part of Focus Kazakhstan project that lasts Oct. 2018 – March 2019. For her, the film is an achievement of art activism that contributed to the revival of Kazakh contemporary art history and women artists’ representation. 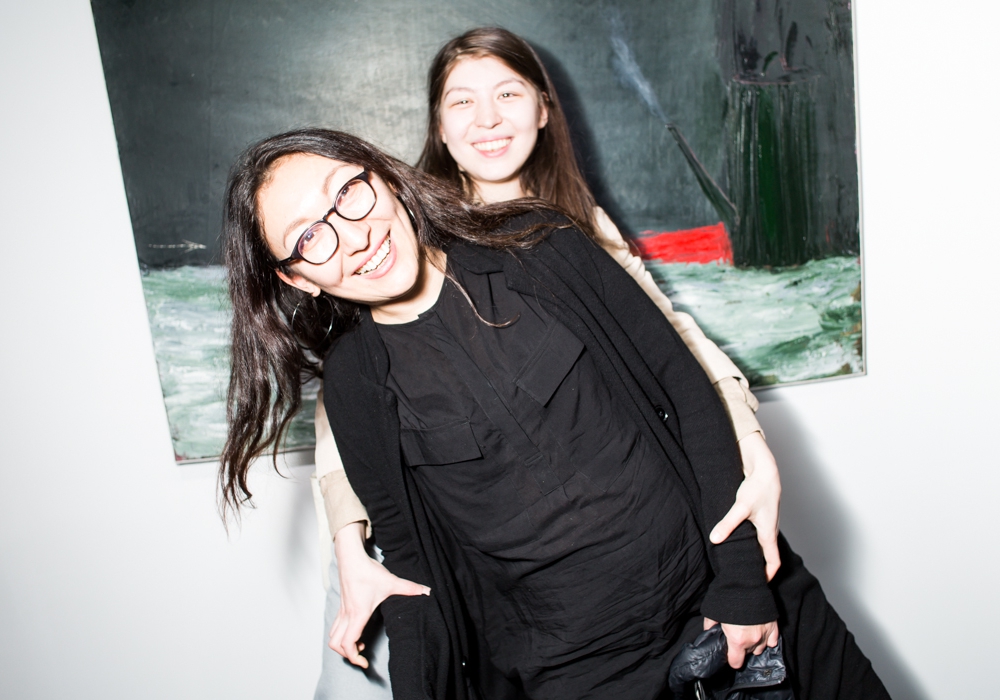 The movie was made for Berlin’s Bread and Roses exhibition and continued to be shown in Kazakhstan. The display was dedicated to four generations of Kazakh women artists. One of the participants of the exhibition, contemporary artist and Suinbike’s mother Saule Suleimenova, devised the idea for a movie about Blinova, wife of artist Rustam Halfin. The two artists made the movie for the exhibition and presented it in the capital.

“She [Lidia] is a bridge between avant-garde and contemporary art. Among the art movement that existed during that time – socialist realism, modernism – she made something close to avant-garde and [slowly] distanced herself from avant-garde to contemporary art along with Rustam Halfin,” said Suinbike Suleimenova. “In the Soviet times, being an artist always had to entail official portraits, pastoral landscapes or working in the style of social-realism in any way, all of which Lidia successfully avoided and never wanted to be associated with.”

A major part of the film consists of interviews with Blinova’s friends and colleagues.

“People interviewed in the movie are those who knew her well because there are many people who know Halfin [but little who knew Lidia],” she noted.

She indicated the movie had several tasks to fulfil, among which the main one was to find the origins of the Kazakh contemporary art.

“[First,] how a woman artist exists, [why and when] she calls herself an artist then and now. Then, the other no less important issue is how we archive and preserve, where all these [artworks] disappear. Also, a connection between these two ideas – between heritage and the feeling that you are important enough to preserve and archive your works. If there is not enough self-confidence, [your] heritage will disappear, especially when it’s an artist who treats her works carelessly,” she added.

To show Halfin in the movie was strategic.

“It was a contrast to show how much is known about him and how little about her. […] I hope that the movie touched upon [the theme of] what belongs to whom when the work is made in a group of artists and the group takes the name of one artist,” said Suinbike Suleimenova. 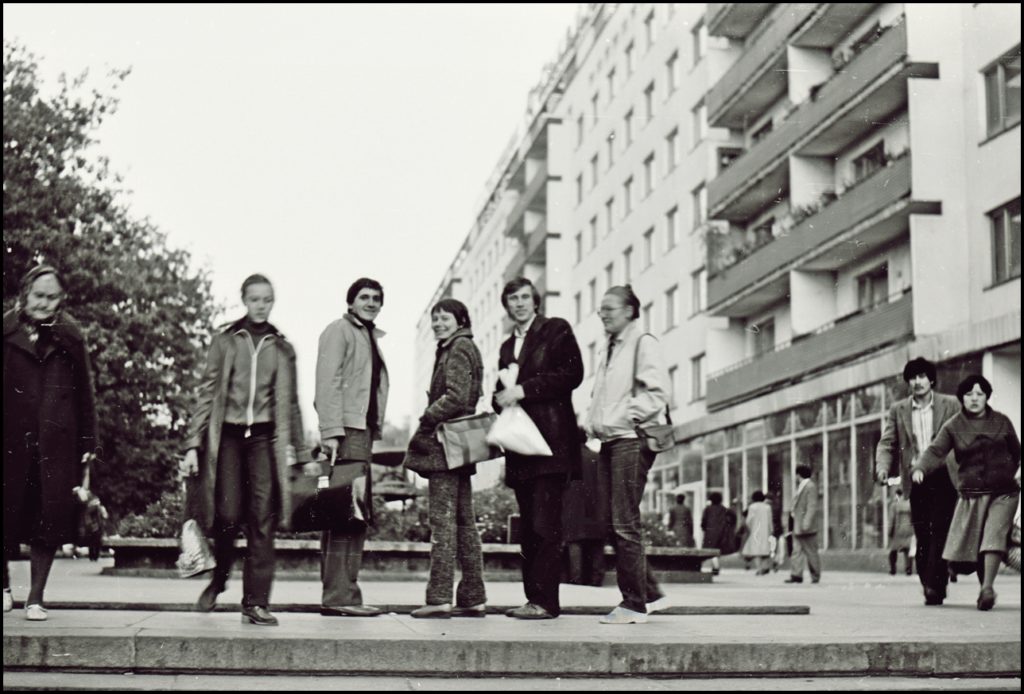 Lidia Blinova (in the middle).

“Ruhani Zhangyru (Modernisation of Kazakhstan’s Identity) programme held roundtables and invited artists to the discussions about the conditions of Kazakh art. They invited all artists, members of the [Kazakh] Artists Union, artists from different cities of the country, from various fields such as graphic artists, painters and of different generations including contemporary art who were underrepresented before,”she added.

The discussions were a form of art activism, when artists supported certain social groups and reacted to acute social issues to attract people’s attention. In turn, the roundtable led to organising the Focus Kazakhstan project as part of the programme.

“When Focus Kazakhstan appeared […] there was a decision  to organise [art] residences for Kazakh artists. Two groups of artists were sent to Momentum Worldwide in Berlin,” said Suinbike Suleimenova.

The practice, known as the artists in residence programme, offers them the opportunity to travel abroad to study and create their work. Professional artists’ residences require the individual to have a portfolio and an idea. The artist picks several courses and, at the end, produces a work based on the idea and using the skills acquired during his or her residence.

The host country or organisation usually funds all spending or artists pay the costs themselves. In this case, the Kazakh government funded the groups in Berlin for two months.

“It was the first time for an artist in residence to practice in Kazakhstan,” she noted.

The residence was organised by curators David Elliot, Menlybayeva and Rachel Ritz Volloh, who were also the curators of the Bread and Roses exhibition.

Suinbike Suleimenova is interested in different spheres such as music, poetry and cinematography. Although genres are necessary, she believes they might make an artist stick to their frames and rules. Therefore, she prefers to call herself an author in Russian, the equivalent of an artist in English. She is the organiser of the FemAgoraCA festival, FemFilmCA and MEDIA Rights initiatives.