ASTANA – Almaty and the capital recently honoured the memory of figure skater Denis Ten, the 2014 Olympic bronze medalist and first Kazakh to stand on the podium at multiple world championships, who was murdered this summer during a carjacking attempt. The former city installed a memorial plaque on the house where he was born and raised, while the latter presented a photo exhibition dedicated to his memory. His family, colleagues and fans attended the ceremonies. 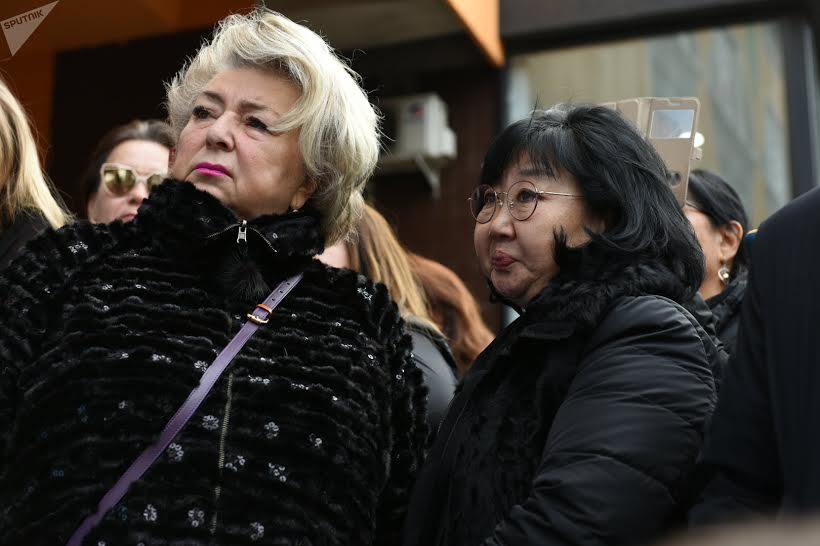 “He wanted to live only in this country and glorify only this country. Unfortunately, it so happened that he died in the country… He glorified his homeland. Millions of people who watched all his speeches searched for Kazakhstan on the map, because everyone knows where he is and everyone has learned [about the country] through him,” Russian trainer Tatyana Tarasova said through tears.

“He worked in Moscow under the leadership of Lena Vodorezova for a long time. She invited me and I helped… and I was so happy, you know… I ran him at full speed every day for training, because communication with such a talented person makes you happy,” she added.

“The bright memory of Denis will always be in the hearts of all Kazakh people and we will do everything to make it so,” he said.

“We consider Denis our common achievement… The flight of the star was interrupted cruelly, treacherously. It made us all stand still, from all [that has] happened. We, Russians, will always remember him,” said Yevgeny Bobrov, Consul General of the Russian Federation.

The plaque was mounted on the house at 46 Nazarbayev Avenue and the D10 world exhibition opened Nov. 10. Participants noted they came not to grieve, but to honour the memory of the outstanding athlete.

Minister of Culture and Sports Arystanbek Mukhamediuly noted Ten was and remains an example for the younger generation. For ten days, fans will be able to see photographs from various events taken during the athlete’s lifetime, as well as a special video project created by his colleagues and friends. Entrance is free.

“Personally, it is difficult for me to be here, because Denis was my friend. Emotions are very mixed, but the exhibition is very beautiful. It was very hard now to watch the video from the show Denis Ten and his Friends, because it was just recently. Of course, Denis was a great athlete, the hero of his people, and he will always remain in our hearts,” said Russian skater Yelena Radionova.

Ten was attacked on one of Almaty’s main streets July 19 as he tried to detain the thieves with mirrors from his car. He was taken to the hospital, where he subsequently died from blood loss. Ten was 25 years old.