By Zhanna Shayakhmetova in Nation on 9 November 2018 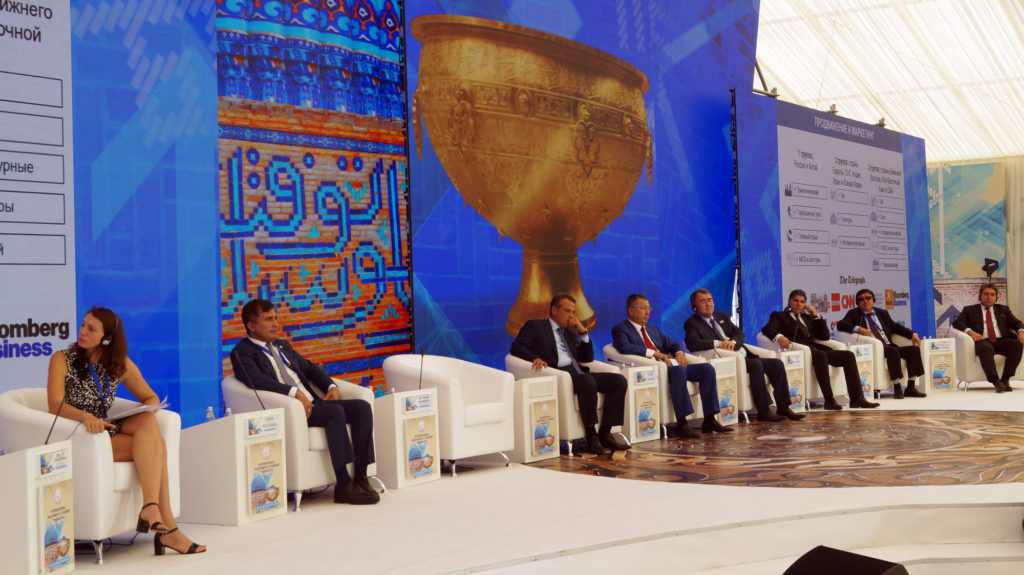 Among the agreements is a pledge by the Iranian company Ardabil Petrochemical to invest in the region’s $205 million oncology centre and in the construction of an oil refinery. The Chinese company Changchun Longyuan Power Equipment agreed to contribute $648 million to the production of power plants and goods. The Shanghai Lianfu New Energy Science & Technology Group will build in a $340 million plant to manufacture solar-powered electric buses. Green Land Alatau and Russian investors will allocate $180 million to build a greenhouse. 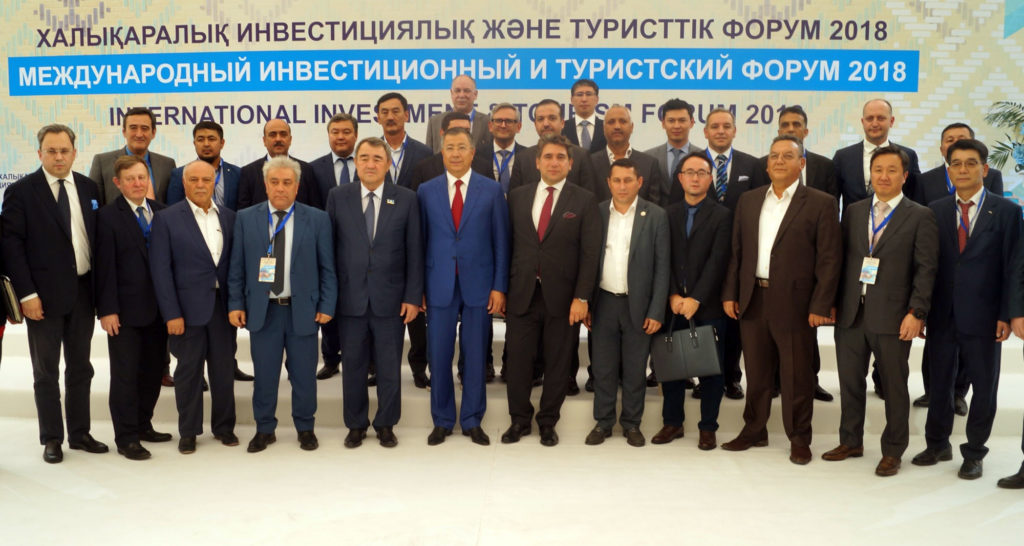 “This year we attracted 163.5 billion tenge (US$440 million) in investments. The forum was held to develop the investment and tourism attractiveness. More than 500 entrepreneurs from 17 countries attended the event,” said Tuimebayev.

Work is underway to create a Turkistan special economic zone. The land with full infrastructure and tax incentives for 25 years is expected to help incentivise projects in the tourism sector, construction and industry.

Currently, nine industrial zones operate in the region. The local financial institutions have said they are ready to co-invest up to $3 million in projects with foreign capital.

Overall, it is planned to ensure employment for 65,000 people as part of the Enbek Productive Employment and Mass Entrepreneurship Development Programme. Some 58,700 residents have already received jobs and 7,953 people took part in training.

The region will organise 168 events as part of the Ruhani Zhangyru (Modernisation of Kazakhstan’s Identity) state programme, the akim said.

“The head of state noted that the Turkestan region is one of the great achievements of spiritual modernisation and set a task to make Turkestan a spiritual centre of the Turkic world. As a result, we launched 21 tourist routes to the sacred sites and cultural monuments. We are developing the Ontustik TourAudio mobile app in several languages ​​and special videos about the sites included in the Sacred Map of Kazakhstan and of the Turkestan region. The QR codes were installed at 35 tourist sites. Yesterday, the millionth tourist arrived in our city. He is from the U.S. Compared to last year, the number of tourists increased by 57.2 percent. We must effectively use the potential of the region,” he said.

The number of tourists is expected to reach five million by 2025 with the implementation of the tourism industry development concept 2018-2025.

Three hotels, a hostel, two sanatoriums and a travel company will be built in the region. By the end of this year, 14 tourist facilities will be launched including hotels, recreation areas and sanatoriums. The Kaskasu mountain-skiing base and beach tourism will be improved at the Shardara reservoir. The Saryagash resort will be expanded.