Kazakhstan in recent years has been intensively turning into a Central Asian transport hub. Our country is often called the bridge of Eurasia, based on the geopolitical location in the centre of a vast continent. 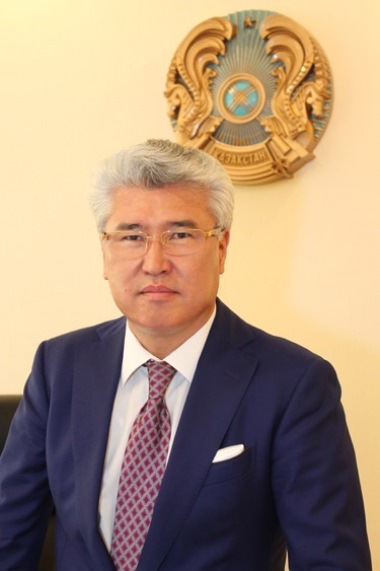 The construction of logistics centres, international airports, terminals, cross-border cooperation centres, road infrastructure and other objects that have become integral elements of the Silk Road Economic Belt enabled Kazakhstan to take a favourable geographical location within the Belt and Road Initiative.

For instance, the transnational infrastructure project and Western Europe-Western China transport corridor are designed to strengthen the links between Europe and Asia. A similar strategic goal is pursued by the Khor gos Kazakh-Chinese cross-border cooperation centre for building the commodity distribution infrastructure on the South-East-North-West international economic corridor. The Khorgos centre receives 21,000 visitors per day, 6,000 from the Kazakh side and 15,000 from China.

Thus, the country’s unique transit capabilities increase the potential of tourist and other flows every year.

Kazakhstan, located at a distance of a five-hour flight with China and India, has a very favourable geographical position in terms of attractiveness for tourists. This aspect creates new opportunities for the development of the tourism industry in Kazakhstan and contributes to strengthening the strategic and economic partnership between Kazakhstan and these countries, with an important component – tourism.

In this regard, by the decision of the Kazakh government a 72-hour visa-free transit regime for staying in Kazakhstan was introduced in the beginning of 2018 for Chinese and Indian citizens travelling through Astana and Almaty international airports.

At the same time, the availability of valid air tickets of Kazakhstan airlines for flights to Kazakhstan and further to third countries is an obligatory condition for such transits.

Earlier, the citizens of the People’s Republic of China enjoyed a similar regime during EXPO 2017. Then, the number who availed themselves of this option reached 4,361 Chinese citizens (3,743 passengers came through Astana and 618 came through Almaty), which is about 30 percent of the total number of transit passengers from China.

Astana is the capital of the Great Steppe, a modern city that is attractive for tourists and comfortable for residents and visitors of Kazakhstan. Today, Astana is not only a major political centre of Kazakhstan located at the intersection of the main development networks of the country, it is a leading city that sets the tone for the innovative development of Kazakhstan, but at the same time preserves the national characteristics. Ethnoaul complex near Kazanat racetrack offers tourists Kazakh national culture and art. The National Museum is the most modern museum of Kazakhstan. Baiterek Monument remains a true symbol of Astana. The Pyramid (the Palace of Peace and Harmony) is a symbol of unity of different religions, ethnicities and cultures, the openness of our people and state to the whole world. Hazrat Sultan Mosque is built in the classical Islamic style with the use of traditional Kazakh ornaments.

Similarly, in the southern city of Almaty, a large number of attractions entice foreign guests. The oldest park of the city, the Park named after 28 Panfilov Guardsmen, is one of the most picturesque town planning ensembles of the city. Kok-Tobe is one of the original symbols of the city and its highest structure. Medeu ice rink is a state monument of urban planning and architecture of international importance. Shymbulak is the most popular ski resort in Kazakhstan. Charyn Canyon is a natural monument composed of sedimentary rocks, where the most interesting place is the Valley of Castles. Tamgaly-Tas, which means “stones with signs,” is an outstanding monument of art, history and culture.

The regime in place now is a pilot regime and is valid until the end of 2018. Following the results of its approbation, the issues of its extension and application to the citizens of other countries of the first priority from the point of view of inbound tourism will be considered.

At present, the key markets for Kazakhstan are countries such as Bahrain, Iran, Iraq, Israel, Kuwait, Oman, Qatar, Saudi Arabia and other countries of the Middle East.

The potential of the 72-hour visa-free regime for transiting Chinese and Indian citizens from the point of view of passenger flow is very high. Today, judging by the results of the first nine months of the year, it demonstrates a steady growth of arriving transit passengers, which, in its turn, has a positive outlook for the results of the full year. The total number of citizens of China and India using the regime exceeded 19,000 people, who according to the most conservative estimates provided income to the economy of Kazakhstan for a total of more than $14 million.

In addition, the above-mentioned decision of the Kazakh government significantly simplified the process of registration of foreigners entering Kazakhstan with visas. A foreigner who has a visa is exempted from applying to the migration service for registration, since information about the place of his/her stay in Kazakhstan and the route of travel have already been submitted in the invitation. The possibility of electronic registration of foreign guests in the visa-migration portal has been introduced at Kazakhstan hotels.

Currently, within the framework of the preparation of the state programme for the development of the Kazakh tourism industry until 2023, the Ministry of Culture and Sports in cooperation with international experts is considering the issue of prolonging the regime for an indefinite period and expanding the list of countries with an increase in the conditions for a one-time stay in Kazakhstan from 72 to 120 hours.

Meanwhile, it should be noted that Kazakhstan has introduced a visa-free regime with 63 countries. The work continues on the introduction of electronic visas (e-visas) for foreign citizens. The pilot project is expected to be launched before the end of 2018 in Astana and Almaty.

The author is Kazakh Minister of Culture and Sports.