By Aidana Yergaliyeva in Nation on 6 October 2018

ASTANA – Opening a kindergarten for 450 students and a computerised tomographic centre, as well as a notable increase in farms with greenhouses, have helped to develop the Turkestan region’s Saryagash district. Regional akim (governor) Zhanseit Tuimebayev examined the new institutions and farms during an Oct. 2 visit. 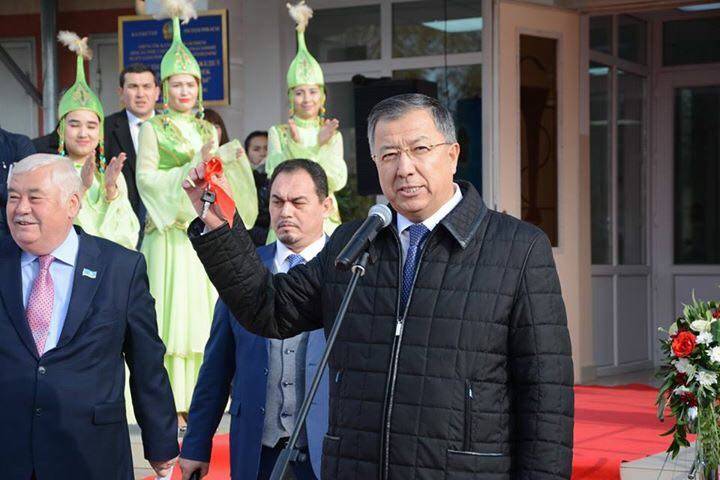 Bes Zhuldyz kindergarten in Zhibek Zholy village was opened with a 1.1 billion tenge (US$2.99 million) investment from an individual entrepreneur. The school, one of 203 kindergartens in the district, is outfitted with modern equipment and provides permanent employment for 60 staff members.

“Since the beginning of 2007, we have been working in this direction under the special presidential programme [called] Balapan. We plan to provide places in kindergartens for 100 percent [of children] by 2020,” said Tuimebayev.

The increasing numbers of farms with greenhouses marks another important development. The region currently has 5,114 agricultural units, 4,994 of which are peasant farms and the balance, production cooperatives.

“Before, greenhouses with high technology were only used abroad; now, there is one in Saryagash. About 50 percent of all greenhouses in the region are concentrated in the area. In this regard, Saryagash can be an example for others… Today, on instructions of the President of Kazakhstan, various benefits are granted to peasant farms. As a result, vegetables and fruits, which used to be imported, are grown here,” said Tuimebayev.