In an interview with this newspaper during his recent visit to Kazakhstan, Robert Tudorache, secretary of state of the Ministry of Energy of Romania, spoke about the state and the future of energy cooperation between his country and Kazakhstan. 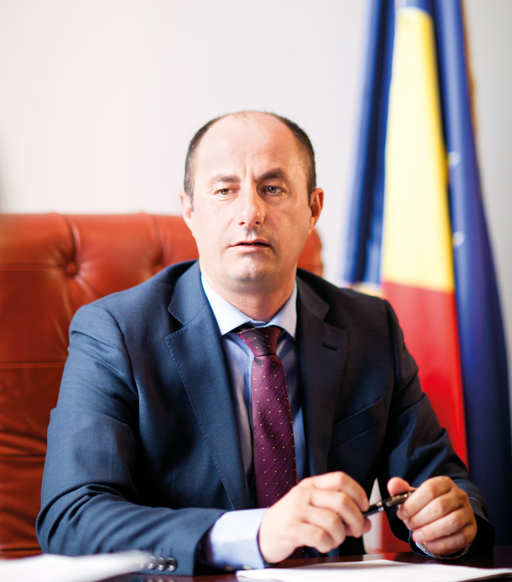 “The Joint Investment Fund of the Government of Romania and KMGI will strengthen the company’s position in local and regional markets,” said Tudorache.

He also noted “a significant improvement in the financial and operational results of KMG International in recent years, achieved with the advent of Kazakh management.”

What are your first impressions of Kazakhstan? What business events did you attend and how can they help strengthen relations between our countries?

This is my first visit to Kazakhstan; I was pleased to discover that the Romanian and Kazakh people are in many ways similar to each other. I would like to emphasise that both of our countries have an important resource – highly skilled experts in their areas. They are trained and competent personnel who make a significant contribution to the area they work in. It should also be noted that both states – Romania and Kazakhstan – have exceptional development potential and are on the path of sustained growth. Therefore, I think it is significant that we have an opportunity to meet and discuss ways to address joint economic challenges, while coordinating them so that they ultimately lead to substantial benefits for both sides.

Another significant area that unites Kazakhstan and Romania is a wide range of common interests in the field of energy. This was one of the main reasons for the visit of the Romanian delegation to Kazakhstan – defining opportunities for economic cooperation, in particular, in the energy sector.

These days, together with colleagues from the Government of Romania and representatives of Romanian energy companies, I took part in the Joint Romanian-Kazakh Commission on Economic, Scientific and Technical Cooperation within the Kazakh-Romania Business Forum, the KIOGE 2018 International Oil and Gas Exhibition and Conference, as well as a business forum for the oil and gas industry.

After the working and business meetings held in Astana and Almaty, I am pleased to note that extensive and promising opportunities are provided here in business development, particularly in the field of energy. I leave the country with a very optimistic attitude and confidence that we managed to take another important step towards strengthening bilateral relations.

I strongly believe that Romania can become a reliable partner for Kazakhstan in Eastern Europe. Our country, through its strategic geographical location in Europe and the Black Sea region, can become a gateway to ensure access and supply of energy resources from Kazakhstan, the largest oil producer in Central Asia, to Eastern Europe as well as to the EU markets.

As part of the activities of the Joint Commission on Economic, Scientific and Technical Cooperation, as well as the events in which you participated in Kazakhstan, you had an opportunity to meet with a number of officials of our country –  Minister of Energy, Vice Minister of Foreign Affairs, Minister for Investment and Development. You also met with representatives of KazMunayGas, an important investor in Romania. What were the main topics of discussion?

A number of highly efficient meetings took place, where we were able to express the interest of Romanian oil and gas companies in the export of special equipment for this sector, as well as in the development of long-term partnership with Kazakhstan companies.

In addition, the officials of Kazakhstan initiated discussions on the development of cooperation in the field of nuclear industry, mainly in the supply of uranium and nuclear fuel components.

I also had the opportunity to meet with representatives of the KMG national company, which is the sole shareholder of KMG International that owns the majority stake of Rompetrol Rafinare S.A. in Romania.

It should be noted that, as a minority shareholder of Rompetrol Rafinare, we are directly interested in the activities of this company. We welcome significant improvement in the financial and operating results of the company in recent years, achieved with the advent of Kazakhstan management.

High development rates of the company were confirmed this year too. In the first six months of 2018, KMGI showed good growth dynamics in terms of key financial and operating indicators.

For several years, Rompetrol Rafinare has been showing positive performance indicators, the company became profitable in 2017 and reached absolute historical records at both refineries, Petromidia and Vega.

If we talk about the main agenda of the meeting with KMG officials, we used this opportunity to once again discuss the 2013 Memorandum of Understanding between KMGI and the Romanian government. This document provides a mechanism for the privatisation of shares owned by the Romanian state in Rompetrol Rafinare, as well as the procedure for creating a joint investment fund in the field of energy.

Both sides, the Ministry of Energy of Romania and KMGI, have recently cooperated closely on this issue and made significant progress in the implementation of the first stage of the memorandum, namely the creation of the Kazakh-Romanian Investment Fund.

Hopefully, soon we will announce the creation of the joint investment fund.

This fund will certainly strengthen economic relations between Kazakhstan and Romania, since it will be fundamental for the creation of an energy hub and a ‘gate’ on the border with the European Union. The fund will also support KMGI’s plans to strengthen its position both in the local Romanian and regional markets.

Thus, the creation of the joint Kazakh-Romanian Investment Fund is a mutually beneficial decision for both Romania and the entire region.

According to the Memorandum of Understanding signed between Romania and KMGI, the joint fund involves investing up to $1 billion over seven years. What are the benefits of the fund and what projects will be implemented under its auspices?

The fund will deal with investments in the field of energy, its priorities are development of the energy sector of Romania, and the main goal is to strengthen and consolidate the position of our country as an important regional player in this field.

The projects to be implemented under the auspices of the fund will be carefully considered in accordance with the principles of investment transparency, based on clear and simple criteria and evaluation mechanisms. Both Romania and KMGI have equal opportunities to submit project proposals for funding.

As for specific examples, in the course of the negotiations held with representatives of KMGI, we talked about two projects that can be implemented within the framework of the Kazakh-Romanian Fund. It is assumed that these projects will have a significant positive effect on the Romanian economy and will contribute to the creation of about 2,000 jobs.

In particular, these projects concern the construction of a Combined Heating Power (CHP) plant in the cogeneration mode at the Petromidia refinery, which will, in combination, produce electricity and heat, as well as the expansion of the Rompetrol filling stations in the Romanian market through greenfield investments. Investments in both projects reach about $220 million. The implementation of these projects will give new impetus to the development of the Romanian economy, the local energy sector, the investment environment and, of course, will increase the profitability of KMG International and the Rompetrol brand.