Kazakhstan’s President every year delivers his address to the nation where he mentions the development of the nation and also asserts the imminent policies for Kazakhstan. The President, Nursultan Nazarbayev, on Oct. 5 delivered his annual state of the nation address. He mentioned developments such as a progressive state with a dynamic economy, peace and public harmony and structural, constitutional and political reform in Kazakhstan. He also focused on the key challenges of Kazakhstan. 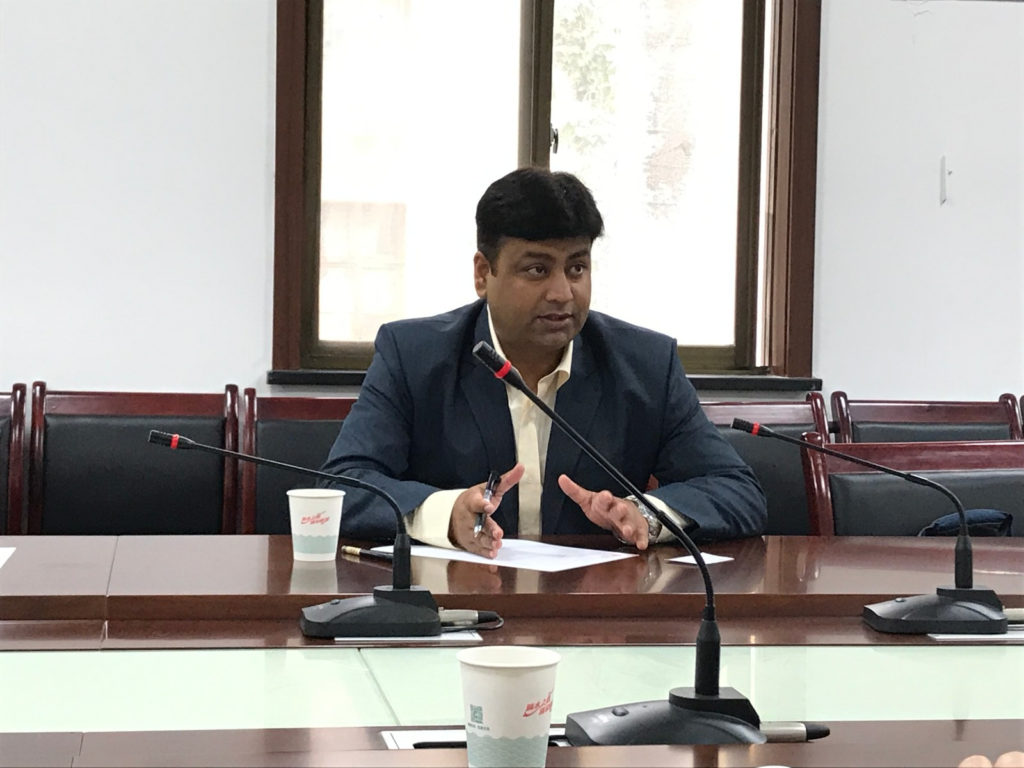 “What makes a nation great?” is the significant question for scholars of different disciplines. As studies show, one of the answers is that a great nation is seen as great citizens and with this reference, this year’s address, as the title suggests, “Growing Welfare of Kazakh Citizens: Increase in Income and Quality of Life,” is fully focused on the citizens of Kazakhstan and challenges and prospects in Kazakh society.

Another question, which is equally significant in the context of Kazakhstan, is how execution is more important than planning. And in the introduction of his address, the President explained about the executions of the policies and its results. He particularly mentioned the international standing of Kazakhstan in the world and geo-political role of Kazakhstan in the region. The President explained how over the past 20 years Kazakhstan has raised $300 billion in foreign direct investment. He also stated that Kazakhstan became the first state among the Commonwealth of Independent States (CIS) countries to host EXPO 2017 and achieved the 36th rank among the 190 countries in the World Bank’s Doing Business Report. He said that growth of small and medium-sized enterprises is serving as the foundation for economic opulence in Kazakhstan and the third modernisation of the country is ensuring Kazakhstan’s global competitiveness, especially with the reference of the new model of economic growth.

In his main address, the President deliberated upon the planning issues towards the welfare of Kazakh citizens with the following five points:

As the growing income of the population is one of the significant factors of his address, he instructed the government to raise the minimum wage by 1.5 times from 28,000 tenge (US$76.19) to 42,000 tenge (US$114.29) beginning Jan. 1, 2019; with this decision nearly 275,000 workers of state funded organisations will be benefitted, whose salary will grow on average by 35 percent. He also explained the various initiatives which are going to be ruminated by his government like focusing on export oriented industrialisation, ensuring long term macro-economic stability, special attention to innovation and the service sector, development of agricultural and industrial potential and allocation of 30 billion tenge (US$8.2 million) annually for Business Road Map 2020. It will also be extended up to the year 2025.

Another significant point of his address is to increase in quality of life, where the President set the target to increase the expenditure on education, science and healthcare up to 10 percent of the GDP in phases. He also emphasised the 4C model to improve the quality of pre-school education, which should be based on creativity, communication, co-working and most importantly, critical thinking. He focused on international standards in secondary education as well as employment-oriented higher education, which is the utmost requisite for Kazakhstan. He also expressed his views to control the quality and safety of goods and services and for this purpose he proposed to establish a committee which is going to look after the quality issue. He announced the increase of the salary of district medical workers by 20 percent

To achieve a comfortable living environment in Kazakhstan, the President mentioned the shift from infrastructure-people to people-infrastructure, especially with reference to a regional approach. Modernising the internal affairs agencies to fight against crime, transformation of the judicial system and qualitative and affordable houses are some of the main directions of his address to achieve a comfortable living environment.

The President also deliberated upon the current challenges of society like corruption, formalities and red tape tendencies, especially in government and state agencies. He also stressed the need to increase the effectiveness of the state agencies and reduce the gap between society and state with the help of citizen-oriented state apparatus.

He discussed about the successful modernisation of Kazakhstan with further implementation of a proactive foreign policy which also helps the welfare of the citizens of Kazakhstan. He gave many examples of various international initiatives taken by Kazakhstan like a new chapter of cooperation started between Central Asian countries, progress of the Eurasian Economic Union, legal status of the Caspian Sea, completing the mission with UN Security Council and, last but not the least, the Astana talks on Syria. He emphasised the requirement of adaptation and promotion of national interest which should be the basis of the principle of pragmatism.

He asserted to engage every Kazakh citizen in the transformation of the nation and for this purpose he declared next year as the “Year of Youth” and also focused on the modernisation of the social environment in rural areas called Auly – Yel Bessigi, meaning “the village is the cradle of the nation.” He also asked to restore mass school tourism called “Discover Your Land,” as well as the continuation of the modernisation process under the Ruhani Zhangyru (Modernisation of Kazakhstan’s Identity) programme and the consolidation of society around common goals to achieve the target to engage every Kazakh citizen.

The President mentioned that the total financial value of the initiatives is around 1.5 trillion tenge (US$4.1 billion), but the imperative part is the influence which would be seen in a larger proportion of the population to ensure the quality of the citizen’s life. In the address there are several issues discussed by Nazarbayev, but the core issue is to develop and promote social-cultural and economic development of the citizens of Kazakhstan. All his previous addresses were focused mainly on the “nation” itself, but this time Nazarbayev focused more on “citizens,” which is a noteworthy facet of this year’s document.

The author is assistant professor at L.N. Gumilyov Eurasian National University in Astana.