By Elya Altynsarina in Central Asia on 30 October 2018

ASTANA – The newly appointed Minister of Foreign Affairs of Kyrgyzstan Chingiz Aydarbekov visited Astana Oct. 27 to meet with his Kazakh counterpart Kairat Abdrakhmanov to discuss the strategic partnership between the two countries. 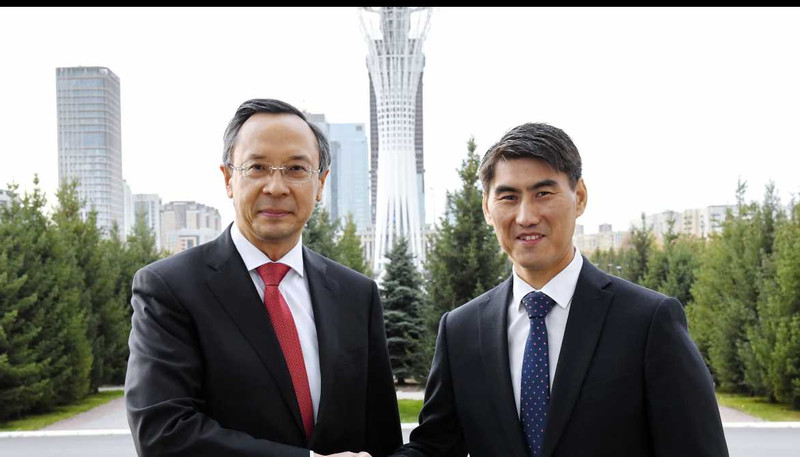 “We attach a particular importance to the relations between our two fraternal countries and regard each other as strategic partners and good neighbours,” the parties stressed at the meeting, according to the press service of Kazakh Ministry of Foreign Affairs.

The ministers discussed bilateral political, trade, economic and investment, cultural and humanitarian relations, as well as the regional and cross-border cooperation, including in water and energy spheres.

“We focus on the implementation of agreements between the President of Kazakhstan, Nursultan Nazarbayev, and the President of Kyrgyzstan, Sooronbay Zheenbekov, reached in Astana and Cholpan-Ata. We note with satisfaction that most of the tasks set by our presidents have been fulfilled and the active cooperation of the parties on the implementation of the plans is on-going,” Abdrakhmanov said.

The delegations agreed to increase and diversify mutual trade and implement joint investment projects in new fields, including through the Astana International Financial Centre.

Kazakhstan and Kyrgyzstan seek to promote peace and stability in the Eurasian space and adhere to similar positions on international issues. This is evidenced by their cooperation within international and regional organisations

“The cultural, historical and linguistic closeness of the two peoples is a good foundation for the further expansion of cooperation in the field of culture, art, science, and tourism. We will provide all-round assistance to such exchange, encourage and maintain contacts and ties in these areas,” said the Kazakh foreign minister.

According to the committee of statistics of Kazakhstan, in the first seven months of 2018, the trade volume between the two countries increased 18 percent to$486 million.