Kazakhstan plans to ratify the convention for the suppression of unlawful acts relating to international civil aviation. The document provides for criminal liability for the destruction of an aircraft in flight, damage to air navigation facilities and the use of aircraft as weapons. The transportation and disposal of biochemical, toxic or radioactive weapons and other hazardous materials are also punishable. These rules are already included in the criminal code of Kazakhstan. “We support the convention adopted by the International Civil Aviation Organisation (ICAO). We will ratify the document to meet the standards of international aviation legal acts. Civil aviation, airlines and airports have observed all these rules for a long time,” said Deputy Minister for Investment and Development Kairbek Uskenbayev at a Sept. 25 meeting. 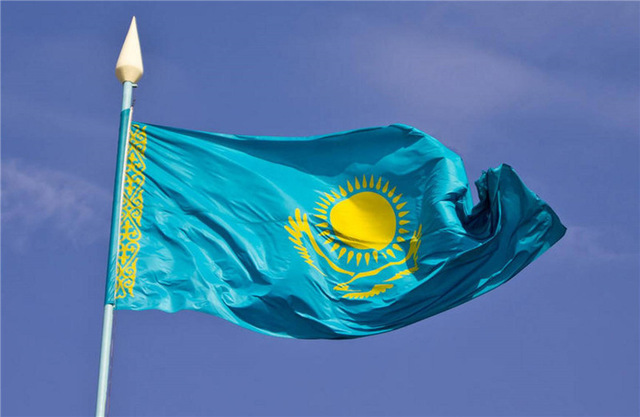 Population growth has doubled in Astana and the Mangystau region over 15 years, according to Forbes Kazakhstan. On average, the population grew 1.2 percent annually. Natural population growth has also increased threefold over the past three years. “The balance of external migration is higher than internal and, as a result, the population reduces by 12 percent annually. Decreases are expected in northern and eastern regions. Growth is expected in Astana, Atyrau, Mangystau and Shymkent. Now the urban population stands at 57 percent and this indicator will reach 60 percent by 2030. The proportion of 1,000 women per 900 men will remain in 2030. The number of employed will increase by 6 percent and amount to 9.2 million people. In case of positive economic development, the population will reach 21 million citizens by 2030,” said employment expert Zhaksybek Kulekeyev.

Atyrau’s oil refinery plant launched production of RT jet fuel after completing the production of TS-1 aviation fuel, reports Kazinform. The jet fuel was certified and the appropriate PIN code for it has been obtained. “Producing a new type of jet fuel for both civil and military aircraft began as part of the light crude oil line expansion after the modernisation project was completed. Jet fuel output will increase from 21,000 tonnes before modernisation to 230,000 tonnes per year in 2019, which is more than 10 times,” the plant said in a release.

The National Academy of Choreography now has a three-cycle system offering a doctoral degree in artistic research. “Our students performed in the best venues of the capital after just two years of work. They took part in 27 performances and 30 concerts, won four international competitions including Arabesque, Children to the Rhythm of the World and the Gamar Almaszade dance competition in the 2017-2018 academic year,” said Rector Altynai Asylmuratova. The academy also staged a gala concert at the Azerbaijan State Academic Opera and Ballet Theatre and the Temps Lie international ballet festival as part of the 20th anniversary of Astana.

Kunshyaq, the first inclusive children’s playground initiated by the Rotary Club of Astana public association in collaboration with the city administration, opened near the Kazakhstan Palace of Sports Sept. 29 in Astana. Located on an area of 1,382 square metres, the site includes 42 units, among them equipment adapted for wheelchairs, safe swings for disabled children, adapted sandbox tables and special tactile panels. “There are more than 150,000 children with disabilities in Kazakhstan and 19,000 of them have cerebral palsy. Some 1,169 children with cerebral palsy live in Astana. Many children lag behind their peers not for medical reasons, but for social ones, due to lack of communication, motor games and activities,” said a Rotary Club representative.

The Ministry of Education and Science in cooperation with the World Bank will support 1,027 projects launched by more than 3,500 young people from the Aktobe, East Kazakhstan, Zhambyl, Kostanai, Kyzylorda and North Kazakhstan regions. Each project will receive up to 1 million tenge  (US$2,720). A monthly stipend and mentor’s assistance will also be provided. Unemployed young people without degrees and socially vulnerable groups are to take priority. “Sustainability and contribution to society are the main criteria for selecting projects. More young people will be engaged in an active social life. We believe that the Zhas Project allows young people to acquire vital skills to achieve great success,” said Executive Secretary of the Ministry Aryn Orsariyev.