Launch of Islamic Organisation for Food Security to bring results

By Yerzhan Jalmukhanov in Op-Ed on 17 October 2018

At the 38th session of the Council of Foreign Ministers (CFM) of the Organisation of Islamic Cooperation (OIC) held in June 2011 in Astana, the President of the Republic of Kazakhstan, Nursultan Nazarbayev proposed the establishment of an institution of OIC to ensure food security of Muslim countries. 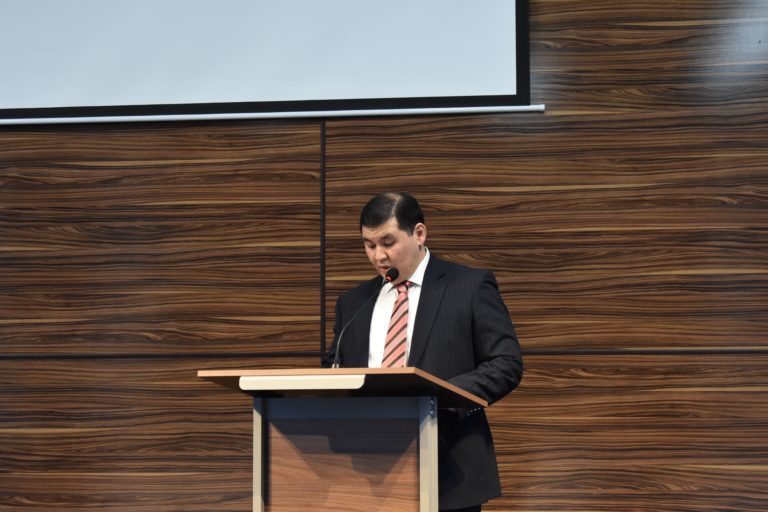 The proposal to create such an important organisation was based on full and urgent recognition of the need to address the major food security problems facing the member states, particularly the spate of hunger, malnutrition, famine, widespread poverty, growing population, food shortage, desertification, deforestation, salinity and underutilisation of existing potential.

To this end, the seventh OIC Ministerial Conference on Food Security and Agricultural Development held in Astana, Republic of Kazakhstan on April 26-28, 2016 welcomed the establishment of the Islamic Organisation for Food Security (IOFS), a new specialised institution of the OIC to serve as an executing agency for implementing OIC resolutions and programmes in the domain of agriculture, rural development and food security.

Currently, 11 out of 32 IOFS member states (Afghanistan, Bangladesh, Burkina Faso, Egypt, Gambia, Kuwait, Kazakhstan, Niger, Palestine, Qatar and the UAE) have successfully ratified the IOFS statute. In this regard, as per Clause 1 of Article 21 of the IOFS statute, it has entered into full legal force.

It is worth mentioning that implementation of this truly remarkable, visionary and historic initiative of President Nazarbayev would not be possible without the praiseworthy and tireless contribution of the diplomats and the esteemed Ministries of Foreign Affairs of Kazakhstan and all OIC member states.

Likewise, we are taking this opportunity to express our profound appreciation to the colleagues from the Ministry of Agriculture of Kazakhstan and other OIC member states for the commendable, admirable and outstanding work and support exerted in the process of the establishment of the IOFS from the very conception and inception of this initiative.

On the organisational and legislative side, the Government of Kazakhstan has successfully accomplished ratification procedures of the IOFS headquarters agreement and President Nazarbayev has signed the appropriate law.

In addition, the Ministry of Foreign Affairs of Kazakhstan has accredited the IOFS as an international organisation under the country’s jurisdiction. Accordingly, the IOFS has legislatively obtained the status and the capacity of an international legal entity and has fulfilled all the necessary requirements.

To date, the IOFS has successfully received the first two instalments of the pledged three-year financial support from Kazakhstan to the organisation in the form of a voluntary contribution and the Government of Kazakhstan has recently allocated office premises for the IOFS Secretariat.

Having successfully completed the above-mentioned legal, procedural and foundational requirements, the secretariat of the IOFS successfully started its activities on March 1.

In the short time of its existence, the secretariat of the IOFS has already managed to successfully accomplish and commence its active involvement in the following organisational and operational milestones:

Intensive preparations for the upcoming second session of the General Assembly of the IOFS to be held in Astana are underway. There are a number of very vital issues to be considered at the highest level and important decisions need to be adopted to enable the IOFS to embark on the implementation of the milestones reflected in the previously adopted 5-year action plan as well as adequately and relevantly support the food security and agro-industrial aspiration of the member states.

The IOFS would like to invite all the OIC member states to expedite the necessary ratification of the IOFS statute to enable them to make regular contributions to both the administrative and operational budgets of the organisation. In addition, the IOFS Secretariat calls on all IOFS member states to make voluntary contributions and donations in accordance with Article 18 of the IOFS statute.

This will enable the IOFS to grow strong, institutionally, organisationally and financially and help the Muslim Ummah to collectively, effectively and efficiently tackle the existing as well as looming challenges pertaining to securing food sufficiency and stability.

There is no doubt that ensuring food security is one of the most vital and indispensable priorities in promoting peoples’ well-being and prosperity and creating employment opportunities for the poor and vulnerable, especially the ones dwelling in rural areas, ensuring sustainable socio-economic development and inclusive poverty alleviation in the OIC member states.

The author is Director General of the Islamic Organisation for Food Security.