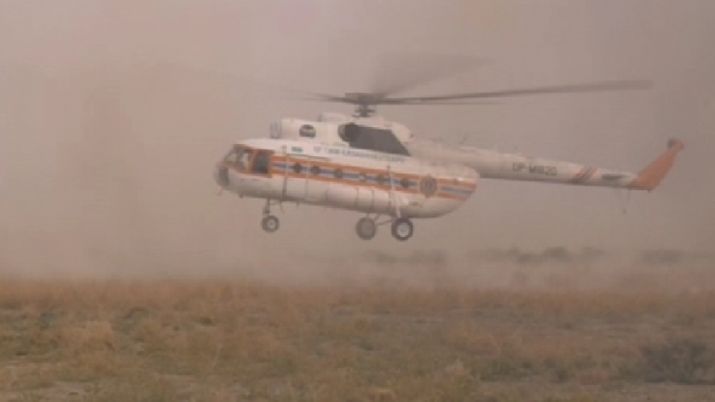 The primary simulation was in the Syrdarya district, where the scenario involved a simulated criminal attack on a hydropower facility near the Terenozek rural area and an attempt to poison water. Forty armed special force soldiers were involved in the 30 minute scenario.

“Speaking about today’s exercise, theory is one thing but practice is completely different. It is natural for a person to get lost in emergency situation. Here all conditions are such that are close to real ones and this helps play it cool, think fast, act and take right decisions,” said Officer Galym Aitkaliyev.

The exercise also examined the ability of local executive bodies to cooperate with different structures and respond properly.

“Within the scale of this exercise, we showed people that within a short period of time, we are able to handle territorial defence regardless of territory and weather conditions,” said Armed Forces Military Training Department Head Omar Urinbayev.

“We saw how communication units of border forces, border aviation acted. We examined the work of armoured vehicles and military personnel. In general, we could give not lower than good evaluation. Tactically, they did right and lived up to the essence of exercise, but we believe there is no limit to perfection and we will continue working on that,” said Tairahun Supiyev, Head of Special and Tactical Department of the Kazakh National Security Committee’s Border Forces Academy.