ASTANA – Kazakhstan will allocate 280 billion tenge (US$762.8 million) to build 52 schools across the country, said Deputy Minister of Education Bibigul Asylova during the meeting of the commission reviewing National Fund budget spending on the Nurly Zhol infrastructure development programme for 2015-2019. 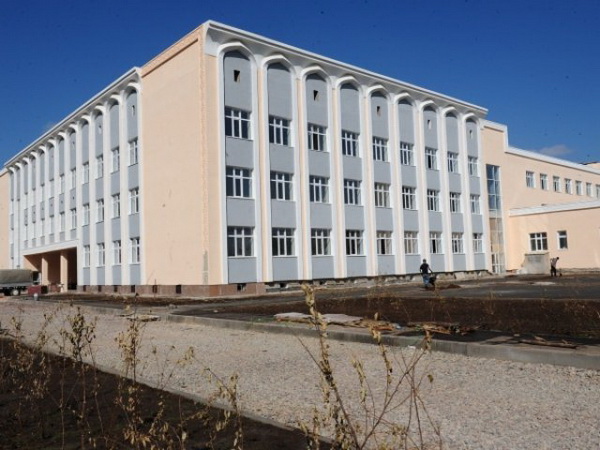 President Nursultan Nazarbayev announced the programme in 2014 as a way to boost the country’s development and augment its economic growth. Improving the education infrastructure across the country’s nearly 7,500 schools is among the areas stipulated.

Construction has started on the schools that will welcome students from 64 three-shift schools and 16 those that require immediate repair works.

“If we look at the national education data base for 2015-2017, there were 204 schools working on three shifts and 105 requiring repairs. Over three years, we built 109 schools [to decrease the load from three-shift schools] and 78 schools replacing those in need of repair. Currently, the work is underway to build 41 schools for three-shift schools and 11 for emergency ones. Nearly 280 billion tenge [US$762.8 million] was allocated for that purpose from the National Fund and national and local budgets,” she said.

Despite the efforts, overloaded schools and those in deteriorating condition remain a problem.

“There are many schools in Kazakhstan that were built in 1950s and 1960s. Most of them are in rural areas. There are schools in pre-emergency condition that in one year or another will be in emergency situation,” she noted.

“The funds in the national budget are meant to tackle problems in 11 schools. The question is still there for 53 schools. We have been raising that question, but given the budget, it cannot solve the problems of all schools today. I think the Parliament is considering the budget issue now and I believe some amount will eventually be allocated in the upcoming three-year budget plan,” she added.

The annual population growth, which exceeds 230,000, is putting pressure on social facilities, including schools. The growth is specifically seen in Almaty, Shymkent and the Almaty and Turkestan regions.

“For example, more than 80,000 people moved to Astana alone and 17,000 of them are children. We need at least 15 schools to open in Astana every year to meet this [population growth],” said Asylova.

The budget planning process should allocate sufficient funds, she noted.

“Every year, there is a school that needs to be improved. In big cities, particularly, there is a shortage of schools. The question will always be there. This means that at least 100 schools should be built nationwide every year,” she added.

The National Fund approved 145 billion tenge (US$395 million) from 2015-2019 to build 156 schools and 19 kindergartens as part of the Nurly Zhol programme. Within three years, 108 schools and all the kindergartens opened their doors, while construction of the remaining 48 schools was postponed to 2018. Twenty-five opened earlier this year and the balance are scheduled to welcome students by year’s end.

Five schools in Akmola, Aktobe, Astana and East Kazakhstan regions will be postponed until next year, said Asylova.