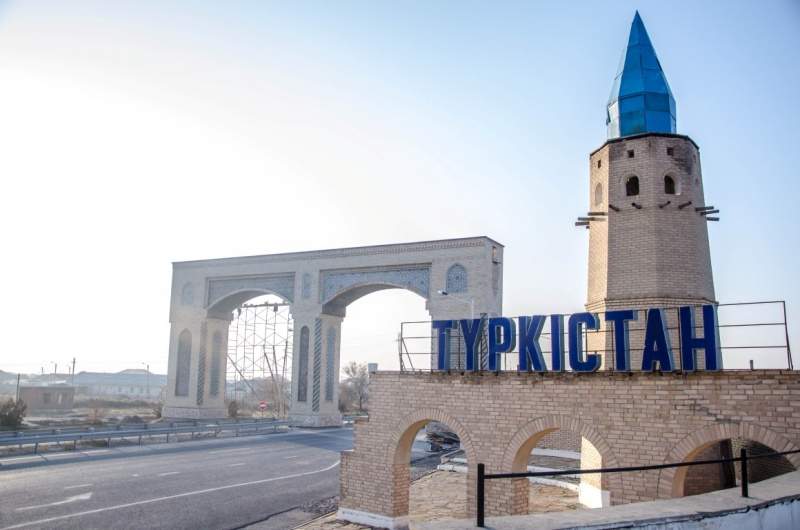 The efforts are meant to boost Turkestan’s tourism potential, which acquired new status of a regional capital in June after Shymkent joined Almaty and the capital as a city of national significance.

The historic sites included Topkapi Palace. Once the political centre of the Ottoman Empire, it is now one of the most popular landmarks in Istanbul and among the world’s oldest museums that every year attracts up to ten million visitors.

Turkestan is home to many historic and sacred sites that draw a significant number of visitors from neighbouring countries and beyond. With the measures in place, officials expect to increase the figure from the current one million to two million per year.

Khoja Ahmed Yassawi mausoleum, which Mukhamediuly described as “an undoubted source for spiritual revival,” is perhaps the most famous destination among tourists. Built in the 14th century and part of the United Nations Educational, Scientific and Cultural Organisation (UNESCO) World Heritage List since 2003, the mausoleum attracts pilgrims from Central Asia and beyond who come to honour the outstanding Sufi teacher for whom it is named.

“After studying international practices, we plan to expand the potential of Azret Sultan complex and rebuild the authentic image of ancient greatness of the Silk Road era,” said Mukhamediuly.

“Such a tour gives a unique opportunity to a tourist from any part of the world to immerse in authentic Kazakh culture and get to know our unique holy places without even being present in Turkestan,” he added.

The ministry plans to recreate Kultobe, one of the earliest settlements in Turkestan located 700 metres from the Yassawi mausoleum.

“We also intend to renovate and create a beautiful panoramic view of the Zhety Ata Kakpa territory with all adjoining historic buildings dating to the 16th and 17th centuries and central medieval line leading to the mausoleum,” he said.

The surrounding areas, including the lake between the mausoleum and the Zhety Ata Kakpa area, central street and Khilvet, an underground mosque, will also be renovated. Yassawi voluntarily placed himself in Khilvet at 63, the age when the Prophet Muhammad died, where he spent the rest of his life praying and preaching.

Building greenery and improving the landscape are also in the plan following the example of the Suleimaniye complex in Istanbul.

“To recreate the energy and atmosphere of medieval life of that period, a fortification wall located close to the main gates will be reconstructed. An ancient eastern medieval bath house dating to the 16th century and working up until 1987 will return to its original form and appearance,” said Mukhamediuly.

The project goals also include extending visitors’ stays in Turkestan, he noted. At present, tourists usually remain for three hours and the measures are meant to prolong their trips to two days.

“We plan to build a multifunctional visitors’ centre. Based on international practice, this is one of the most important pull factors that provides tourists with all the information about the place they visit and provides the opportunity to study materials and special literature, including audio and video guides,” he added.

As part of the effort, an international science and research library will also be built in the region.

“Khoja Ahmed Yassawi was the first Turkic poet who wrote his works in the Oguz and Kipchak dialects, including the world famous ‘Diwani Hikmet’ or what is known as ‘Korani Turki.’ The museum has copies of valuable manuscripts of Khoja Ahmed Yassawi, as well as more than 3,000 unique historic papers that are of tremendous scientific and research interest,” said Mukhamediuly.

The plans also include constructing a Turkic world museum and international Silk Road revival centre in a broader effort to boost the tourism potential of the city and region.