Kazakhstan can be crucial link in ASEM connectivity endeavours

“Oh, East is East, and West is West, and never the twain shall meet.” These words of Rudyard Kipling are usually quoted to prove the idea of the great gap between Europe and Asia, Christianity and Islam… However, the British poet in his Ballad of East and West stated, in fact, the opposite:

Oh, East is East, and West is West, and never the twain shall meet,

But there is neither East nor West, Border, nor Breed, nor Birth,

When two strong men stand face to face, tho’ they come from the ends of the earth! 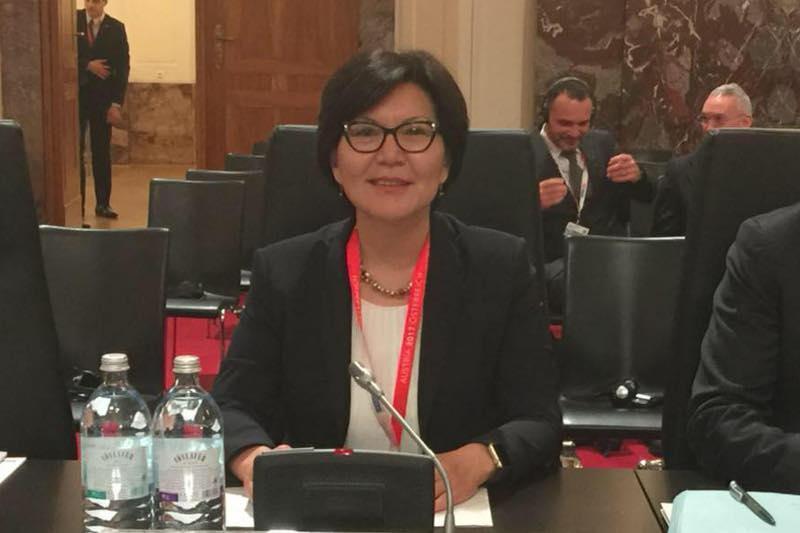 In Kipling’s ballad, two young men – a European and an Asian – cease hostility after they are convinced of each other’s valour, honour and nobility.

They have looked each other between the eyes, and there they found no fault,

They have taken the Oath of the Brother-in-Blood on leavened bread and salt.

In today’s globalised world, West and East, Europe and Asia are closer to each other than ever before. Digital technologies and communications erase the conventional geographic boundary between the two continents, allowing yesterday’s still backward states of both sides to make a remarkable technological breakthrough, overcome the gap and integrate into the world economy. Nevertheless, as in Kipling’s times, valour, honour and nobility still remain the main factors for rapprochement; in other words, it is the ability to respect others, to live with them in the world and to engage in dialogue with them.

As was the case in 2014 when Kazakhstan was invited to join ASEM as a full member, President Nursultan Nazarbayev took part in the summit that was held on Oct. 18-19 in Brussels.

The ASEM philosophy is concordant with the initiatives of our head of state with regard to Eurasian integration, convening the Conference on Interaction and Confidence Building Measures in Asia, establishing the Congress of Leaders of World and Traditional Religions and many other landmark proposals for strengthening peace and security voiced at the UN, Organisation of Islamic Cooperation (OIC), Shanghai Cooperation Organisation (SCO) and Organisation for Security and Co-operation in Europe (OSCE).

The President of Kazakhstan addressed the first plenary session of the Brussels summit, the main topic of which was quite ambitious: “Europe and Asia: Global Partners for Global Challenges.” The agenda of the event included a variety of topical issues ranging from trade and investment to connectivity, sustainable development and climate change, as well as from non-proliferation, combating terrorism and illegal migration to maritime and cybercrime.

“This summit should call upon major countries such as the U.S., Russia, China, and the EU to realise their responsibility to humankind and look for the path to resolve international confrontations. I call upon leaders of above mentioned countries to get together to discuss these burning problems. Perhaps a UN special session should be called for this matter.  If need be, we stand prepared to offer Astana as a platform for such a meeting,” President Nazarbayev in his remarks at summit.

At his bilateral meeting with President of the European Commission Jean-Claude Juncker, the Kazakh President invited him to take part in the next meeting of the Supreme Eurasian Economic Council, which will be held this December in St. Petersburg. They also discussed enhanced partnership between Kazakhstan and the EU, as well as issues of security, trade and cooperation of the Eurasian Economic Union with the European Union.

“I remember very well my trip to Kazakhstan in 2008 and our conversation about global stability. We need to meet more often”, said the President of the European Commission.

Prior to the 12th ASEM Summit, the 10th ASEM Parliamentary Partnership Meeting was held, attended by Kazakh parliamentarians. During the summit, the business forum and the ASEM Economic Forum took place with the participation of our delegates. A large-scale cultural festival of artists from Europe and Asia was organised in Brussels from Oct. 18 to the end of the month. It is a particular pleasure that Honoured Artist of Kazakhstan Yerlan Ryskali will give a concert at the Centre for Fine Arts of Brussels (BOZAR) within the framework of the cultural programme on Oct. 24.

In the coming months, the Enhanced Partnership and Cooperation Agreement between Kazakhstan and the EU, concluded on Dec. 21, 2015, should come into full force. It reflects a new level of interaction and is aimed at deepening political dialogue, trade, economic and investment cooperation and expanding contacts between citizens of Kazakhstan and the EU countries.

While in Brussels, the Kazakh President also met with King Philippe of the Belgians to discuss prospects for bilateral cooperation between our countries. It should be noted that our President has warm, friendly relations with the royal family. As a prince, Philippe travelled to Kazakhstan three times: in 2002, to meet Belgian astronaut Frank De Winne, who had returned from a brief space mission; in 2009, to see him off to the six-month space voyage on board the ISS and in 2010, to lead the Belgian economic delegation of 70 enterprises and organisations.

It is not difficult to assume that it is thanks to King Philippe that approximately 30 companies with Belgian capital are working in the Kazakh market today. I would like to mention such companies as Agfa Healthcare (hospital software), Ahlers Bridge (logistics services), Gosselin (logistics services), Manuchar (logistics, distribution services) and QWAY Energy Kazakhstan (renewable energy sources). CMI Energy took part in EXPO 2017 and now offers our country very interesting solutions in the field of green energy.

The economic mission to Kazakhstan led by Wallonia Export-Investment Agency (AWEX) and Flanders Investment & Trade (FIT) has become an annual traditional event organised by the Belgian regions. We expect the next such business mission in June 2019.

I am sure Belgium can become a reliable and effective economic partner of our country. It is important to work pointwise, find promising niches and responsible partners. In this regard, the Embassy has high hopes for cooperation between the oblasts of Kazakhstan and economic organisations, such as Kazakh Invest.

Great prospects are also seen in the field of education. This year, five Belgian universities entered the list of the 500 best universities in the world. Belgium has a good practice of cooperation between universities, scientific clusters and technology parks. Nazarbayev University has five world-renowned Belgian scientists, which is a good foundation for academic exchange.

Coming back to the ASEM Summit, I would like to note that there was a lot of talk about connectivity. For Europeans, connectivity is the main condition for successful interaction between Europe and Asia: from transport links to energy networks, from contacts between people to digital networks.

This is exactly the direction that our head of state is tirelessly working on – ensuring the breakthrough development of Kazakhstan as a crucial link in the multiple communications between Europe and Asia through strengthening the human, transport and logistics, industrial and financial potential of our country.

The author is Ambassador Extraordinary and Plenipotentiary of the Republic of Kazakhstan to the Kingdom of Belgium.