By Saltanat Boteu in Tourism on 19 October 2018

ASTANA – Journey to the Great Steppe, a July 18-Sept. 29 expedition organised by Kazakh Tourism, travelled in six different directions to visit fascinating destinations throughout the country. The trip, one of the stages in developing the nation’s tourism, has become a 60-show TV series. 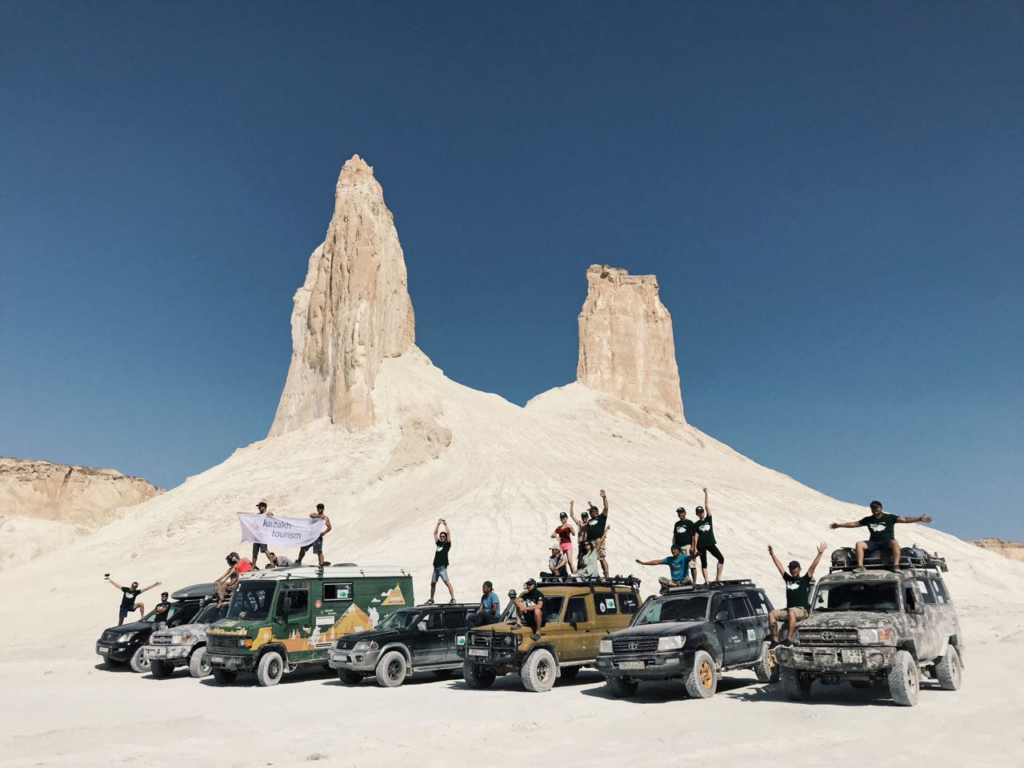 Kazakh Tourism met with the media Oct. 10 to present the results of the travels. The discussion opened with speeches by company chairman Rashid Kuzembayev and general manager Daniel Serzhanuly.

“The aim of the expeditions is to open new directions of tourism. For that, we travelled to about 60 places with beautiful nature, history and sacred places. Based on that, we will develop long and short routes. Also, the travelling routes will be created based on the recommendations of the six expedition groups,” said Kuzembayev.

“I really liked Bozzhara, on the route of the expedition from the Aral to the Caspian Sea named ‘From Sea to Sea.’ It was very difficult to reach it. It took one day to reach the first location from Almaty to Kamystybas; we reached Bozzhara only in the evening. I had never been there and when we woke up in the morning, we saw its beauty in the light. Then, I thought why, being a Kazakh citizen, I have never been here. I think everyone should visit that place,” said Rakhmet.

As the presenter, she was central in shooting the series. Kazakh TV will produce five documentary programmes of the six routes, resulting in 25-minute episodes. Although the time limits and conditions were difficult, she found the experience exciting and hopes to encourage others to travel.

The travellers came from different countries, including bloggers and photographers from China, Kuwait, National Geographic Russia, Switzerland and the United Kingdom and a journalist from Russia.

“These people were amazed. They said, ‘You should shoot movies here; why build expensive stages if you can find the singing sand dunes of Dubai in the Almaty region and shoot Mars in Aktau, Katutau (volcanic formation),’” said Rakhmet.

The speakers noted Kazakhstan’s nature is special with its pristine wilderness and diverse landscapes. Although the tourism infrastructure has yet to be developed, travellers are able to see unique scenes and hear many mysterious legends from locals. Kazakh TV will present these aspects in a future show.

“Journey to the Great Steppe” will be broadcast by the end of October.