By Aidana Yergaliyeva in People on 16 October 2018

ASTANA – Kazakhstan’s 100 New Faces project, which recognises exemplary citizens of the country, counts among its ranks physicist Almira Zhilkashinova, who developed a wind turbine that can generate energy even in the coldest Siberian frosts of negative 40 degrees Celsius. 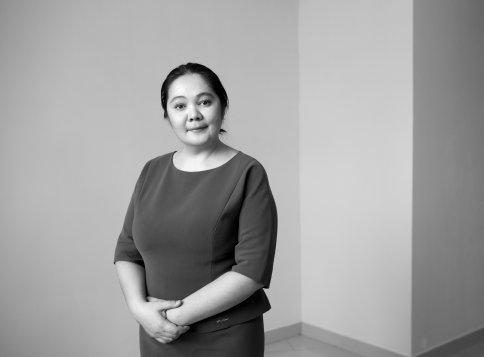 Zhilkashinova won the 2015 Shapagat national inventions contest with this turbine, which is now included in the register of Kazakh innovations.

There are more than 30 types of wind turbines, and at least 100 modifications – yet her modified wind turbine has no analogues in the world. The design is based on the laws of molecular energy. Its distinguishing feature is that steam and compressed air are used to make the whole process more efficient and cheaper than a traditional wind turbine. This idea received a patent in Kazakhstan.

Kazakhstan’s Ministry of Education and Science funded a project to develop a domestic alternative model of a wind generator able to operate more efficiently in the weather conditions of the Kazakh steppes. Zhilkashinova joined in, working with a team of scientists from the country’s leading universities, Nurlan Dosmurat and Dosmurat Zidehan.

According to Zhilkashinova, their construction does the least harm to the environment. In her years of experience working with various wind turbines, she hasn’t seen a single instance of such environmental harms as bird death or soil erosion as a result of using her modified turbine.

“My wind turbines are classified as low-energy, and are only 2 meters tall. Birds don’t fly at this height. During my practice, I haven’t seen even once birds flying close to it,” said Zhilkashinova.

According to her, the only downside is the turbine’s noise, but that’s not a big problem, as there are many new technologies that can mitigate that effect.

Zhilkashinova is the head of the Energy Saving and Alternative Energy Laboratory of the National Scientific Laboratory for multiple-access. Now, she is working on a new hybrid model of her turbine for industrial use.

Being selected to be recognised by the nation’s 100 New Faces project has laid some additional responsibilities on the physicist.

“First of all, it is a responsibility and feeling of constant control by the society. You often have to attend events with the young generation and [try to] be their role model. And [for this] you have to always try to achieve something,” said the scientist.

Zhilkashinova decided to make research her life in high school and advises all young people who ask for guidance to do the same. From time to time, she gives lectures and presentation for school children at the Pushkin Library in Ust-Kamenogorsk.

“When a person chooses their life profession, they should choose it with their hearts, because losing your valuable four or five years [to studying in a particular field] and then not working within the profession is very reckless. In choosing your occupation, you should thoroughly think about it and take the decision only by yourself, and not listen to your parents,” said Zhilkashinova.