ASTANA – Kazakh Minister of Culture and Sports Arystanbek Mukhamediuly reported the details of a new inbound and outbound tourism development strategy at a Sept. 24 Majilis (lower house of the Parliament) meeting. They include developing a tourism map, establishing a tourism and hospitality university and enhancing access to tourist sites, among other measures. 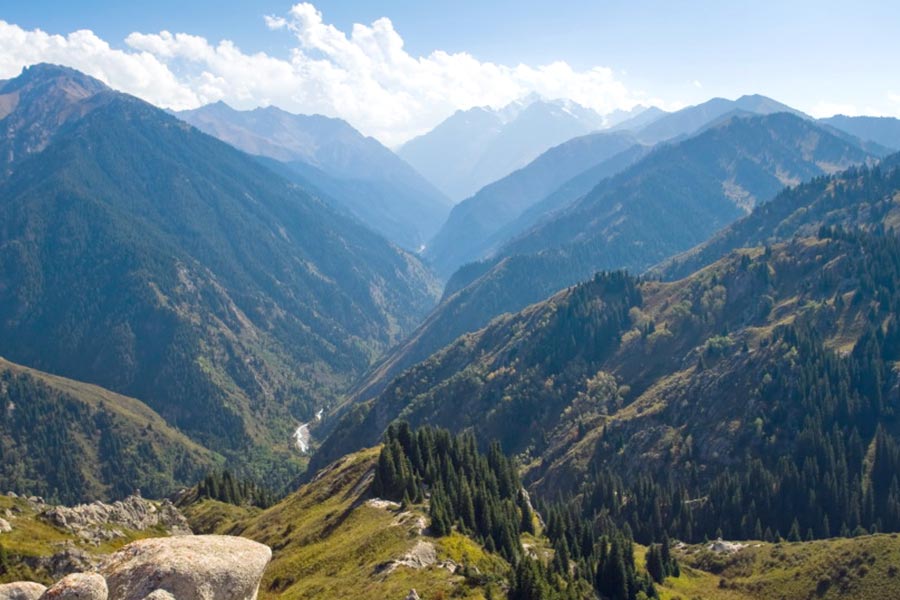 The government set the goal of increasing the tourism share of the country’s GDP from the current 1.3 percent to 8 percent by 2023.

The map will feature the nation’s major tourist sites. In choosing the destinations, officials examined the uniqueness of an object as a “tourist magnet,” potential growth in tourist flow and historic and cultural significance.

“The work will be done to develop the infrastructure of these tourist places. This will require approximately 1.5 trillion tenge (US$4.1 billion), of which 30 percent is from the national budget and 70 percent is private investments,” said Mukhamediuly.

The plan is set at a high level, as the ministry seeks to increase the number of inbound and outbound tourists from the current three million to 13 million visitors per year, create more than 60,000 jobs and attract nearly $6 billion in investments with an added value of $6.5 billion per year.

The government is also planning to establish the university in the capital as a means of boosting the existing human resources and training high quality professionals in the field.

“Tourism needs systematic measures for a pivotal change in its development in Kazakhstan. We need a large scale change in the way people think. Tourism should become a big business idea and Kazakh hospitality a new global brand of Kazakhstan,” he added.

“We need to adapt the existing mechanisms of state support in the tourism industry and work on parameters of a new financial and economic investment model. Investments are expected to be colossal; therefore, we need to synchronise the flow of budget and investor finance,” she said.

Iksanova also stressed the need to reintroduce the open skies regime first launched in the capital for EXPO 2017. In April, the government introduced a 72-hour-long visa-free transit regime for Chinese and Indian citizens that will last until the end of 2018.

“This regime is active in 119 states and 18 of them introduced this regime unilaterally. We also need to tackle visa support issues and at the same time understand that liberalisation of a visa regime will not immediately result in crowds of foreign tourists coming to us,” she added.