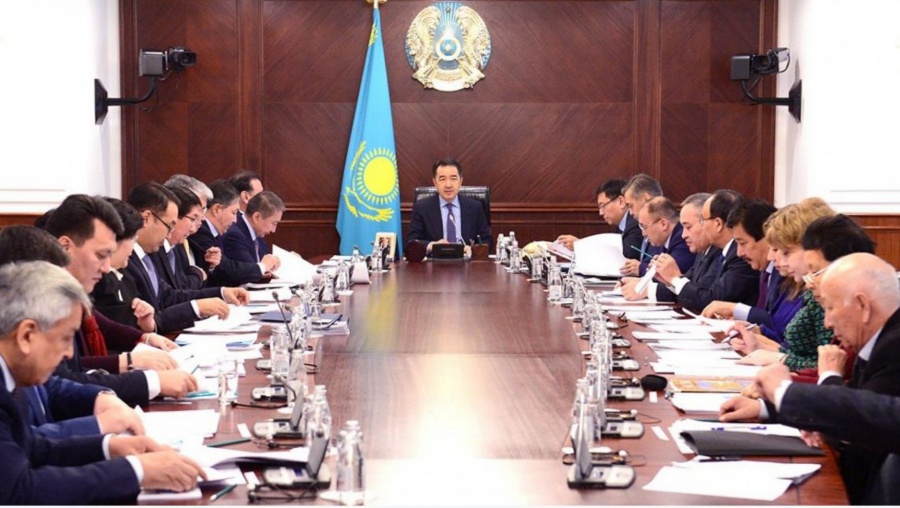 National Bank chairman Daniyar Akishev reviewed creating the conditions needed to purchase affordable apartments. He noted the 7-20-25 programme, initiated in July, offers citizens the opportunity to make housing purchases through a loan in tenge with an annual rate of 7 percent, an initial contribution of 20 percent and for a period of up to 25 years. Currently, 2,352 applications worth 28 billion tenge (US$76.25 million) have been approved.

“First, a person should choose an apartment based on the criterion in the programme. Secondly, he or she needs to come to the member bank (involved to the programme) and apply for a loan. There is a need to have officially confirmed income documents and not to have housing on the right of ownership. Currently, seven banks are accepting these kinds of applications,” he said.

Minister of National Economy Timur Suleimenov discussed reducing the tax burden to increase wages for low-paid workers. At present, the tax burden is reduced ten times for employees with a salary of up to 25 monthly calculated indices (MCI), or 60,125 tenge (US$163.70)).

The third direction involves increasing the accessibility and quality of higher education and improving student living conditions. An additional 20,000 scholarships were allocated, with the total for two years increasing from 39,000 to 69,000, according to Minister of Education and Science Yerlan Sagadiyev.

In addition to the increase in governmental scholarships, unified state testing is held more frequently, graduates are accepted on conditional enrolment and a new admissions model for master’s degree studies has been implemented. Sagadiyev also spoke about dormitory provisions.

Microcredits are vital for increasing the income of the self-employed and unemployed population.

“Seven thousand, nine hundred and fourteen people from the self-employed and 979 unemployed were given the opportunity to do business, as well as to formalise their activities. Also, many jobs were created. In total, 8,256 jobs were additionally created by the recipients of microcredits,” she added.

The final initiative relates to improving the country’s gas use. Design and estimate documentation for improvements to the Saryarka gas pipeline in the Kyzylorda-Astana section was approved Aug. 28 and construction and installation is scheduled to begin once the general contractor is assigned, according to First Vice Minister of Energy Makhambet Dosmukhambetov. The company should be named in November or December and the work completed before the end of 2019.

The Saryarka line will be connected to the existing Beineu-Bozoi-Shymkent gas pipeline in the Kyzylorda region. The enlarged line is expected to meet the capital’s demands and populated areas along the Saryarka highway through 2030 and Kokshetau city and the North Kazakhstan region through 2040.