ASTANA – Kazakhstan has given birth to many talents, one of whom is Ivan Gusev, the Karaganda-born pianist currently residing in the United States and performing concert programmes on its world-famous stages. 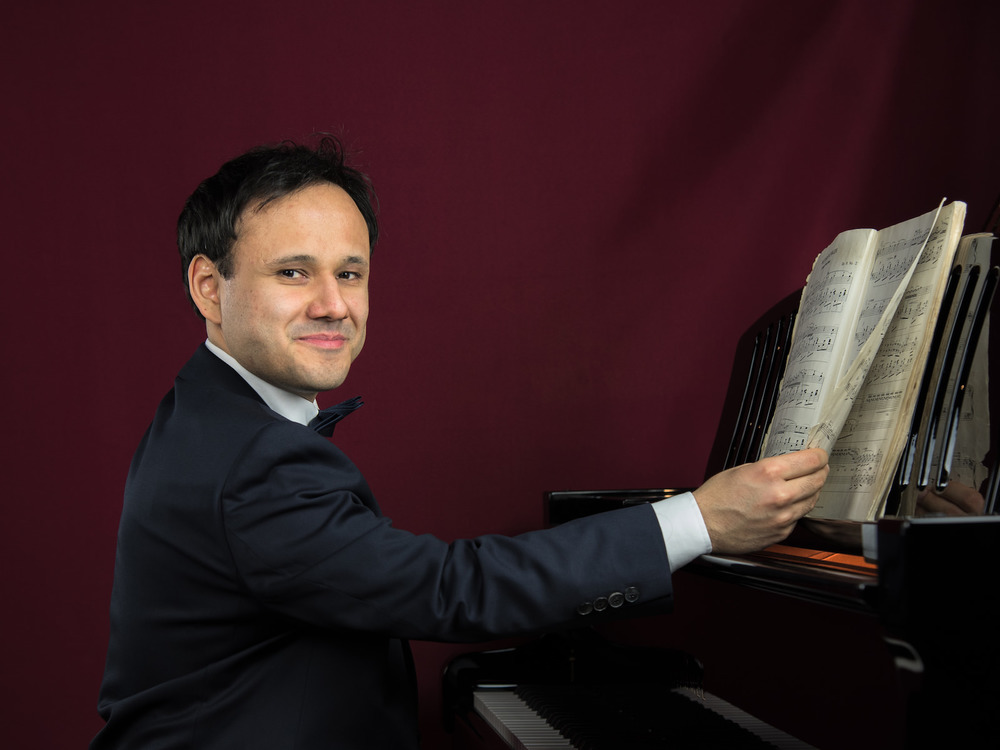 Born in 1988, his family moved to Korolev in the Moscow region in Russia when he was four years old. His passion for music has its roots in his childhood.

“This is a very peculiar story, as I was not born into a family of musicians. When I was three or four years old, I had a toy-like piano, a small grand piano of blue colour. I used to play it for nearly 30-45 minutes every day,” Gusev told The Astana Times.

As a child, he attended the School of Arts in Korolev and was invited to continue his studies at the Chopin Music School of the Moscow College of Instrumental Performance when he was nine.

“I started going to a music school when I was seven and probably no one thought it would become something serious, but it came about of itself. I started winning competitions; at first regional ones, then national ones,” he said.

“My parents, though, are quite musical. They had vinyl discs that I listened to and my grandmother and great grandmother sang very good as well,” he added.

Talent is certainly a key to building a music career, yet it takes years of hard work and true commitment to succeed.

Gusev enrolled in Moscow’s Gnessin College of Music in 2004 while continuing to participate in national and international competitions. He graduated from Tchaikovsky Moscow State Conservatory with highest honours in 2013 and two years later earned his master’s degree there.

“I was doing good in sciences and at some point in time, I believe when I was 11 years old, I performed the first part of the concert. This music mesmerised me so much up to the point when I realised I could do nothing but music. My brain stopped grasping math and sciences; then, I decided that music is what I want to do,” he said.

Embarking on this path, however, was a challenge.

“Choosing a profession, not to be afraid, is hard. No one could support me in my family in a professional aspect. In this sense, it was a kind of challenge,” he noted.

“My first, I would say, serious composition that I played in a music school was Pyotr Tchaikovsky’s ‘Sick Doll.’ It is still in my memory. Sometimes I play it, too. Of course, there was interest in Chopin and I believe all pianists at some point in time go through it,” he added.

He has been performing in the United States since he arrived almost three years ago. His next concert is scheduled for Nov. 17 in Carnegie Hall in New York. Tickets can be purchased online.

“It is very good to be here – many opportunities to perform,” he said, “The audience is very warm and welcoming. They are not shy to express their emotions and give standing ovations.”

His concert programme is versatile, as he is interested in different styles and eras.

“It is very interesting to learn something new and get back to something you have not played for a long time and rediscover it, similar to meeting your old friend,” he said.

“I play classics from Scarlatti and Bach to the 20th century to Prokofiev and Shostakovich. I performed works of American composers and contemporary music if I like it,” he said.

In 2017, Gusev won the George Gershwin International Music Competition in New York, which he described as an “unexpected win.” The jury described his performance as “superb,” “extraordinary” and “the highest level of mastery.”

While in the U.S, Gusev graduated from the Mannes School of Music at The New School with a master’s degree in piano performance.

Throughout his career, he has noted his parent’s support.

“I was very lucky – my parents have always been supportive of me. My grandfather still lives in Karaganda. He is 91 years old and he is a very good philologist and my grandmother was also a philologist. They taught Russian literature in Karaganda University. I was lucky to be growing up learning a lot about literature and art and this all influenced me and served as a huge support for me,” he added.

Being a musician entails a constant search.

“There is no predetermined path that you could accomplish.  You are always in search and in pursuit of something from one side to another, countless experiments,” he said.

Gusev has performed frequently in Russia and toured Finland, Italy, Norway, Poland, Spain and Sweden. One day, he hopes to perform in Kazakhstan.

“I hope very much that it will happen. I was recently invited by the Kazakh community to perform in Boston Dec. 16 [Kazakhstan’s Independence Day]. I left [Kazakhstan] when I was four years old and I was there almost every summer, but there has been no chance yet to come to Kazakhstan with a concert programme,” he said.

Gusev noted he had “pleasant and strong” memories of Kazakhstan.

“I would be really very happy to share the emotional experience accumulated over the years,” he added.