By Dilshat Zhussupova in Sports on 11 October 2018

ASTANA – Kazakh track and field athlete Olga Rypakova has been officially recognised as the 2008 Beijing Olympics silver medalist after two other competitors were recently stripped of their medals for failing a drug test, reports the International Association of Athletics Federations (IAAF). 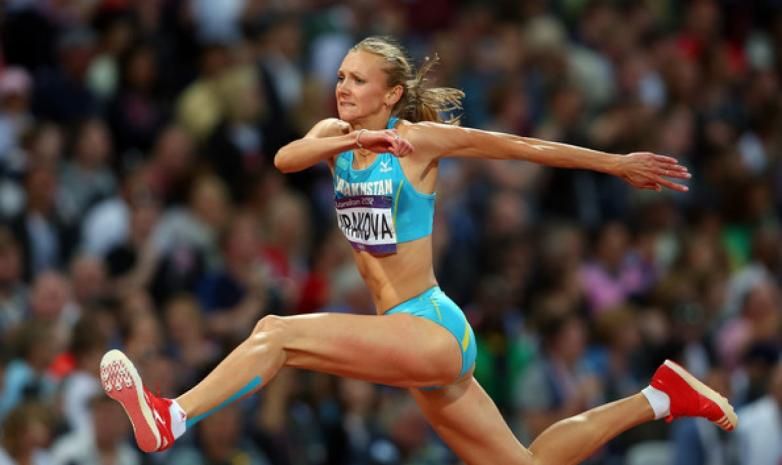 Rypakova finished fourth at the Summer Olympics, setting an Asian Record of 15.11 metres. Her jump was a mere 10 centimetres behind the bronze medallist and Greek athlete Hrysopiyi Devetzi. Shortly after, Devetzi tested positive on a drug test and was relieved of her medal, which was transferred to Rypakova.

Russian athlete Tatyana Lebedeva’s second place result was also under doubt and the International Olympic Committee’s recent sample countercheck from the 2008 Olympics via new methodology revealed an anti-doping rule violation by Lebedeva. She accepted her two-year disqualification punishment in September after her Court of Arbitration for Sport appeal was dismissed in July. Her results from Aug. 18, 2008 till Aug. 17, 2010 were annulled, and she was ultimately disqualified from the 2008 Games. Rypakova has since been upgraded to a silver medal.

“From the first day [in Beijing] I felt winged and inspired,” said Rypakova, reports the IAAF. “Nobody believed that I was able to do something special at that Olympics, but [my husband] Denis did. He was near me in the most important moments and helped me to remain calm and to keep positive.”

Originally a heptathlete, she began competing in the triple jump since 2007 and with great success. The silver medal will be the athlete’s third Olympic Games’ medal in the triple jump, as she won gold at the 2012 London Olympics and bronze at the 2016 Rio de Janeiro Olympics.

“I won bronze and was really happy to stand on the Olympic medal podium again [in Rio], even if it wasn’t the highest step. I’m sure that I did everything that I could at that moment. That feeling gave me the hope that I’ll be able to continue with athletics in the next Olympic cycle,” she said, referring to the upcoming 2020 Summer Olympics in Tokyo.