By Dilshat Zhussupova in People on 19 October 2018

ASTANA – The Azerbaijani diaspora in Kazakhstan is a proud one, with a compelling history which ought to be shared, said its community leader Vidadi Salakhov. 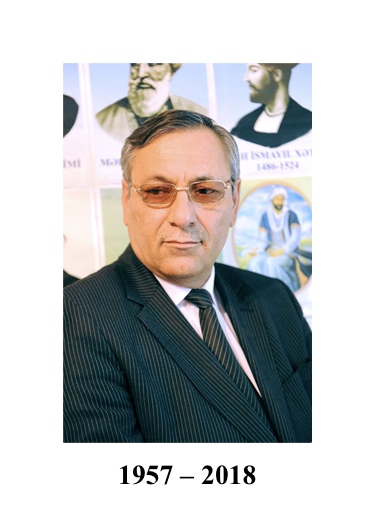 Among Azerbaijanis residing in Kazakhstan, many are descendants of voluntary migrants of the early 20th century and of the several waves of repressed groups deported from Georgia and Armenia in 1937 and 1944-49.

“One hundred and ten thousand Azerbaijanis were accepted in Kazakhstan during the years of Stalin’s Terror,” said the community leader at a 2016 event dedicated to the Day of the Unity of the People of Kazakhstan. “By the generosity of their souls, the Kazakh people, who survived collectivisation and famine and themselves lived in poverty, saved thousands of people of different nationalities.”

Some arrived to work in the Virgin Lands Campaign in the 1950s and to develop new industrial areas in the 1960-80s. In the 1980-90s, another significant migration wave was the outcome of resettlement following the Nagorno-Karabakh conflict and a lower standard of living among the population.

In 2008, the Union of Kazakhstan’s Azerbaijani Ethnocultural Centers was established. Ten regional and two city Azerbaijani national associations came to constitute this union, where people have an opportunity to learn the state language and attend social and cultural events.

Salakhov was the union’s president, the Assembly of the People of Kazakhstan’s Scientific-Expert Group chairman, the newspaper Turan-Times editor-in-chief and a Doctor of Historical Sciences. Born in a small village in Azerbaijan’s Kalbajar district, Salakhov was raised by parents who fostered his literary and scientific interests, reports Liter.kz. He also attributed his long-life interest in history to his conversations with wise, elderly community members throughout his childhood.

At 18 years old, Salakhov served in the army at Baikonur in the Kyzylorda region. During this first stay in Kazakhstan, he found like-minded people and, ultimately, friends. In this way, he found his second homeland. Shortly after, Salakhov moved to Shymkent and, later, Tselinograd. He resided in Kazakhstan for over 40 years.

Salakhov served as a newspaper editor since 2004, regularly releasing material on the Turkic roots of the Kazakh and Azerbaijani peoples, the work of the Assembly of the People of Kazakhstan and the lives of the Azerbaijani diaspora. His academic research interests also centered on Turkic culture. He penned the study “Creativity of the great Azerbaijani thinkers – the poets Nizami, Nasimi and Fużūlī,” which is available in Kazakh and English, andproduced numerous written works on the spiritual culture of Kazakhs and Azerbaijanis.

Having thoroughly studied both cultures, the scholar noted that, as people of the Turkic world, the Kazakh and Azerbaijani people have much in common and thus constitute a single nation in Kazakhstan.

As a historian, he was also quick to emphasise the important role of history, particularly in a globalised era, in consolidating Kazakhstan’s society and promoting civic responsibility among its youth. According to him, history serves as the people’s collective spiritual, cultural, social and political memory.

“Kazakh people endured many difficulties,” he said at the 2016 forum “Mangilik Yel (Eternal Nation): My fate as part of the country’s fate.” “In the 20th century, a significant amount of our people were erased by various slogans such as ‘war’, ‘enemies of the people’ and ‘dispossession’. But our people rebounded and, in a short period of time, demonstrated to the world that we are the proud people of Kazakhstan and have experienced a difficult fate. Today, these are people who have something to say and who have authority in the global arena.”

“As a citizen of Kazakhstan, I believe that our people, consisting of 130 nationalities, are the wealth and achievement of Kazakhstan,” he concluded.

Vidadi Salakhov passed away Oct. 15. The Astana Times expresses its deepest condolences to his family and friends and the Azerbaijani community in Kazakhstan. The interview was conducted a few days prior to his passing and is published in memoriam.