By Anuar Abdrakhmanov in Sports on 17 October 2018

ASTANA — The Almaty-based Kairat football club has terminated its contract with with Spanish trainer Carlos Alós, Kairat Boranbayev, chairman of the Almaty Football Club’s Board of Supervision announced in a press release. 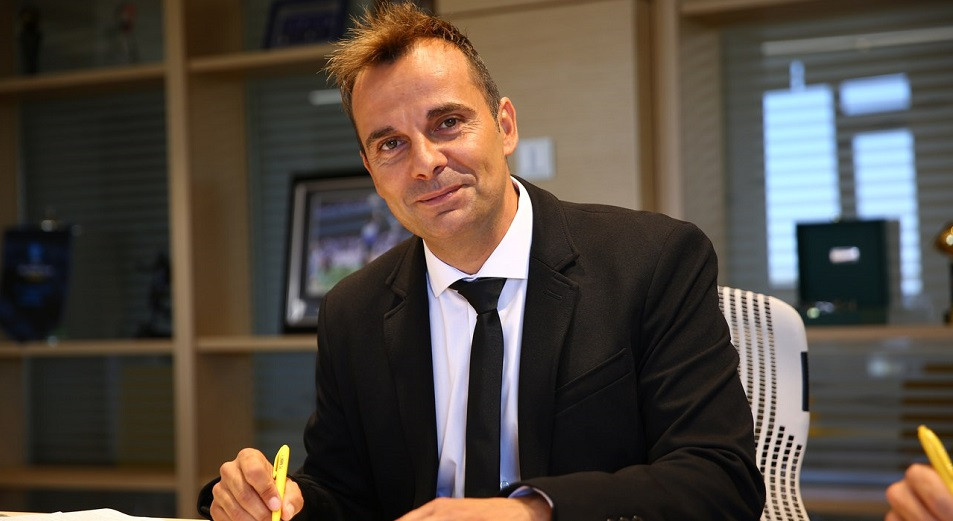 The termination follows the club’s failure to qualify for the group stage of the UEFA Europe League and an opportunity to win the Kazakh Premier League.

“We have terminated the contract with Carlos Alós after he failed to reach the main tasks. Now Andrey Karpovich serves as acting head coach. The new coach will be introduced on Nov. 15, who will be from Germany. Carlos Alós’s efforts to set the team for the group stage of the UEFA Europa League and to win Kazakh Premier League were not successful. So Karpovich faces a task to win the Kazakhstan Cup consisting solely of Kazakh citizens,” said Kairat Boranbayev.

“Today we have signed a contract with the consultant to the trainer of Germany’s national football team. He, who has worked with the national team over 19 years, will advise teams from the academy. The new trainer will be from Germany, who will take up his duties once the Premier League has finished,” said Boranbayev.

The head of FC Kairat also noted the team’s intention to keep former Arsenal FC player Andrey Arshavin for the next season.

“We didn’t believe in Arshavin, but he proved himself. Now the entire Kazakhstan supports him. In Russia, 42,000 supporters came to see him. Thus, we accomplished two different things at the same time. We did not talk about his further career in FC Kairat. We have Islamkhan or other young Kazakhstan’s footballers replacing him,” said Boranbayev.