ASTANA – First Deputy Prime Minister of Kazakhstan Askar Mamin called for the Eurasian Economic Union (EAEU) to develop common production processes in order to integrate the competitive advantages of all members of the EAEU and cut costs throughout the value chain, reports primeminister.kz. 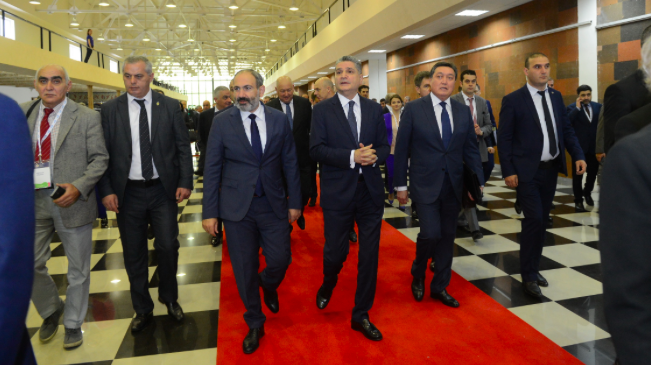 “A plan for the development of 130 joint cooperation projects in areas such as space, medicine, natural resource extraction, ecology and agriculture has been formed,” said Mamin during his address to the Eurasian Week International Forum in Yerevan Oct. 22. The forum’s theme was “The Real Sector of the EAEU Economy: Enhancing the Potential in the Course of Integration.”

Mamin emphasised that EAEU member states must act to mitigate the consequences of the global economy’s upcoming cyclical deceleration. In order to ensure sustainable economic growth through the EAEU, it is necessary to pursue a coherent economic policy aimed at strengthening the competitiveness of the bloc’s manufacturing sector.

At the same time, Mamin noted that EAEU countries already employ mechanisms to counter negative trends thanks to their coordinated policy.

“The implementation of directions for the development of a common economic space, the creation of unimpeded access to the markets of the EAEU countries made it possible to create conditions for increasing trade between countries, regardless of external factors. In the Doing Business 2018 rating, the EAEU takes 35th place out of 190 – an increase of five positions compared with 2017,” said Mamin. The Doing Business report is an annual ranking by the World Bank of the ease of establishing and operating a business across the nations of the world.

The EAEU has eliminated 15 barriers in various industries to improve the business environment in the domestic market and significantly cut costs for businesses.

Mamin also noted that digitisation is the main issue in the further development of the production potential. “There is a strong need to harmonise digitisation between EAEU countries, including in connection with the high sensitivity of the process to the backlogs in individual sectors or regions,” he stressed.

The first deputy prime minister expressed confidence that the Eurasian Week Forum will become an important tool for developing the economies and investment and export potential of the EAEU and will further integrate business processes. 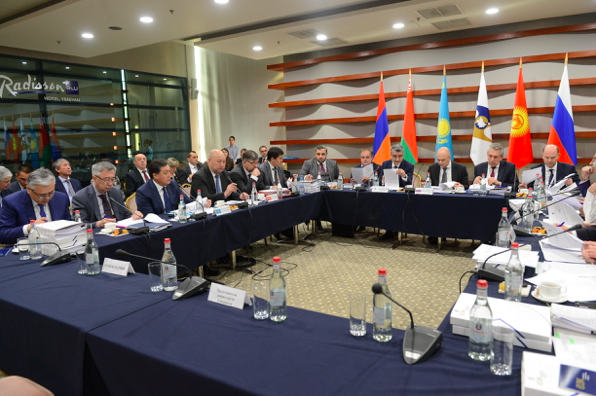 While in Yerevan, Mamin took part in the presentation “Modern Development Paradigm Within the EAEU,” visited an exhibition of manufacturing goods made in EAEU member states and attended a meeting of the Council of the Eurasian Economic Commission.