By George Baumgarten, United Nations Correspondent in International on 2 October 2018 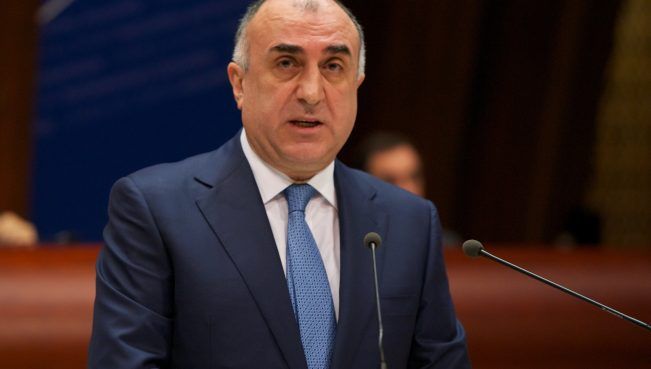 His remarks were delivered as part of the assembly’s annual September General Debate, in which representatives of nearly all nations present their worldviews.

The foreign minister mentioned Azerbaijan’s participation in trade and transportation corridors, as well as the recently opened Baku International Sea Trade Port Complex. He also pointed to the Trans Eurasian Information Super Highway (TASIM), which is a fiber-optic line running from Hong Kong to Frankfurt.

Mammadyarov also cited his country’s bid to host a World’s Fair in Baku in 2025, for which it is competing against Osaka, Japan and Ekaterinburg, Russia. He noted that the Eastern Europe/Caspian/Caucasus region has never hosted a World Expo.

Noting that this year marked the 70th anniversary of the Universal Declaration of Human Rights, he said human rights were among Azerbaijan’s “top priorities.” He also said education was the country’s top domestic priority. He mentioned that Azerbaijan was the very first country in the Muslim world to grant women the right to vote in 1918.

The minister said Azerbaijan is a recognised centre of multiculturalism and that “all ethnic and religious groups live in Azerbaijan in peace and harmony.”

He announced that Azerbaijan will take over as chair of the Non-Aligned Movement in 2019.

In relation to the latest events in the conflict with neighbouring Armenia over the disputed territory of Nagorno-Karabakh, Mammadyarov said a hoped-for lessening of tensions with a new government in Yerevan had not yet been realised. He added that Armenian economic development is not viable without peace.

“There is no alternative to peace, stability and mutually-beneficial regional cooperation,” he said, adding any agreement must be in accord with Azerbaijan’s constitution and international law and that it is vital to preserve the “sovereignty and territorial integrity of Azerbaijan.”