ASTANA – The city hosted the Smart Service hackathon Oct. 27-28, where 160 participants had the chance to suggest their solutions to make the capital more innovative, attractive and comfortable. 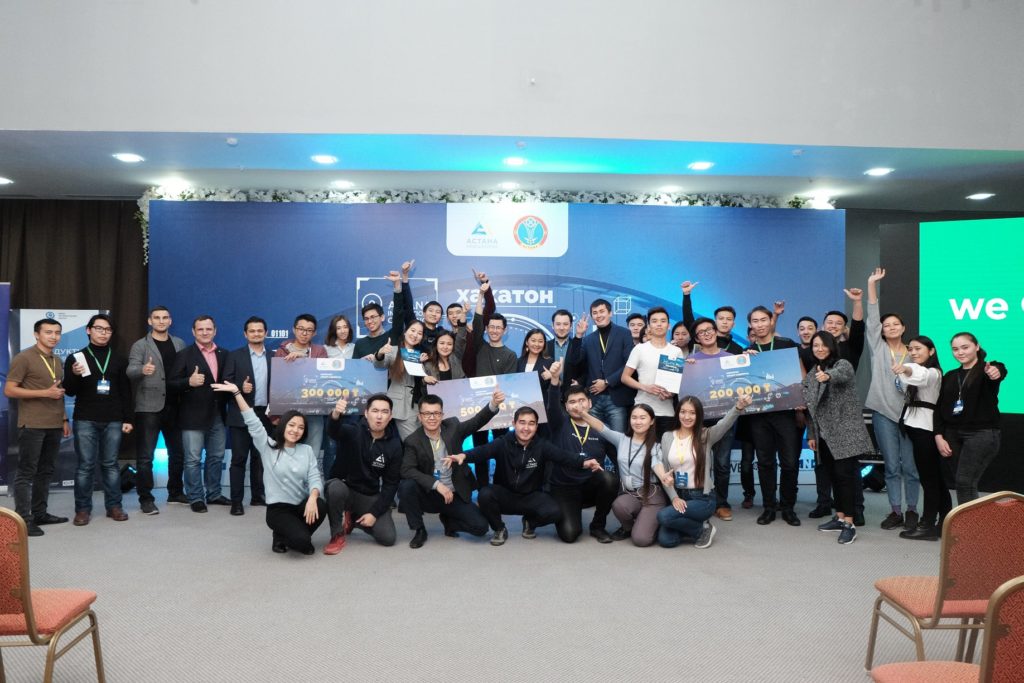 The teams had 48 hours to develop a product that would meet the city’s needs as tasked by Astana Innovations and its partners, including ARTA Digital Services, Ernst & Young, Open Technologies Group and the Sustainable Development Centre.

Capital residents face an array of problems that the administration is trying to address and more efforts are needed to facilitate people’s involvement in city life, their ability to oversee its development, participation in the decision making process and opportunity to report problems they face to state bodies.

The participants presented 21 projects, with the jury panel of 12 experts selecting 10 finalists. First place went to the Usynys team with their project that connects state bodies, citizens and private organisations in a single register of civil initiatives and problems. They received a 500,000 tenge (US$1,358) cash prize.

“We serve as an integrator between these three large segments. We simplify the work for state bodies. For private organisations, we provide access to citizens,” said the team.

“To identify key problems, we carried out an online survey with 250 respondents. We asked several questions; for instance, whether they faced any problems in the city. More than 70 percent answered yes,” added the project representative.

The survey also queried whether any measures were taken to address the problems and 60 percent of the respondents answered no, as many did not expect positive developments should they reach out to the city administration with their requests.

“For the main question about what ways you can suggest to tackle an issue, more than 70 percent said they would like to have an app that will collect all initiatives and problems in one place,” said the team.

The team also plans to use a point system to encourage people, where a user can receive points for each problem he or she reports and receive prizes.

The AIKA team, which developed a bot that processes the technologies and specifics of the Kazakh and Russian languages, took second place with a 300,000 tenge (US$814.80) cash prize.

“The bot serves as a link between the city administration and city residents, provides information about violations and fines, accepts requests and can conduct conversations,” said the project team, whose members study math and computer science at Nazarbayev University.

The Astana Reality team design allows city residents and guests to identify objects via a photo recognition mechanism hard-coded in a mobile app. The team received 200,000 tenge (US$543.20).

Astana Innovations Deputy Chair Meiram Dyusyukov noted the role of technology and communications in developing a smart city. He believes young, creative people are key to reaching the goal.

“A smart city is when its objects and subjects work with maximum benefit for the city and its residents. Therefore, state and business should become full-fledged partners in addressing not only economic, but also social issues,” he said.

He reaffirmed developing an innovative eco system and culture among the company’s main goals.

“We will provide significant support in innovation projects at all stages,” he added.

“We plan to bring the projects of our start-upers to an international market and conduct acceleration programmes. This competition is for sure not the last one this year,” said Dyusyukov.