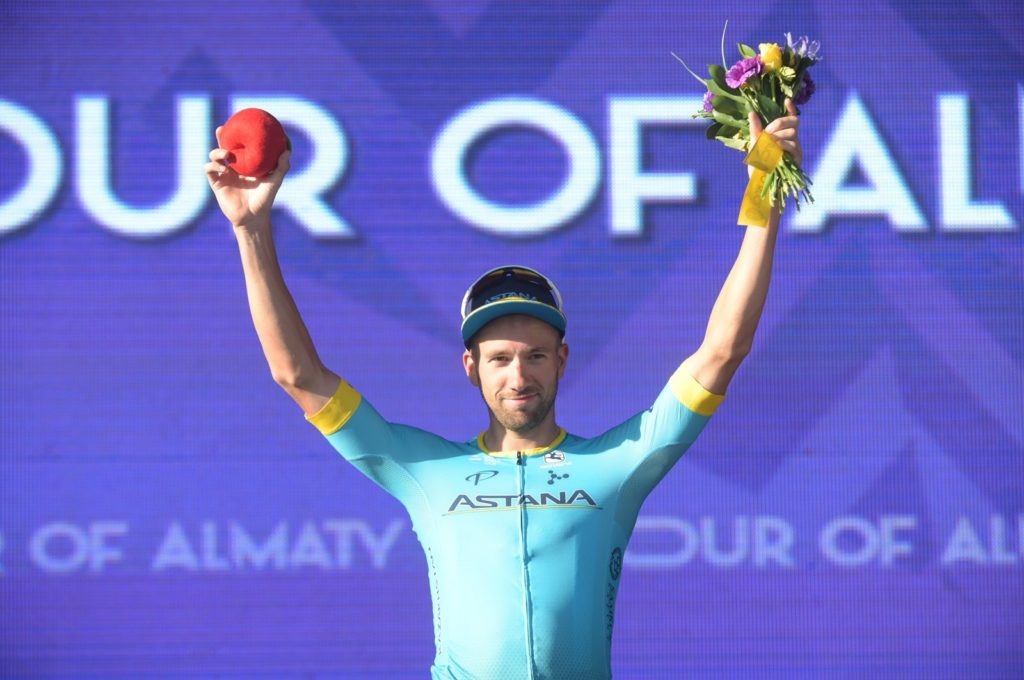 Introduced last year, the race features two stages. The first is a 182-kilometre race through the streets of Kazakhstan’s most-populous city; the second, a 160-kilometre mountainous race to the high-altitude Medeo ice rink.

The first phase was dedicated to the memory of Kazakh cyclist Andrei Kivilev, who died 15 years ago in an accident during the Paris–Nice race. Shortly after the 150-kilometre mark, Villella attacked from the breakaway group and crossed the finish line 35 seconds ahead of Simon Pellaud and Pierpaolo Ficara, who placed second and third, respectively.

“Of course, I am very pleased to be here in Almaty and participate in this race. In the second stage, there will be a difficult climb closer to the finish line. I specifically trained for it and we will see what will happen tomorrow. I was very glad to find out that cycling is so popular in Almaty,” said Villella.

The second stage win came as a team effort from Villella and Luis Leon Sanchez. The peloton caught the breakaway seven kilometres before the finish line and guarded by his teammate, Sanchez sprinted to victory.

“I want to note the excellent teamwork. Davide and I worked in tandem and we showed an excellent result. I went on to attack right at the very end, because the goal was to win. The climb to Medeo was hard, but I live in Andorra, where there are also many high mountains. I’m off to race in Italy soon, so Tour of Almaty was a good endurance test for me,” said Sanchez.

Delio Fernandez Cruz came in second and Villella in third to claim the overall victory.

“We want to make a Tour of the Silk Road. The start could be in Almaty and the finish in China. It would be a big international cycling event. You know that all three of the most famous Grand Tours are held in Europe: the Tour de France, the Vuelta, and the Giro d’Italia. We think that Asia deserves to host the fourth Grand Tour. Our goal is to make a big Asian tour and Tour of Almaty as its starting point,” he said.