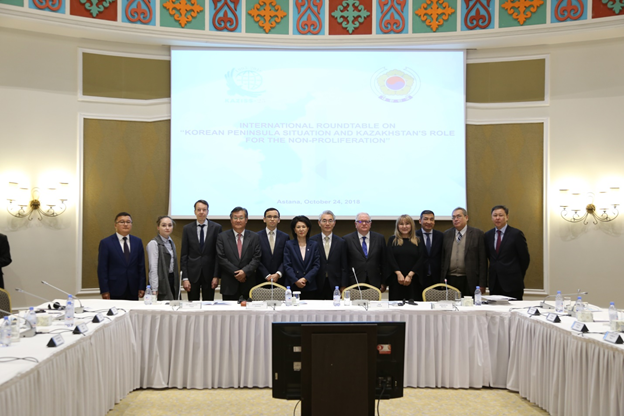 The event was organised by the Kazakhstan Institute for Strategic Studies under the President of Kazakhstan (KAZISS) and the South Korean Embassy. Participants assessed Kazakhstan’s role in global non-proliferation efforts and in helping resolve the situation on the Korean Peninsula. 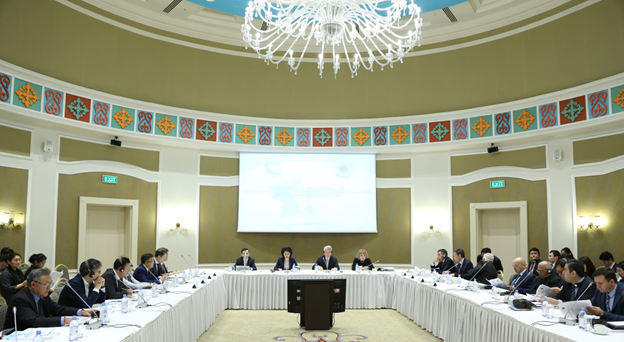 “Kazakhstan has made a historic contribution to the global process of nuclear disarmament. Peaceful foreign policy and effective anti-nuclear initiatives of President Nursultan Nazarbayev, aimed at drawing the attention of the international community to countering the nuclear threat, are helping to consolidate the world against nuclear proliferation and develop joint measures for the complete elimination of nuclear weapons,” said KAZISS Director Zarema Shaukenova.

Director of the Diplomacy Institute of the Public Administration Academy under the President of Kazakhstan Dr. Marian Abisheva moderated a session on the Korean peninsula and Korea’s policy towards peace. Joo-Hyeon Baik, who led the Korean diplomatic mission in Kazakhstan in 2012-2015, described in detail South Korea’s efforts to resolve tensions on the peninsula and the stages and successes of the negotiation process.

Director of Asia and Africa Department of the Ministry of Foreign Affairs of Kazakhstan Aidarbek Tumatov outlined Kazakhstan’s policy position on Korean issues.

“Kazakhstan welcomes all the positive trends emerging around the solution of the Pyongyang nuclear programme and supports the policy of South Korea and the current leadership of that country towards its northern neighbour,” stated Tumatov.

He said that Kazakhstan, as a country seeking a nuclear weapons-free world, supports continued negotiations to achieve the nuclear disarmament of North Korea.

Ambassador of the Korean Republic to Kazakhstan Kim Dae-sik and Chairman of the International Information Committee of the Ministry of Foreign Affairs Talgat Zhumagulov also noted Kazakhstan’s global non-proliferation efforts.