By Malika Orazgaliyeva in International on 26 October 2018

This year marks the 40th anniversary of the Declaration of Alma-Ata, which was adopted at the International Conference of Primary Care in 1978 in what was then the capital of the Kazakh Soviet Socialist Republic. That conference gathered health experts and world leaders to commit to health for all. The Declaration of Alma-Ata formed the foundation for the last 40 years of global primary healthcare efforts.

Astana’s Global Conference on PHC adopted a new declaration emphasising the critical role of primary healthcare around the world. The declaration refocuses efforts on primary health care to ensure everyone everywhere achieves the highest possible attainable standard of health. The Astana Declaration will inform the UN General Assembly high-level meeting on United Healthcare (UHC) in 2019.

“Worldwide contribution to a better healthcare has become an important asset of the medical community. The Alma-Ata Declaration, a historical document, was included in textbooks of many universities outside of Kazakhstan. The document became a prime example of the effectiveness of international efforts. It outlined the basic principles of the development of primary healthcare, including public health education, maternal and child health, disease prevention, vaccination and drug provision. Since then, healthcare throughout the world has developed in accordance with these key areas,” he said, according to primeminister.kz.

“Since Kazakhstan’s independence in 1991, we achieved a total coverage of our citizens with medical services. We have created an extensive infrastructure of PHC facilities, which include 1,808 polyclinics, medical centres and dispensaries. The priority area of our national healthcare policy is primary healthcare,” he noted.

“During the last 10 years, we were focused on disease prevention. Each year, two million adults are undergoing screening. The programme of vaccination against 21 infectious diseases covers five million people annually,” he said. 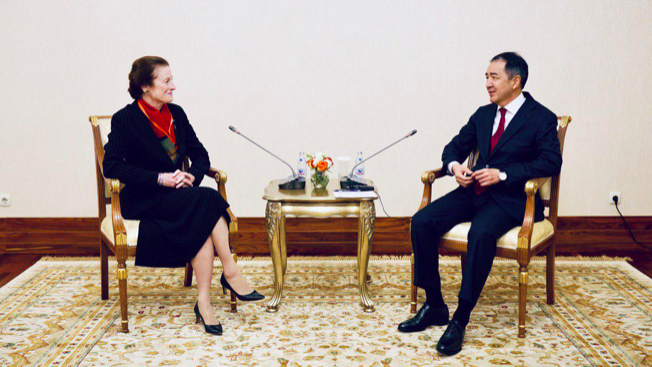 On the margins of the conference, Sagintayev discussed the protection of children’s rights with UNICEF Executive Director Henrietta Fore.

Sagintayev noted that Nazarbayev declared the next year the “Year of Youth of Kazakhstan.” In this regard, the government has been tasked to support the efforts of international organisations, the non-governmental sector, research and academic circles and  human rights organisations to protect children’s rights with an emphasis on the rights of vulnerable groups. 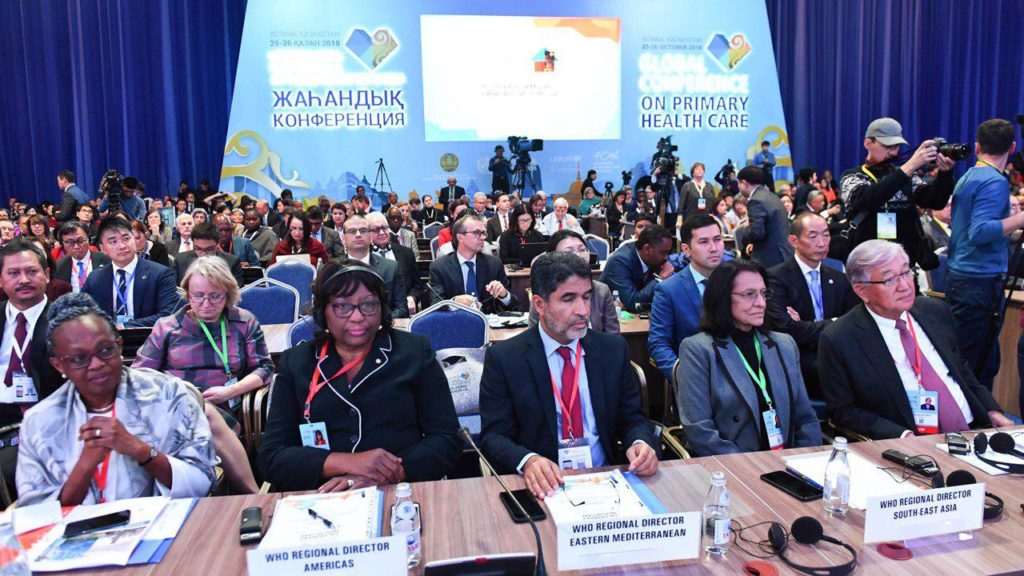 The opening ceremony continued with meetings and sessions. In addition, the conference programme included discussion sessions and exhibitions. In general, the event was attended by 1,500 participants, including heads of state, ministers, non-governmental organisations, professional organisations, academics, young professionals and youth leaders, health practitioners and UN partners. 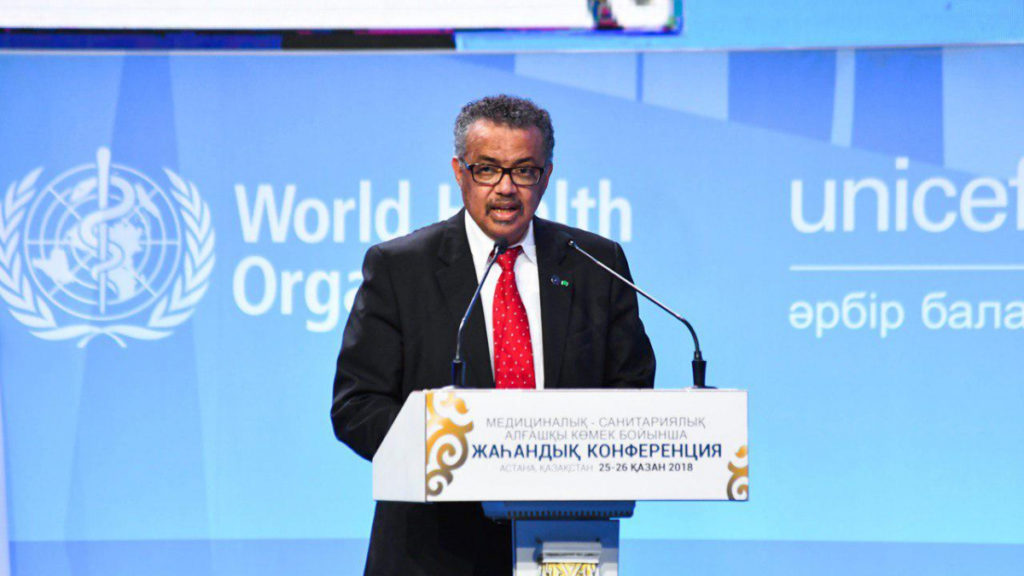 Sagintayev also met with Director General of the WHO Tedros Ghebreyesus. They discussed the development of common approaches to healthcare in the world, the improvement of the quality and accessibility of medical services and education, as well as the introduction of modern digital technologies to health infrastructure at the meeting. 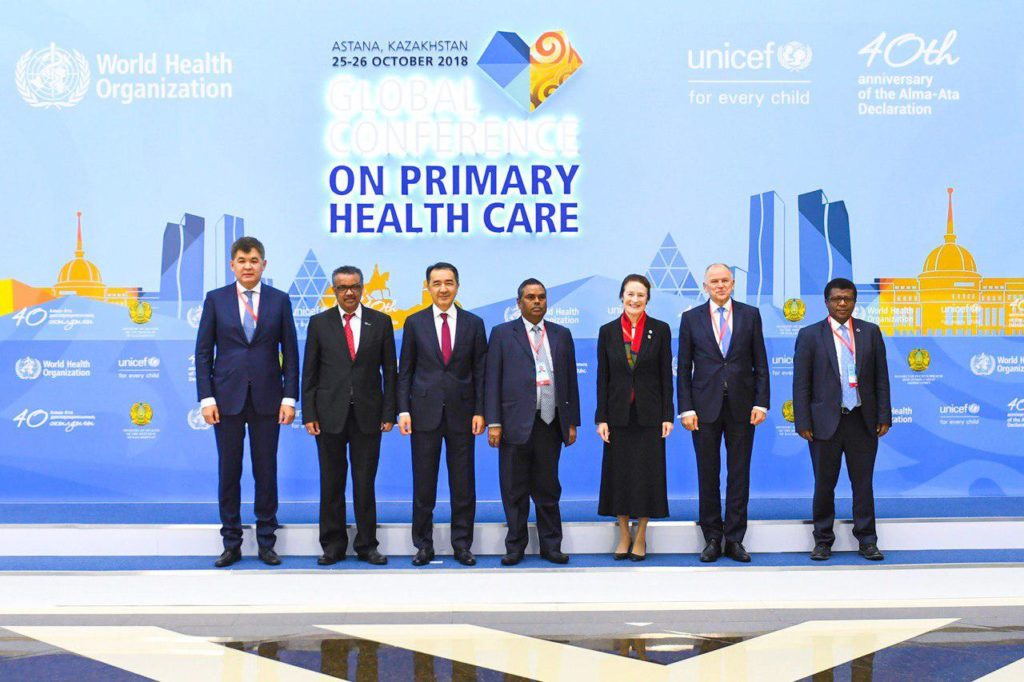 According to www.who.int, PHC is about caring for people, rather than simply treating specific diseases or conditions. PHC is made up of three main areas: empowered people and communities; multisectoral policy and action; and primary care and essential public health functions as the core of integrated health services.

This includes a spectrum of services from prevention, including vaccinations and family planning, to management of chronic health conditions and palliative care.