By Aidana Yergaliyeva in People on 5 October 2018

ASTANA – Yuri Khon, the Aktobe region’s senior inspector for the local environmental police service, was short-listed among the nation’s 100 new faces for saving human lives while risking his own. 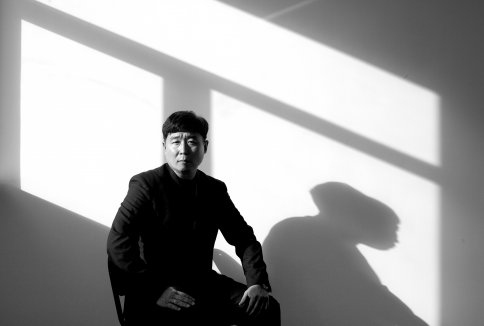 “I consider my biggest achievements in life to be saving people. I saved people from fire, water and sands. The gratitude of the saved gives you a special spirit and further motivation to work,” he said.

Khon’s moral duty is also his professional one and his heroic, decisive actions at critical moments is worthy of respect and praise. His story of rescuing three men in one day brought him to the attention of the 100 New Faces programme.

On a seemingly usual winter day, Khon and his colleague Alexander Bakshanov were on duty along the Ilek River when they noticed two men swimming in an ice hole and a third crossing the river on a patch of thin ice.

“We went to the swimmers to warn them that in this place, swimming is prohibited according to the rules. Once we were going back to the shore, one of them slipped, hitting his head against the edge of the ice hole and falling into the water. Quickly reacting, we pulled him out of the water and led him towards our car,” said Khon.

The third man, spotted approximately 200 metres away, also fell through the ice. As he tried to escape, the ice cracked.

“I quickly ran in that direction, but beneath my feet the ice began to crack, too. The closer I got, the more I realised that I was about to fall under the water. As a child, my father taught me that in such cases you need to lie down on the ice and stretch your arms and legs to reduce pressure. I did so and crawled closer to the drowning man. [As I was] approaching, I shouted to him not to panic, keep afloat and look at me. Suddenly, he became calm and began to draw down fast. I crawled closer, broke the ice and grabbed him by the jacket and then slowly crawling back, pulled him out… The next day, Askhat (the saved man) called me and said briefly ‘Thank you, brother! You saved my life!’ After these words, I had a sense of fulfilled duty,” said Khon.

Upon being named as one of the 100 New Faces, Khon noted he had no idea his candidacy was being considered and never wished for acknowledgement. Yet he found the recognition of his deeds very motivating for being a role model for his colleagues and youth.

“I received a lot of inspiration from personal acquaintance with people of different professions, destinies and worldviews,” said Khon, upon becoming acquainted with the other winners. “Once again, I was convinced that the well-being and mood of other people, whom we don’t even know, depend on our everyday and invisible work, even if it sometimes takes place in fairly extreme conditions. Can this not please and stimulate the development of the person himself?”

Khon was born in 1972 in Karazhal, a small town in the Karagandy region, where he was raised to be a patriot of his country and a hardworking and honest man. Initially, he wanted to become a doctor, entering Tomsk Medical School. Due to certain life circumstances, however, he redirected his career path to guard the public order. He changed his occupation, but his motives to be helpful in society by saving lives remained the same.

For 20 years, Khon has worked on cases ranging from petty theft to special operations in drug trafficking, risking his life to save others.