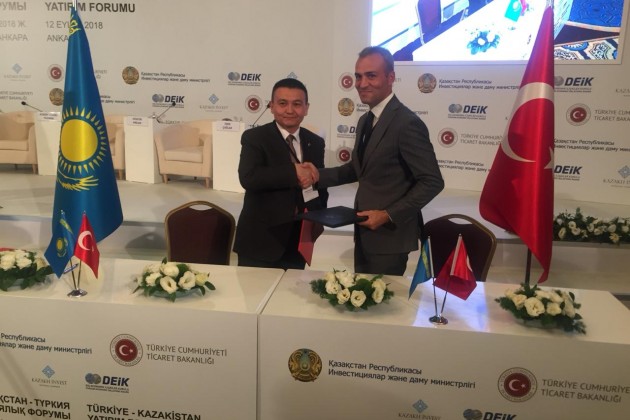 The company was enticed by Tau-Ken Samruk, a Kazakh company subsidiary of the Samruk Kazyna Sovereign Wealth Fund, which has attracted strategic investors to existing projects to extract and process polymetallic ores at the Aligyr deposit and explore for gold at Yuzhno-Moyintinskoye. A memorandum of understanding was signed by Tau-Ken Samruk Chairperson Kanat Kudaibergen and Lidya Madencilik CEO Mustafa Aksoi, according to the former’s press service.

After advertising the Yuzhno-Moyintinskoye gold deposit sale, Lidya Madencilik, which has experience in developing gold deposits in its own country, presented the only offer, the press service added. Negotiations began in September 2017 and finished in August when the managements agreed on cooperation terms.

Founded in 2006, Lidya Madencilik is the mining division of the Calik Holding group of companies, which also operates in energy, construction, real estate, textiles, finance and telecommunications. It has representative offices in 22 countries, including the Balkans, Central Asia, the Middle East and North Africa.

Kazakhstan’s overall production of unwrought and semi-processed gold or in powder form reached 53,432 kilogrammes in January-July, a 9.7-percent increase compared to the same period in 2017, reported the Kazakh Ministry of Economy statistics committee.

The gross output of unwrought and semi-processed silver or in powder form is much higher, reaching 575,426 kilogrammes during the same period. The figure is 9.6 percent less than the previous year.