By Aidana Yergaliyeva in Culture on 21 September 2018

ASTANA – Tselinny, once a fashionable Soviet cinema in Almaty, has been reconstructed into the country’s first centre for contemporary culture and arts. The re-opening began Sept. 15 with an exhibition of contemporary architecture and arts. 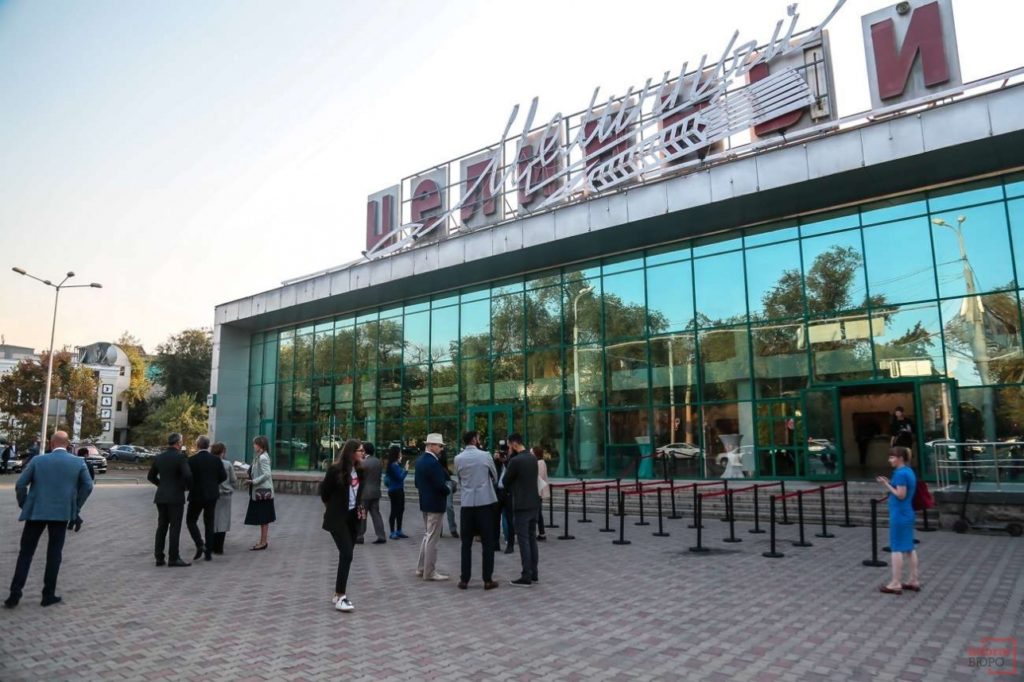 Tselinny was one of the city’s largest cinemas when it opened in 1964 but lost its glory in the 1990s. The movie house closed and was sold in the 2000s.

The initial display, available until Nov. 4, will allow the cinema to resume its past glory for a few months. The building will then be partially closed for reconstruction. Another part of the centre will serve as an exhibition and research site until its full opening, anticipated in 2020.

“Tselinny will not only be another attraction for citizens, but it will give a powerful impetus to the development of modern culture and art throughout Central Asia, and in the future will enter the list of leading world arts institutions,” said founder Kairat Boranbayev.

Opening day started with the three-part project Beginning, with visitors treated to various installations and photos with views of old Almaty. The first section traces the story of the building to Soviet times.

Garage, the Russian museum of modern art, assisted the organisation, as architects from the Grace bureau designed the exhibition’s scenography. The building contains large-format photographs, research materials and archival documents of Almaty’s architecture from 1960-1980s. 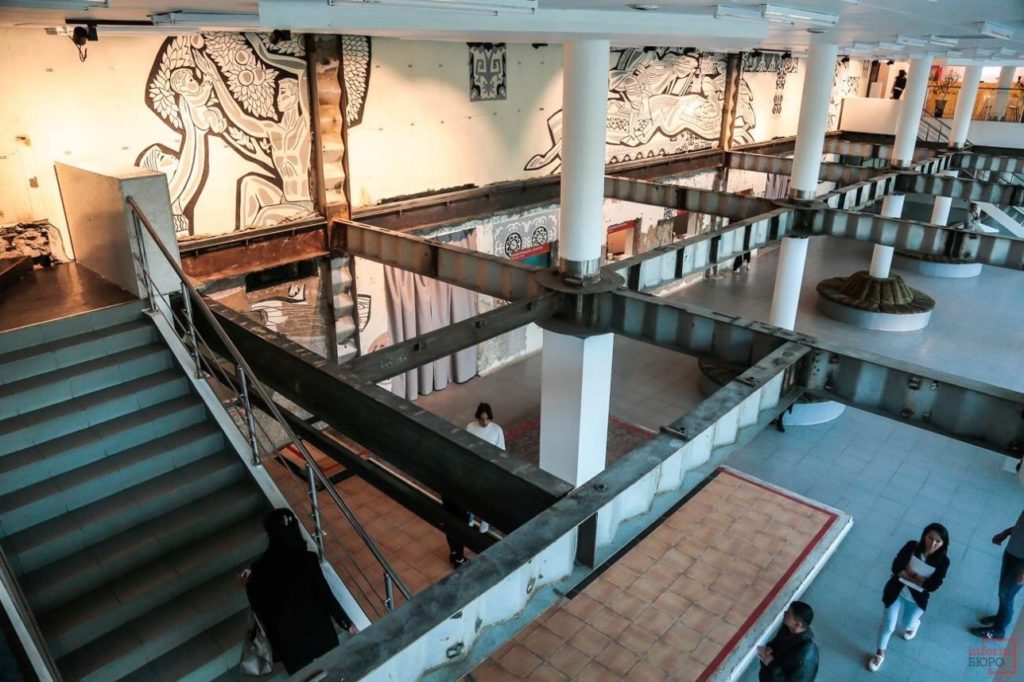 “The centres of art, galleries and museums today are the main adornment of modern megacities. So, it is not surprising that we want to give a city like Almaty, which is dynamically developing, its own cultural centre created by the latest world standards,” said Boranbayev.

According to the organisers, the new centre shows post-war architecture from a new angle incorporating the natural, social, political and cultural context of the times. It reveals the uniqueness of architectural decisions and unity of the urban environment.

“The project reflects the multifaceted nature of the new institution… In a single space of the first project we combine art and architecture exhibitions, educational programmes and film screenings, but most importantly, [we] open and expose the building itself that allows you to read on the surfaces and layers of plastering the change of different epochs, their thinking and ideology,” said Beginning curator Yekaterina Golovatyuk.

The second part of the project will be staged in the former nightclub built into Tselinny in the early 2000s, where Central Asian contemporary artists of different generations will show their works.

The third part is a public film screenings programme in the cinema halls, including lectures, discussions, workshops and excursions. Visitors can watch archival newsreel, cult films by Kazakhstan directors and Soviet documentaries, as well as a demonstration of films from the Garage Screen Film Festival. The programme will also include feature films devoted to various types of artistic creativity and the best examples of modern experimental cinema. 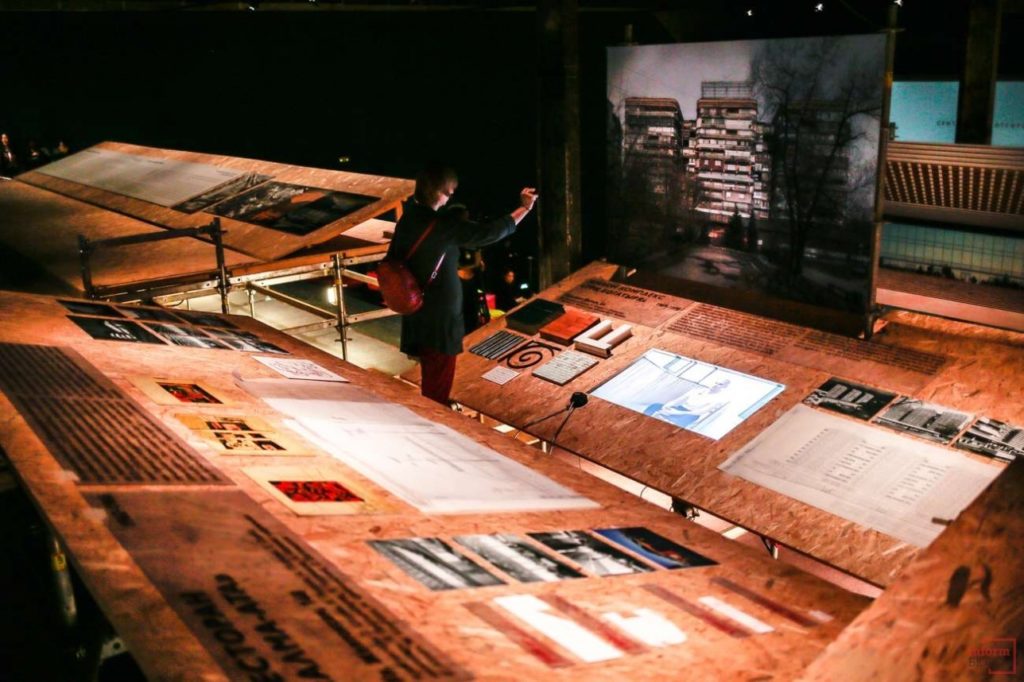 “The exhibition at Tselinny will become a kind of prologue to the future activity of the centre. It will support young artists through exhibitions, residences and educational programmes,” said the exhibition’s curator Meruyert Kaliyeva.

The restoration has uncovered items once considered lost, such as the sgraffito (a form of decoration made by scratching a wall) by Eugeniy Sidorkin found in July. Sidorkin was a Soviet graphic artist and honoured art worker of the Kazakh SSR. It was assumed the sgraffito had been destroyed during the repair works in 2000 and a copy was reproduced on the southern facade of the building.