ASTANA – Lives’ Talk, a Korean start-up, has developed two gadgets and a mobile application to help Kazakh farmers quickly determine the location of their cattle.

The idea behind the device belongs to team leader Yung Yang Cheng, who identified the problem during his trip to Kazakhstan two years ago.

“I noticed that farmers sometimes have to look for the cattle in remote areas and mountains for more than five-six hours,” he said.

With a view of helping farmers easily track the animals, the team developed a system composed of a collar with transmitter, receiver and smartphone mobile app. 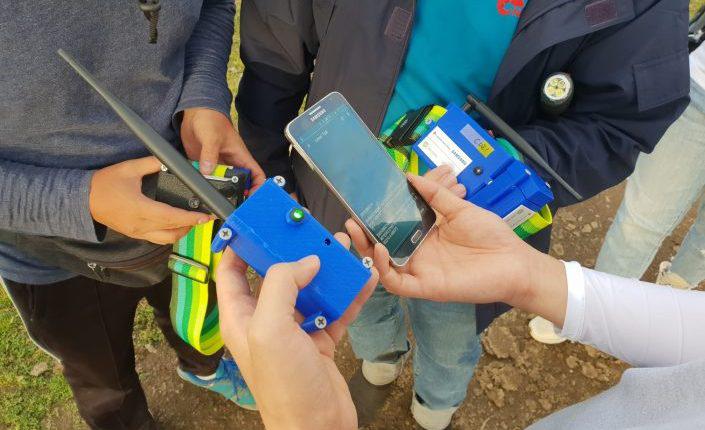 The transmitter sends a message to the receiver about the animal’s location. The receiver, placed with the owner, then forwards the information to the smartphone via Bluetooth.

The transmitter, capable of working for three days, sends signals to the receiver every 10 seconds within a five-six kilometre radius, which can simultaneously receive signals from 1,600 transmitters. The system does not require access to the Internet or mobile phone coverage.

The cost of a prototype for 10 animals is $700. The team, however, aims to cut expenses to $300 by obtaining subsidies from the World Bank and Asian Development Bank.

“For now, we are testing the device and several functions require modifications. For example, the plans are to extend the autonomous working period of the transmitter from three days to two-three weeks. The final product will hopefully be ready next spring,” said Yung Yang Cheng.

The device will be tested next year in 50 farms in South Kazakhstan.

The project, presented during Samsung Tomorrow Solutions 2018, captured first place among more than 1,865 proposals. Since 2013, the company has been seeking ideas benefiting education, health and medicine, environment and safety and the local community and awarded more than $900,000 to 40 winners for project realisation.