By Dilshat Zhussupova in Nation on 12 September 2018

ASTANA – PaperLab is a discussion platform offering scholars and state bodies the opportunity to be exposed to and critically reflect on each other’s expertise, views and decision-making. Launched in 2016 by Soros Foundation-Kazakhstan’s Public Policy initiative graduates Serik Beissembayev and Malika Tukmadiyeva, the platform supports young researchers and contributes to developing Kazakh expertise. 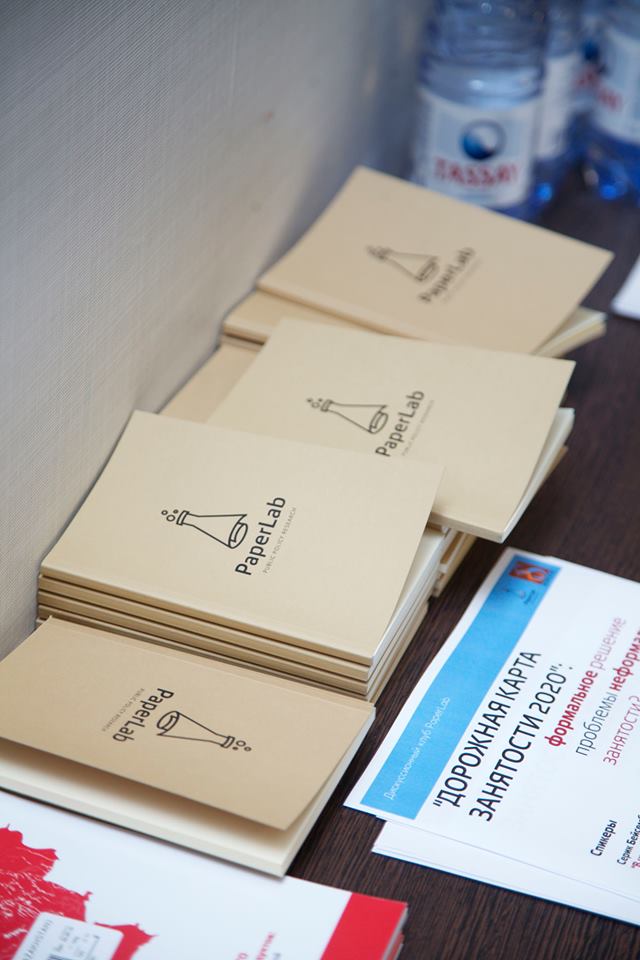 The project idea was devised during their five-month fellowships at George Washington University’s Elliott School of International Affairs’ Central Asia Programme. There, the young professionals built on their research and analytical skills through seminars, workshops, training sessions and mentorships.

“Given that experience, we realised that we lack a medium through which researchers may share their work and discuss their findings under a common theme,” said Beissembayev. “The absence of such a platform is a key problem in our community because it hinders the development of research.”

They took it upon themselves to create and foster a research-oriented environment in Kazakhstan, registering the discussion platform as the PaperLab public fund. The name is equal parts creative and informative, referencing the colloquial term for an article in academia – “paper” – and the idea of a public policy research lab.

PaperLab is an independent platform providing an open exchange among engaged citizens, researchers and government officials. Every six weeks, it holds expert discussions on issues which concern everyday citizens, with the objective of developing recommendations for effective policy decision-making.

Topics include sports, religion, gender, media, non-governmental organisations and criminal justice reform. Selecting the themes involves noting what has caused public resonance and considering whether experts may make a valuable contribution to the given policy area.

“Rarely do we have issues with finding experts and researchers,” said Tukmadiyeva. “We try to focus on young researchers because they are interesting, charismatic and produce high-quality research. For the sake of the quality of the discussions, our job is often to pivot the attention of researchers from theory, methodology and international best practices toward the formulation of recommendations, since we want discussions to be more applied than abstract.”

In this way, PaperLab has established a network of early-career researchers from different countries.

“There are researchers from Kyrgyzstan, Uzbekistan and Kazakhstan. The latter constitute the project’s backbone, many of whom are graduates of the Soros Foundation-Kazakhstan’s Public Policy initiative,” added Beissembayev.

The project founders value a plurality of perspectives, as indicated by the inclusivity of their discussion panelists.

“Initially, we were concerned that it would be difficult to work with government agencies because there is a commonly held belief that our state bodies are closed off to communication and engagement,” said Tukmadiyeva. “We did not encounter this problem. With some exceptions, almost all government agencies have been receptive, especially at the top levels.”

As they developed the basic concept the last two years through trial and error, the PaperLab team has come to better understand how dialogue may be best facilitated. Beissembayev and Tukmadiyeva aim to accomplish even greater inclusivity by fostering representation from a broader range of experts from the country’s regions and, for the first time, hosting discussions in Kazakh.

“We are interested in observing the difference between discussions in Russian and Kazakh, if there are any differences at all,” said Tukmadiyeva.

The desired outcome is to provide an opportunity for the meaningful discussion and analysis of important decisions, given that many reforms are currently occurring in Kazakhstan.

“Even if we do not directly influence decisions, we still shape a culture in which officials may come and talk with experts and citizens on contentious issues,” said Beissembayev. “Following certain discussions, civil servants have reached out to us for consultations. For instance, after holding a discussion on mass sports events, an organisation of Astana’s Department of Culture and Sports approached us. I realised that the problem partially stems from the fact that state bodies often do not have access to expert knowledge in the first place.”

PaperLab discussions are announced and livestreamed on Facebook at @paperlabkz.