By Zhanna Shayakhmetova in Central Asia on 7 September 2018

ASTANA – Regional cooperation is necessary to empower Afghan women, UN Women Director of Programme Division Maria-Noel Vaeza told The Astana Times in an exclusive interview on the sidelines of the Sept. 5 Regional Conference on Empowering Women in Afghanistan held in Astana. 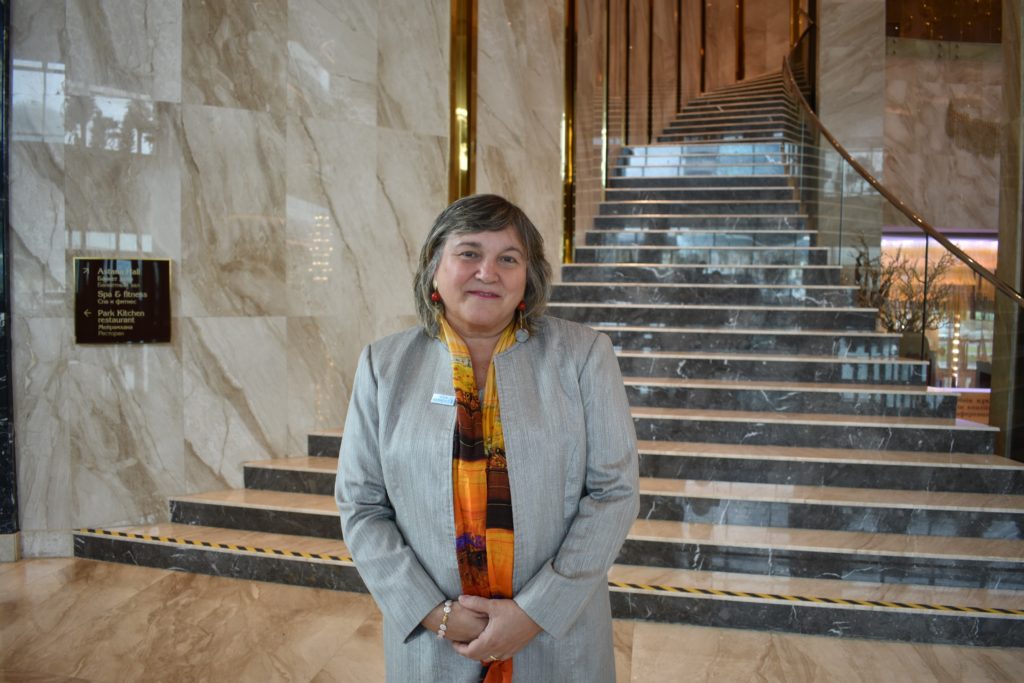 “The gender inequality is a universal challenge,” said Vaeza in her address to the conference. “It is pushing the whole world backwards and we need to work all together to make a reality all the things discussed at today’s conference to empower women of Afghanistan and Central Asia.”

The conference served as a platform for countries to develop a common understanding of a problem.

“Kyrgyzstan, Kazakhstan, Turkmenistan, Tajikistan and Uzbekistan have a common understanding of how to support and to empower women in Afghanistan. Connections achieved today will continue. The Afghan delegation today represents the future of women in Afghanistan. They are educated and strong. Of course, they are a minority, but they are there and they are a seed of a future development,” Vaeza told The Astana Times.

She also noted the role of Kazakhstan in regional interaction.

“The political importance that Kazakhstan has put into Afghan women is priceless. This is fantastic not only because Kazakhstan has committed resources for education, but also it has committed a political way to it. This is also important because sometimes our country is in a crisis. But what happens is that the donors fade away because it’s not the news of the day. And I think this conference helps to continue having Afghanistan women in the political eye, which is important. Once they are all in the school, they are all educated. We need to continue the fight daily,” Vaeza noted.

UN Women supports Kazakhstan’s vision of a regional concept of supporting each other. As a UN Security Council member, Kazakhstan represents not only Central Asia, but also Afghanistan, promoting the interests of the country among its priorities.

“Regional integration is the best thing that can happen, not just the integration of the infrastructure programmes, but also the mind-set of interconnectivity and supporting each other. If we get together, we can make it. Afghanistan is at a crossroads. And the elections are a particular landmark, not only the parliamentary elections, but the next presidential election, to consolidate those changes. And what came today very clearly is that the glass is half full. It’s not half empty as it was before. We have three million girls sitting in schools. This is a potentially amazing capital of the country for prosperity,” she said.

The European Union has announced major plans to finance the training and education of Afghan women in Kazakhstan and Uzbekistan, empowering them economically and making them more independent.

“This means that different type of cooperation will start to foster regional integration. It will be great and they will foster a relationship. Those links are going to be there forever. If a woman goes back to Afghanistan to work and start producing something, the first market she’s going to think is the country where she had studied. It is important also to think about the neighbours and bigger areas for prosperity, growth and sustainable development,” she said.

The international organisation collaborates with the Kazakh government on the implementation of the legislative framework for ending violence against women.

“We want to link this to women’s economic empowerment. The prevalence of violence in Kazakhstan is low compared with other countries, but still there are women that are suffering and we need to take care of them. The part of the sustainable development agenda is to leave nobody behind. And this is the focus of our attention. We believe that the most powerful instrument of development is the national budget and what the government has available derived from taxes and programmes. Public funds should go to support women that are left behind. Also, all the investments that the government do have to have a lens of gender. We are experts in those and we bring this expertise to Kazakhstan,” she said.

Since 1999, UN Women in Central Asia promotes women’s equality with a focus on four main aspects.

“It is necessary to increase women’s political participation. It is only 25 percent in the world, which is very low. Our aim in the next four years is to grow the women’s political participation in parliaments but also as presidents. In Kazakhstan, we have only 4 percent of women that are CEOs, but around the world it is 11 percent. We want to achieve the women’s economic empowerment. The second and third outcomes are the elimination of violence against women. The fourth is women, peace and security,” she said.