By Dilshat Zhussupova in People on 28 September 2018

ASTANA – “Find Your B – Find your inner Batyr” podcast founder and presenter Kairzhan Albazarov found himself deeply dissatisfied, anxious and lost in his youth. Thinking something was wrong with him, he distanced himself from understanding who he truly was, but still did not receive the approval he desired from others. Relying on self-help books, mentors and professionals for his inner transformation, he was able to face adversity head on.

A petroleum engineer, Albazarov completed his education at Kazakh-British Technical University and the French Institute of Petroleum on a scholarship basis and worked on oil and gas projects in Denmark, Kazakhstan and the United States. Despite flourishing by conventional measures of success, he felt his potential was not fully realised.

Albazarov chose to create a podcast that would have helped him during hard times at school and in his career and personal relationships. He established a platform for what he hoped would be sincere communication among the generation growing up in a post-Soviet time of uncertainty and changing values, for whom deciding what truly mattered to them was particularly tricky. 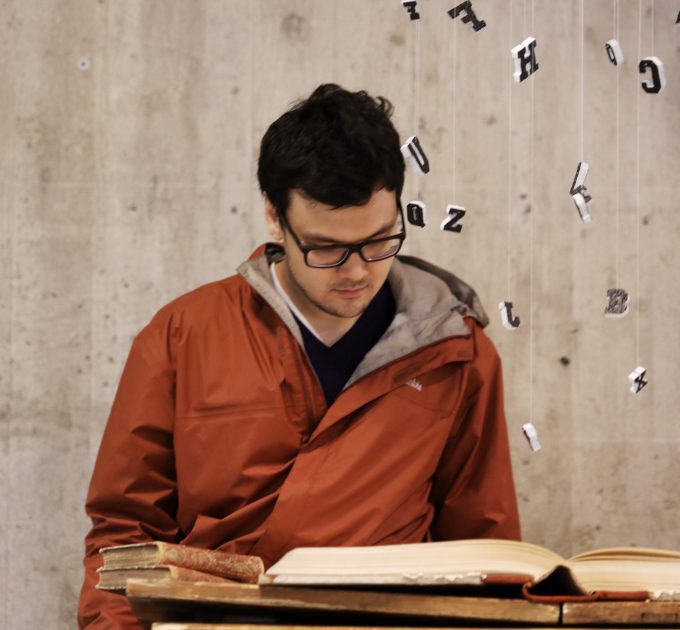 “Find Your B” could not be more aptly named. For Albazarov, rather than simply a courageous national hero of enormous physical strength, a 21st century batyr (Kazakh warrior) is also an individual of unwavering values and principles.

“Batyrs know their strengths and weaknesses; they are ready to say no and are not afraid to upset their surroundings. They are ready to laugh at themselves and share their pains and joys; they are sincere and sensitive to others. Batyrs are the masters of their lives and claim responsibility for their decisions. Most importantly, a batyr of modern times has no gender – it is a guy or a girl who knows what he or she wants and does not betray his or her principles and dreams. This batyr is a role model for a new generation and a future national idea,” he writes on his website www.findyourb.com.

Among his interviewees are ordinary people who carried out extraordinary transformations of themselves and their lives. Guests such as Madi Mambetov, Moldir Mekenbayeva and Sayasat Nurbek have defined success for themselves, often defying societal expectations. Hailing from diverse backgrounds, the common thread among them is that they are ready to speak openly on their joys and vulnerabilities.

“Initially, I wanted to interview people with great achievements, but I have since lost interest in that approach because it has been done to the point of oversaturation,” he said. “Recently, I spoke with a Kazakh from Mongolia who had a difficult fate, withstanding business failure, exercising civil disobedience and facing the consequences. These kinds of stories, in which we observe people’s strength and ability to face adversity, are fascinating to me. In this way, I am interested in a person’s fate regardless of their name and status.”

A defining feature of Albazarov’s presentation is his ability to get guests to open up in a personal way, despite not being acquainted with them or having met in real life.

“Perhaps committing to a structure and thoroughly preparing for the interview helps. I also conduct a background check, find whatever information is available online and ask people around me so that I may establish an idea of the person, as well as the ‘gaps’ or what remains to be explored. My guess is that people are more trusting when they sense that I am prepared and will not ask them the same old questions,” he said.

The presenter acknowledges that finding his podcasting voice and style is a work in progress.

“My struggle in deciding to start the podcast was that I was not satisfied with my diction and I remain unsatisfied. Due to having a speech defect, particularly that I rhotacise, I did not think that podcasting was a possibility. Still, receiving positive feedback has encouraged me despite this setback,” he said.

His audience consists of 16-40 year-olds from Kazakhstan’s major cities, many of whom studied abroad and regularly consume foreign media. What connects the wide group of listeners is a recognition of a lack of sincerity and meaningful engagement in contemporary society.

“Perhaps if I lived in Kazakhstan I would have created a YouTube channel, but since I reside in Denmark, I don’t have the opportunity to meet my guests in person to do so,” said Albazarov. “Podcasts allow me to create the illusion that my interviewee and I are having a conversation in the same room. I also feel that, via podcasts, I can access a deeper sense of engagement with my audience, which is often a more loyal and intimate one.”

“When I met with podcast listeners in Almaty, many mentioned that they used to think they were the only ones who felt they were out of their minds. Rather, there are many of us and it’s comforting that we are not alone in facing these problems,” he added.

He professes that podcasting is time-consuming.

“From the moment I bought a microphone to the moment of releasing the first episode, six months had passed! This process included creating the name, concept, music, design and website, in addition to having to assume the role of developer, which I was ill-equipped to do as someone who was just a social media user. To this day, the biggest issue remains the lack of time. It is tricky to balance family, work and podcasting, but it is nevertheless manageable,” he said.

Despite the demanding time commitments, he has produced 30 episodes.

“The biggest obstacle for podcasts is that people are not aware of what it is,” he said. “There are over 100,000 plays of our episodes, which was certainly unimaginable for me at the start. I remain hopeful that ‘Find Your B’ may expose people to podcasts, whether Kazakh or foreign. I believe that if podcasts were to become mainstream in Kazakhstan, we would observe a significant rise in civil activism and a more knowledgeable and perceptive society, given that people would be exposed to differing opinions from their own.”

Albazarov hopes listeners may find themselves in the interviewees’ stories. Fostering personal development, an inner freedom and critical thinking through sincere and honest conversations is his ultimate objective, since these qualities are often the foundations of a developed and democratic civil society.

“If I had to decide on one message I would like to convey to listeners, it would be that only we, ourselves, get to define what success means for us, what we want for ourselves and how we want to live,” he said.

One can listen to “Find Your B” at www.findyourb.com or on Apple Podcasts, Android, Google Podcasts, Stitcher and Spotify.