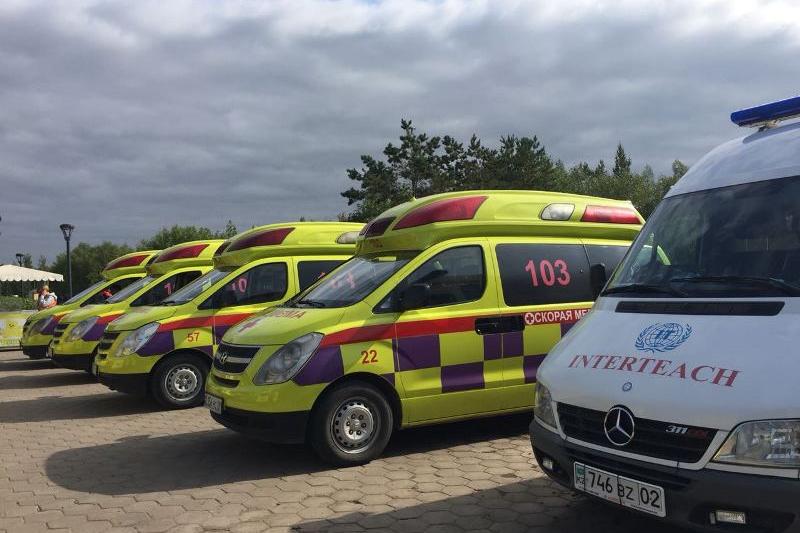 The average arrival time of ambulance teams dropped by 28 percent to 18 minutes and the rate of successful resuscitation increased by 22 percent during the first half of 2018 as compared to the same period in 2017.

“Today, urgent medical care for us is of high importance. This is because one of the strategic indicators of the development of a state and the effectiveness of a health system is life expectancy. Sudden mortality, often associated with chronic diseases and aging, has a very serious effect on this indicator. Unfortunately, this indicator is not very good for us,” said Birtanov.

Financing dedicated to outpatient services was increased to more than 43 percent of the total guaranteed volume of free medical care, which is 420 billion tenge (US$1.12 billion). “Now a transition from inefficient and costly medical examinations to the [new] programme of management of major chronic diseases leading to hospitalisation and disability in the population is being introduced,” said Birtanov.

Despite the positive trends, life expectancy in Kazakhstan is still lower than that of the developed world. Death from myocardial infarction (heart attack) at a young age of 40 to 50 years, for instance, is rare.

“There are many other reasons – issues of prevention and early detection, the work of the primary network – but in the end, an emergency situation occurs, and much depends on ambulance workers, hospitals and reception rooms. Therefore, we started to increase our efforts in this direction from last year and adopted new standards, orders, projects aimed at achieving these results,” said the minister.