By Aidana Yergaliyeva in Tourism on 28 September 2018 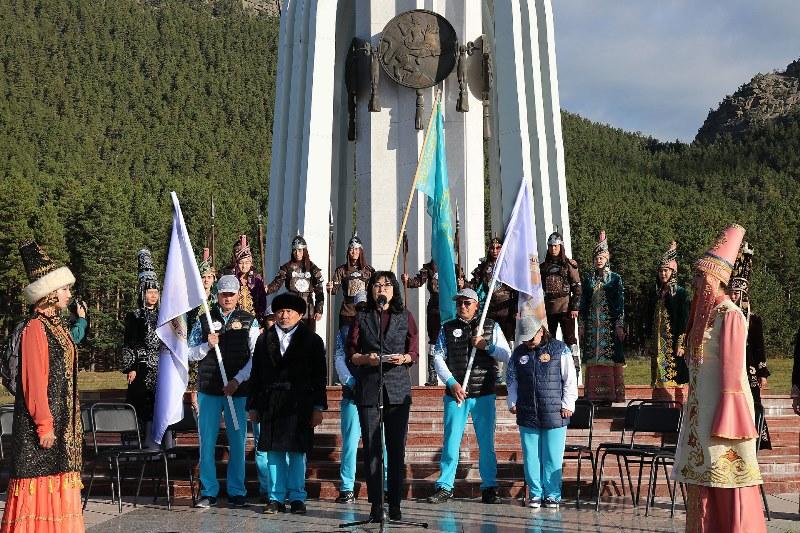 “Khan used this way in political and economic interests. In general, the concepts of ‘Abylaidyn Kara Zholy’ and ‘Abaidyn Kara Sozderi’ (Wisdom Words of Abai) have survived to the present day in people’s memory. If we take into account that the word ‘kara’ in the Kazakh language can have the meaning ‘sacred, ancient, big and others’, the meaning of the phrase ‘Abylaidy Kara Zholy’ is ‘a well-known direct caravan path,’” said International Kazakh-Turkish University instructor Gaukhar Pirimbetova.

The 13-person group included individuals from various backgrounds such as scholars, public figures, journalists and bloggers. The group drove approximately 3,500 kilometres by car.

The project was part of the Ruhani Zhangyru (Modernisation of Kazakhstan’s Identity) programme, which has mentioned the need to connect all Kazakh sacral objects and monuments. One of the main outcomes will be a scientific systematisation and mapping of sacred sites and monuments of historical heritage.

Local authorities plan to organise scientific and practical conferences summing the results of the expedition and publish articles and compilations. They also expect to produce a documentary “Abylai Khannyn Kara Zholy” and unique topographic map using landscape toponyms of the Khan Zholy route.

The scientists involved in the project are from Kazakh history and research institutions such as History of the State Institute, Sacred Kazakhstan and the Military Historical Museum of the Kazakh Armed Forces.

Local authorities believe the Akmola region, which possesses a rich historical past, should become the foundational site for the restoration and propagation of cultural heritage. They launched the project on Abylai Khan Square near the Kokshe Mountain in the Burabai region Sept. 14 at the ceremonial start of the expedition.