By Elya Altynsarina in International on 15 September 2018 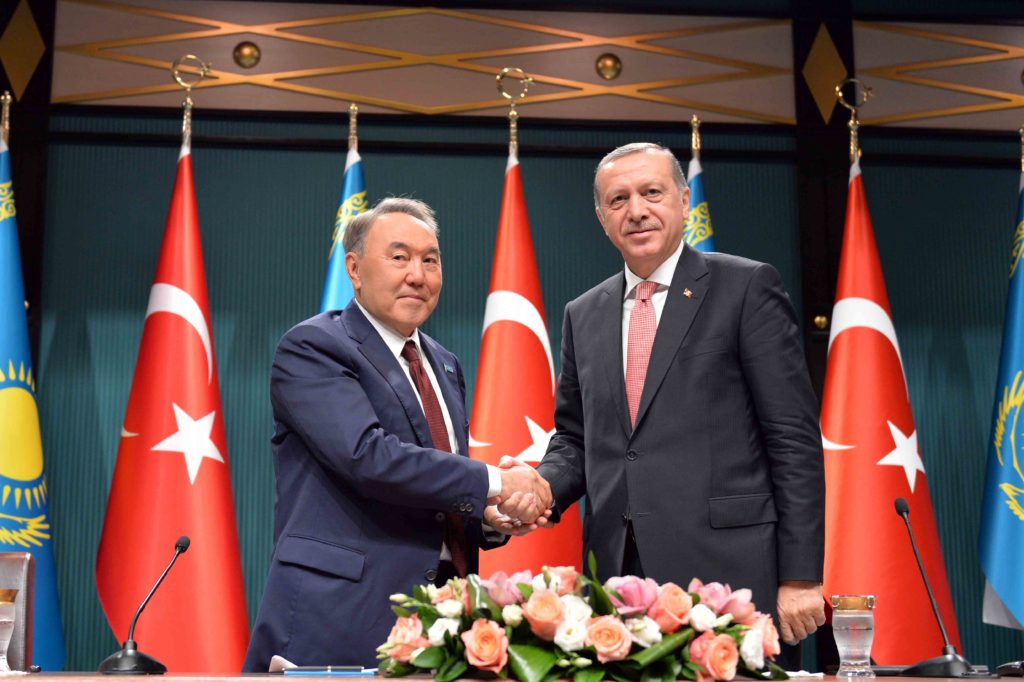 “Relations between Kazakhstan and Turkey are developing in the spirit of strategic partnership, an important component of which is trade and economic interaction,” Nazarbayev said during the visit.

Turkey is among Kazakhstan’s top 10 trading partners and trade between the two countries grew 27 percent in 2017.

Following a visit to the Kulliye presidential complex in Ankara and meeting with his Turkish counterpart, the two leaders, Kazakh and Turkish delegations sat for the Strategic Cooperation Council meeting.

The council with the heads of state and government ministers reviewed cooperation in oil and gas, military industries, transit and education and agreed to develop closer agricultural, tourism, science and technology cooperation.

“Kazakhstan is one of Turkey’s most important strategic partners,” Erdogan said. Calling Nazarbayev a ‘patriarch of the Turkic world,’ he said relations would grow in all sectors after the visit.

Nazarbayev congratulated Erdogan on his reelection in June.

“When Kazakhstan declared its independence on Dec 16, 1991, late President of Turkey Turgut Ozal was the first to call me, just two hours after the announcement, to inform me Turkey recognises our sovereignty,” Nazarbayev recalled. “Since that day, our relationship is only growing.”

“Astana and Ankara are open to each other in discussing the regional and international topics, our positions are similar,” he said. He said both countries want to strengthen the political dialogue and friendship between the fraternal peoples.

Nazarbayev also met during his trip with Turkish business leaders and noted that 1,800 businesses operating Kazakhstan with Turkish capital, and annual trade volume has reached $2 billion. He said the sides agreed on a new goal of $5 billion.

One day before Nazarbayev’s visit, a Kazakh delegation led by Deputy Prime Minister Askar Mamin participated in the Kazakh-Turkish Investment Forum and signed 24 commercial agreements totaling $1.7 billion. The agreements are in the non-resource sector of Kazakhstan’s economy and are expected to create 3,000 jobs.