By Staff Report in Nation on 8 September 2018

ASTANA – Kazakhstan President Nursultan Nazarbayev visited AlmatyGenplan Research Institute Sept. 5, where he was presented with a three-dimensional model of the city. He noted people moving to the urban area is a natural process, resulting in the need to help them build their own houses and develop the city’s infrastructure. 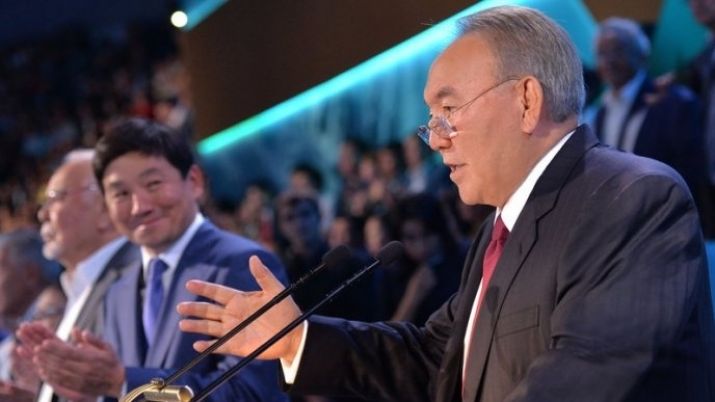 The 3D-project shows the state of the city using more than 1,000 indicators including traffic on its roads, public transport congestion, the criminogenic situation and even budgetary expenses. In the future, there are plans to introduce 27 more systems and databases for the metropolis’ operational management.

Nazarbayev noted the number of residents in the country’s large cities will increase and highlighted the need to create comfortable living conditions.

“It doesn’t depend on our wishes, but people will still move to live in Almaty. We have to think about this and implement it in the future plan. Of course, there is no free space inside the city, but we need to give people an opportunity to build their own houses on the outskirts of Almaty and then people will provide comfortable living conditions for themselves,” he said.

The President has also emphasised the importance of developing the city’s infrastructure, including public transport, streets, passages and driveways.

In addition to the modelled version, the head of state inspected real changes in Almaty, walking along the renovated Abai and Nazarbayev avenues where pedestrians and bicycle paths were recently reconstructed. He was also demonstrated updated underground passages and visited the city’s industrial zone with electric car factories and a cable, metal and wire production plant.

Nurly Zher, the state affordable housing programme, aims to provide land and housing development and offers mortgages for qualified citizens at low interest rates. As of July, 3,556 loans for 37 billion tenge (US$107 million) have been approved since the programme’s inception.