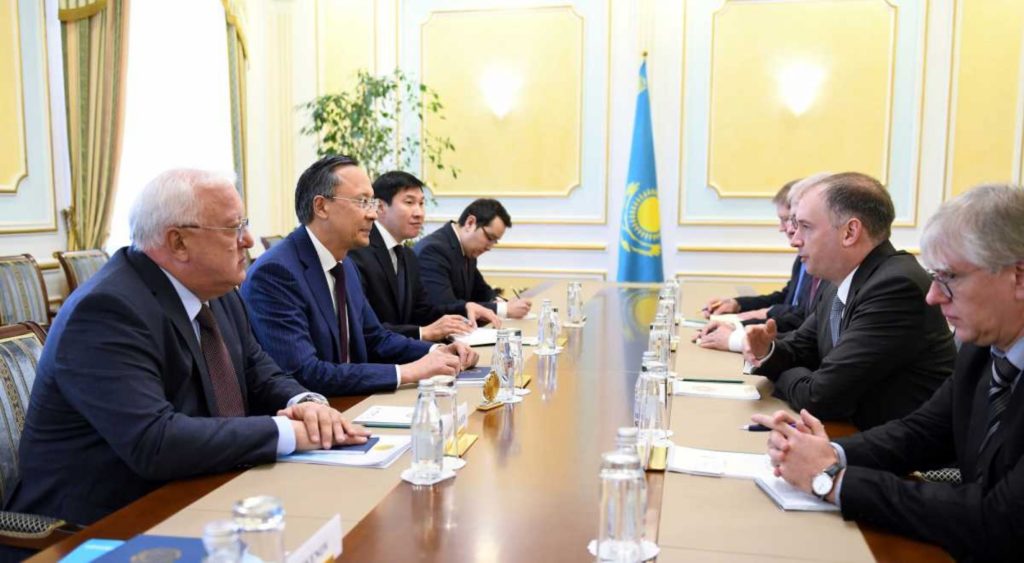 According to the Kazakh foreign ministry, the officials discussed the Kazakh – German strategic partnership in trade, economics and politics with a particular focus on the high-tech industry and education.

“Cooperation between Kazakhstan and Germany has become sustained on the whole range of relations. And regular contacts at the highest level between President of Kazakhstan Nursultan Nazarbayev, Federal President Frank-Walter Steinmeier and Federal Chancellor Angela Merkel are of paramount importance,” Minister Abdrakhmanov noted.

The Kazakh foreign minister said the countries have the potential to increase trade, economic and investment cooperation.

The German side noted Kazakhstan is a priority for Germany’s foreign policy and economic agenda in Central Asia and thanked Kazakhstan for supporting Germany’s candidacy for a non-permanent seat on the UN Security Council for 2019-2020.

It was emphasised that more than 90 percent of German investment in Kazakhstan’s economy is outside the energy sector, particularly, in the manufacturing and chemicals, building material production, transport and agribusiness. The sides noted the importance of cooperating in these areas, especially given the achievements of Germany in implementing Industry 4.0 technologies.

The sides also discussed international issues, including Syria and the DPRK.