WARSAW, Sept. 14 – The annual meeting of the Organisation for Security and Cooperation in Europe’s (OSCE) Office for Democratic Institutions and Human Rights in Warsaw on Sept. 10-21 focused on topical human rights issues such as the provision of basic human rights and freedoms, rule of law, independence of the judiciary, freedom of speech and the media, freedom of assembly, religious and national minorities, democratic elections, gender equality and combating human trafficking. 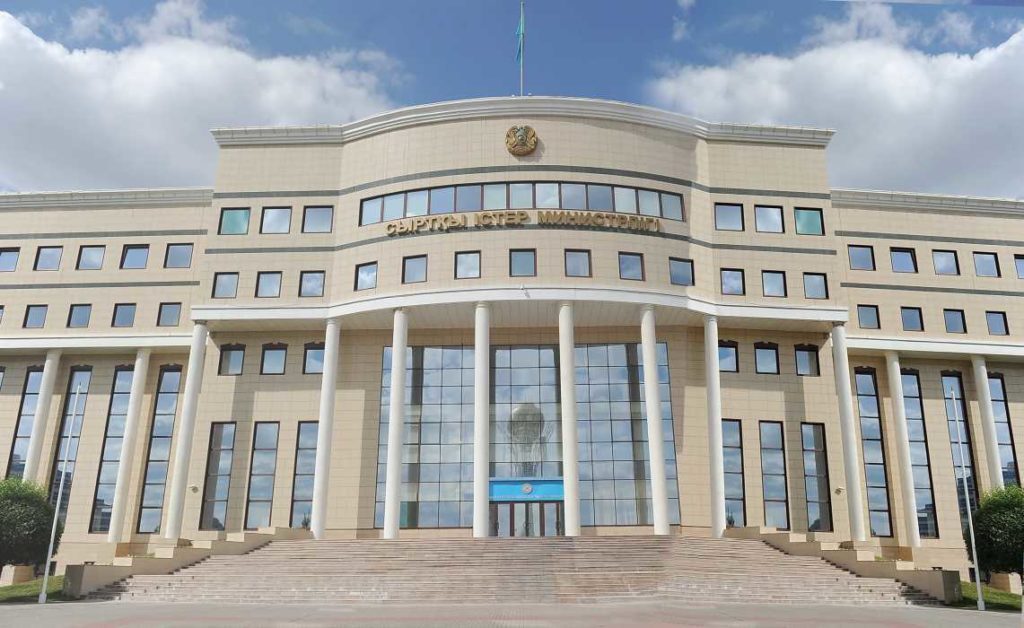 The Kazakh delegation led by Ministry of Foreign Affairs Ambassador-at-Large Zhalgas Adilbayev was composed of representatives of the Assembly of People of Kazakhstan, Central Election Commission, Ministries of Foreign Affairs, Information and Communication, Internal Affairs and Social Development, the Office of the Commissioner for Human Rights and the Prosecutor General’s Office.

The Warsaw meeting is the largest and most representative event within the organisation’s humanitarian dimension, with approximately 1,000 non-governmental organisations (NGOs) and national delegations from 57 OSCE member states participating every year.

The first two days focused on the role of democratic institutions, including at the national, regional and local levels, holding democratic and open elections in the OSCE area and ensuring freedom of the media. The participants discussed relevant issues related to the topics, becoming acquainted with partner countries’ experience on the topic.

Adilbayev also stressed the role of non-governmental human rights organisations that play a key role in the national system for the protection of human rights. He noted the nation’s state policy is aimed at developing and supporting the activities of civil society institutions.

The Dialogue Platform on Human Dimension, a consultative and advisory body, has been permanently operating since 2013 at Kazakhstan’s Foreign Ministry and was cited as an example of the work carried out by the ministry in cooperating with NGOs. The body’s main participants are the leaders of human rights NGOs and heads of state agencies. In this context, Adilbayev said since its inception, more than 20 meetings have been held, more than 100 recommendations developed and adopted for implementation and another 50 recommendations of international human rights organisations and civil society representatives selected by the government to improve national legislation and law enforcement practice, resulting in developing 50 road maps.

Central Election Commission member Zauresh Baimoldina spoke about modernising Kazakhstan’s electoral legislation in accordance with international standards, which is primarily aimed at “further improving certain legal norms and institutions of the electoral process, including based on the OSCE/ODIHR (Office for Democratic Institutions and Human Rights) recommendations,” she said.

Mikhail Komissarov, a representative of Kazakhstan’s Ministry of Information and Communication, noted the country is taking steps under its international commitments to ensure respecting citizens’ rights to freedom of speech and expression. Large-scale work is being carried out to modernise the national media landscape, develop a strong and competitive national media and develop dialogue among the state, society and professional participants in the media market.

Kazakhstan’s civil society also participated in the meeting, initiating a number of events devoted to various topics in accordance with the agenda. A discussion organised by Kazakh human rights activists was attended by representatives of the nation’s delegation, U.S. State Department and U.S. Embassy in Kazakhstan and human rights defenders and representatives of civil society, including Arsen Aubakirov, Ruslan Issenov and Natalya Kovlyagina.

Aubakirov described the meeting as non-standard, but consistent and held regularly to discuss current issues of Kazakhstan’s political development in line with international platform standards. He noted the recommendations developed as part of the event will be discussed in working groups with representatives of state bodies.

A representative of the Kazakhstan International Human Rights Bureau, Issenov presented statistical data on revealed and eliminated violations in the penitentiary system and made a comparative analysis of activities against the background of other Commonwealth of Independent States (CIS) countries and Central Asia.

Gulmira Aukasheva, a representative of the National Centre for Human Rights, presented the Model National Preventive Mechanism (NPM) in Kazakhstan theme in detail. She talked about the structure and basis of NPM activities, measures used to develop the institution and training human rights defenders in monitoring penitentiary institutions, as well as plans to extend the seats that are being considered in the Kazakh Parliament.