By Abira Kuandyk in Tourism on 6 September 2018

ASTANA – At first glance, Inder Salt Lake, located 180 kilometres from Atyrau city, might remind some of Salar de Uyuni salt flat in Bolivia. The lake attracts visitors to the scenic view of its emerald water surface, sparkling to the horizon in the open steppe. Its mud and salty water is also believed to relieve several diseases. 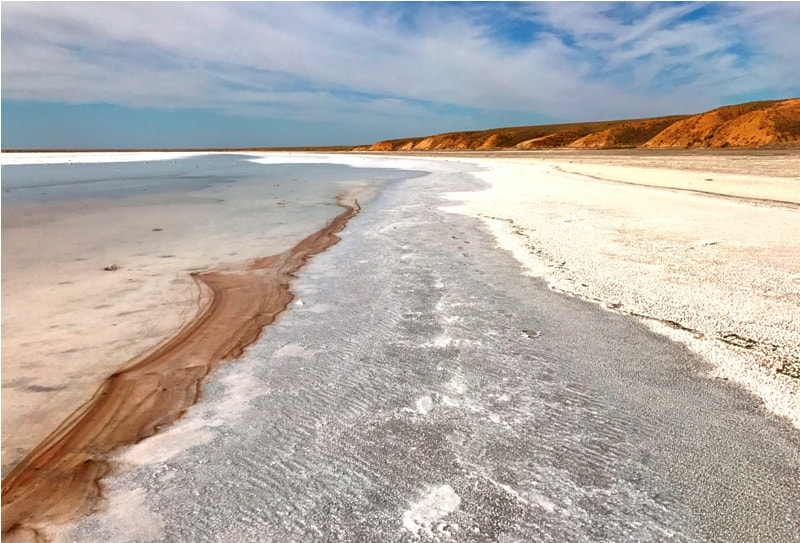 Also known as Tuzdykol (salty lake) among locals, Inder Lake is a large drainless salt lake located 10 kilometres east of the Ural River, five kilometres from the southern border of the West Kazakhstan region and 150 kilometres to the north of the Caspian Sea coastline. Its shape is rounded and slightly elongated from north-west to south-east, with a diameter of 10-13.5 kilometres and surface area of approximately 110 square kilometres.

Famous for centuries for its curing properties, the mud and salty water are felt to relieve joints, asthma, bronchitis and gynaecological diseases, although their chemical composition needs regular investigation to understand the healing properties.

Guests are encouraged to visit the lake at certain times of the year. The most favourable period is the hottest time, July and August. Travellers are urged to come before 11 am and after 7 pm and bring warm clothes, a hat, glasses, food and drinking water.

Rivers do not flow into the lake, as it is fuelled by salt springs melting off the coast and rain water in the spring. The water contains high quality salts such as potassium, bromine and boron which are exploited, as the thickness of the mines reaches 10-15 metres in various spots.

The lake also features inderite, a mineral with energy and qualities similar to boracite. It is colourless to white, usually comes in the form of prismatic or tabular crystals and originates in Kazakhstan and the U.S. Inderite is believed to be highly cleansing, especially for the chakras, with special emphasis on the solar plexus, heart, throat and third eye, according to crystalage.com. 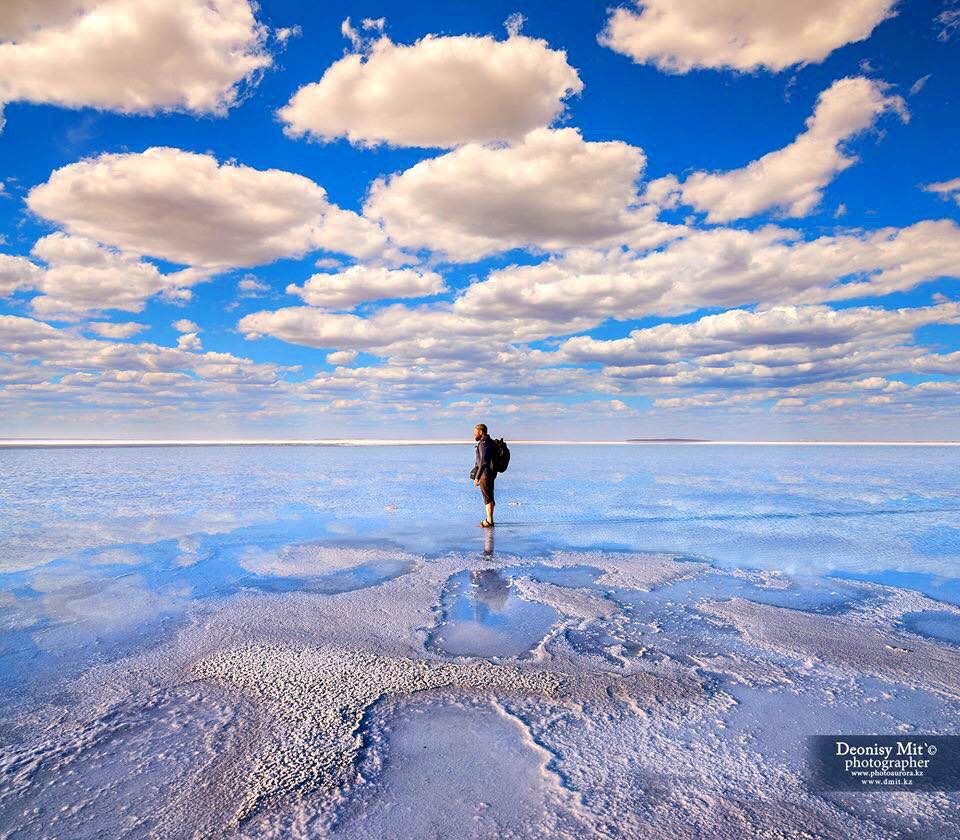 In the lake stream, Aulie Kyz (sacred girl) is a river full of mystery. Legend has it she climbed to the top of the mountain to find an unusual stone named Dender. The girl began to cry from grief, raising her head to see a sparkling lake in front of her. As a result, the site is visited by women who are unable to conceive.

The nearest airport is in Atyrau, with regular flights from the capital, Almaty and other destinations. The closest railway station is in the same city. Guests can either rent a taxi or take a bus for the approximately two to two and a-half hour trip.

Though Inder Salt Lake is in need of infrastructure development as well as thorough investigation, it is still a spectacular destination, especially for adventure lovers.